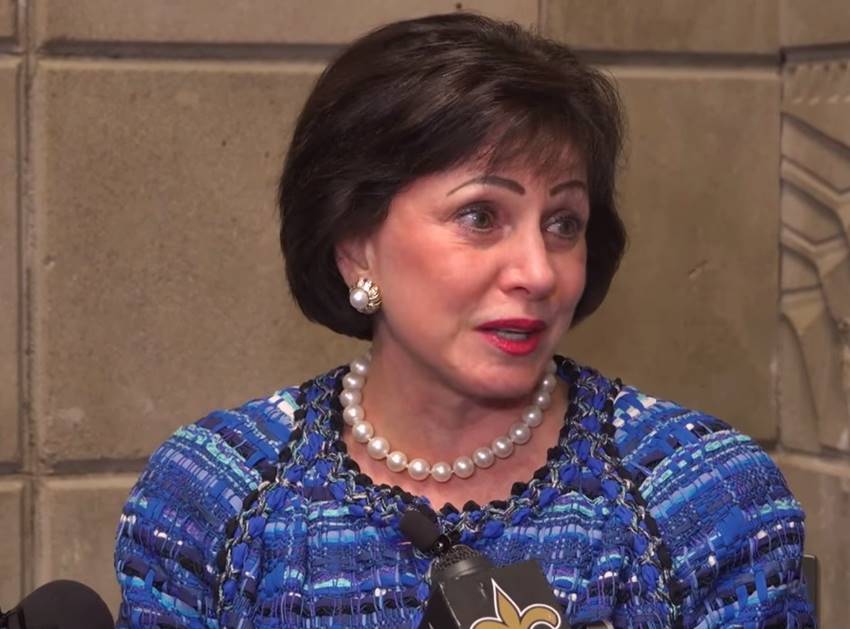 New Orleans Saints and Pelicans owner Gayle Benson was the victim of an attempted carjacking this past Saturday, Saints officials confirmed Friday.

“I can confirm that an incident did occur in Orleans Parish involving Mrs. Benson while she was in her vehicle. While she was very shaken at the time, she was unharmed and is doing fine. She wanted to send her sincere gratitude to the men and women of the New Orleans Police Department that responded so quickly and professionally. We cannot comment further as this is an active investigation.”

New Orleans Police say Benson was inside of her vehicle on the 6200 block of South Claiborne Avenue at roughly 2:15 p.m. Saturday, Oct. 10 when one of the suspects exited a white Nissan Titan parked next to her, entered Benson’s vehicle and demanded she leave her vehicle. The suspect ended up leaving her vehicle, re-entering the Titan and driving away.

The suspect in question is a black male with facial hair, according to police.

Benson, 73, did not suffer any physical harm in the incident.