As New Orleans begins to re-open, future of Audubon golf course in jeopardy 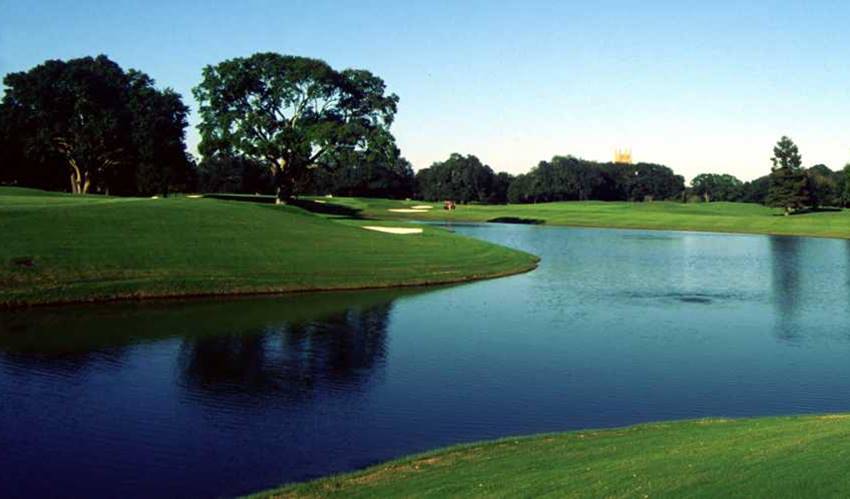 Could the COVID-19 pandemic mark the end of a 122-year-old New Orleans sports landmark?

The Golf Club at Audubon Park – voted by Golf Digest as No. 1 among courses over a century old – is in jeopardy of being repurposed.

Audubon Nature Institute CEO Ron Forman said at the most recent meeting of the Audubon Commission earlier this month that “the future of the golf course will be determined in a planning process,” which would include public meetings and comment from both golfers and the public at large.

The meeting was held via video conference and is posted as an unlisted link on the Audubon Nature Institute’s YouTube page. The link was shared on a recently created Facebook group, “Save the Golf Club at Audubon Park.”

“The commission will have a question to answer down the road,” Forman said during the meeting. “We want to do it the right way.”

While all other New Orleans-area golf courses remained open with certain modifications as a source of socially distant recreation during the recently expired stay-at-home order, Audubon’s course was closed.

“Audubon has closed the golf course during COVID-19 outbreak for the safety and welfare of our employees and our community,” Audubon Nature Institute executive vice president of public affairs and general counsel Rebecca Dietz said in a statement released Monday morning. “We will reopen the golf course in the coming weeks when we have sufficient staff to do so safely. Reopening will require course maintenance and crowd management. We are not in a position right now to make long-term decisions about the golf course.”

Local golf enthusiast and Facebook group creator Tyler James Smith has played at Audubon for more than a decade.

“During this breakout, I have been playing golf all around the coast in Mississippi and Louisiana and the golf professionals and (general managers) have been reporting record numbers in revenue for March and April,” said Smith, who has also launched a petition to keep the course open. “Generations of families have learned to play golf and live the game at Audubon.

“If there was a 100-year-old home or statue trying to be taken down, then the city would be in outrage. Yet Audubon is … trying to close one of the absolute gems of New Orleans.”

The pandemic-related closures have left Audubon Nature Institute at a financial crossroads. It has reduced its workforce over the last two months through furloughs and layoffs, including 53 full- and part-time staff members from the golf course and golf clubhouse. Audubon is projecting it will lose $21 million in revenue during the second quarter of this year.

“As we have seen in the last several months, there is increased community interest in more open park space as well as maintaining the golf course,” Dietz said in the Audubon statement. “Because Audubon Park is a community park, the Audubon Commission would hold public engagement sessions and receive feedback from all park users before any change in use was considered.

“We appreciate all feedback from the community and we will widely announce any planning meetings in the future concerning the golf course.”

Golf has been played at Audubon since 1898. It is one of 18 courses that make up Louisiana’s Audubon Golf Trail.

“It’s been there (more than) 100 years,” Forman said in the commission meeting, “but times change … and this is a chance to look at everything we do differently. If we can do something better, that’s a good conversation to have with the public.”

The golf course “pretty much breaks even,” Forman said in response to a question from one of the commissioners, but ending its operation would actually create more costs for Audubon in that the cost of maintenance for that portion of the park would have to be absorbed, to the tune of approximately $300,000 annually.

The Golf Club at Audubon Park was redesigned in 2001 as an “executive course” with a par-62 layout in which two-thirds of the holes are par 3s. In addition to public play, it plays host to dozens of charity events annually and is one of the most popular after-school sites for The First Tee of Greater New Orleans’ programs.

The popular online golf outlet No Laying Up visited Audubon last year, describing the track as one of their favorites.