Frost brothers continue to excel on the mat 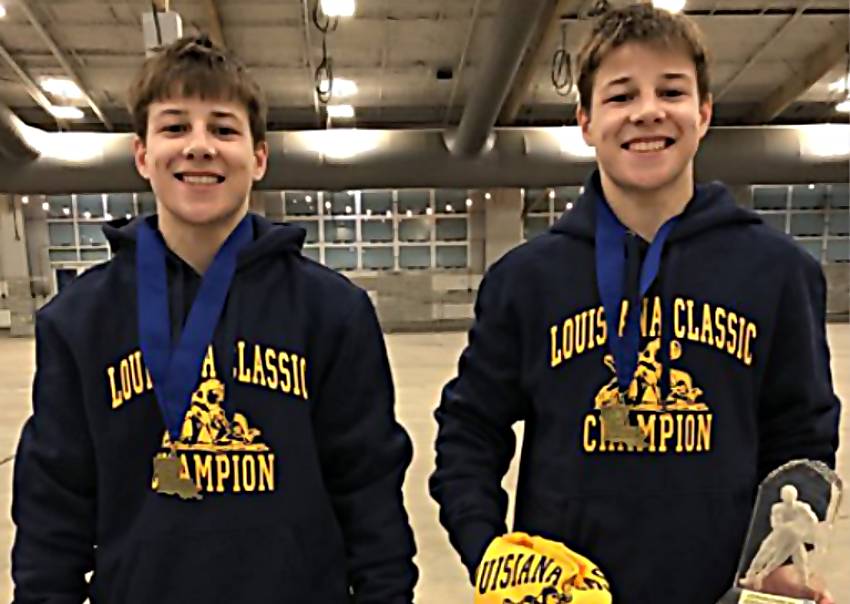 The youngest, from a family of five boys, Evan & Jacob combined, with middle brother Cameron, to begin their four-year dominance. All three won a state wrestling championships in 2019, including Evan and Jacob at 106 & 113, respectively, and Cameron at 170 pounds.

It was the first time in Louisiana high school wrestling, three brothers, in the same year, and at the same school all won state championships.

Evan and Jacob repeated as Louisiana state champions in 2020 and 2021 as they helped lead the Tigers to second place finishes in Division I in 2019 and 2021 and a fourth place finish in 2020.

Wanting to get more exposure and to accelerate the level of competition they face, the twins transferred to Dowling Catholic High School in Des Moines, Iowa to for their senior season.

Aside from their superb exploits on the mat, the Frost brothers have excelled academically, ranked high in their senior class.

Their high school wrestling career came to an end at the Iowa State Athletic Association Wrestling Championship on Saturday, February 19 in similar fashion to how it began.

Both, advanced to the finals, though only one claimed a championship.

Wrestling and competing more than 1,000 miles away from their original home in Metairie, both had an excellent 2021-22 high school wrestling season against a very high level of competition in one of the top states in the country for the sport and continue to compete in club wrestling year-round outside of school competition.

Now, Evan and Jacob move to The Big Apple, trying to take a further bite out of the national rankings in the sport they love.