Watch one of the state and nation’s best high school football rivalries live on CCS and CST. It’s the 99th matchup between the Holy Cross Tigers and Jesuit Blue Jays.

Plus, we have you covered all night with realtime scores on the state’s only comprehensive real-time scoreboard presented by the Allstate Sugar Bowl.

Listen to live updates and analysis of all the game action across Louisiana from 6 to 11 p.m. on Ken Trahan’s Original Prep Football Report on the WGSO 990am New Orleans flagship.

We also cap the high school football weekend with live audio from the Battle for the Megaphone when Archbishop Rummel visits Archbishop Shaw on Saturday afternoon at 2. Then in the nightcap, St. Augustine and Brother Martin renew their Gentilly rivalry live on CCS from City Park. 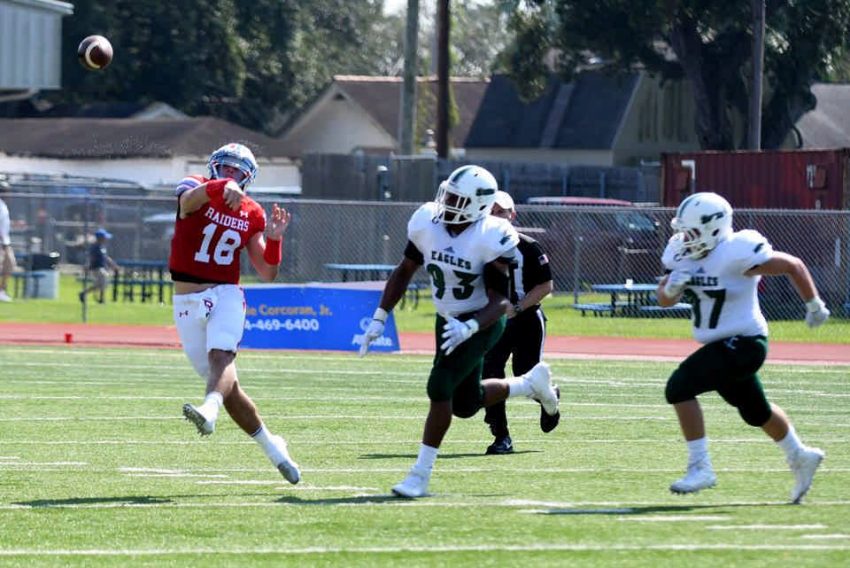 Week 5 of the high school football schedule in Louisiana means it’s rivalry weekend in the Catholic League, and broadcasts of all three matchups will be available Friday and Saturday.

Sophie B. Wright at Belle Chasse

Dunham at The Church Academy

Archbishop Rummel at Archbishop Shaw, 2 p.m. on WGSO 990 AM

St. Augustine vs. Brother Martin, 7 p.m. at Tad Gormley on WGSO 990 AM & CrescentCitySports.com