Free agents who may interest the Saints 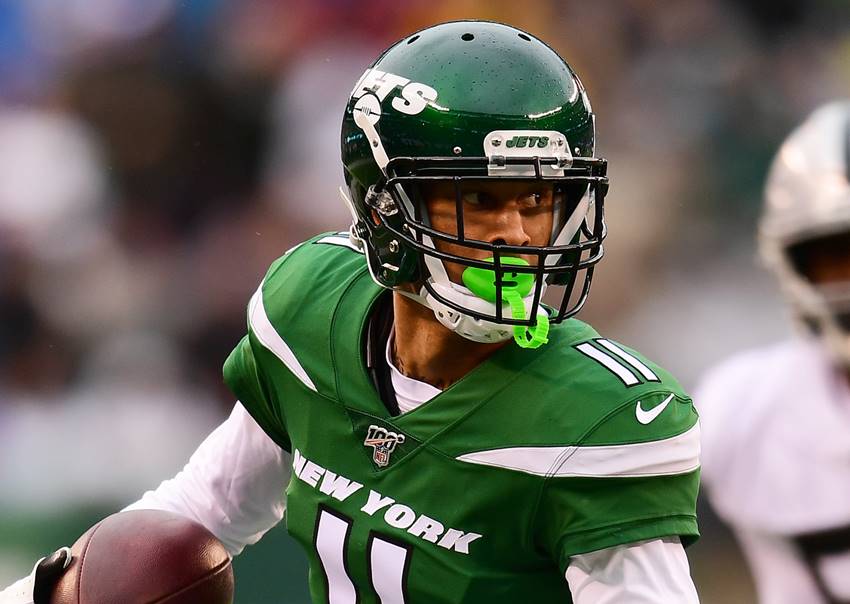 The Black and Gold may target a wide receiver to team with Michael Thomas. At cornerback Eli Apple may or may not be afforded a new deal while Janoris Jenkins could be released to free up $11 million and P.J. Williams may also have a new address for ’20.

Andrus Peat, still just 26 years old, played in 10 games in 2019 and missed nine contests over the past two seasons. Injuries have been an issue for him and his running mate at the starting guard spots, Larry Warford, inked a $34 million deal to join the Saints in 2017, averaging $8.5 million per season. Nick Easton came aboard last fall with a $22.5 million deal, averaging $5.6 million. One would think only two of those three men will end up staying in New Orleans at their expected salaries.

This free agency period promises to be wild with a lot of twists and turns. Rumors even have Tom Brady reportedly in the cross hairs of the Raiders for a two-year, $60 million deal. While trying to decide what to due with Cam Newton still under contract, Carolina is one team which seems to have great interest in Teddy Bridgewater. The quarterback questions are plentiful around the league.

As for the overall needs of the Saints, here are some names I feel the Saints may have high levels of interest in signing when the time comes. Some are much more plausible than others.

The 28-year old has battled some injuries, but he can dominate as a run blocker. He allowed one sack last season in 643 snaps for the Redskins but missed five games and was flagged for nine penalties. He earned $5.3 million last year. Gauging the market, he will be seeking around a four-year deal in the range of $49 million. The Dolphins, Bills and Cardinals are expected to be among his suitors but he would be worth at least a look for New Orleans.

With the Ravens the 27-year old recorded 9.5 sacks and forced four fumbles last season with 7.5 sacks, 10 tackles for loss and 20 hurries. The 2011 fifth round pick has played in a 3-4 alignment, thriving as a pass rusher. Judon is also a team leader with great upside. He could be signed for a deal in the four-year, $65 million neighborhood. He may not be a fit for the Saints scheme and budget but Judon is someone who can help any defense.

The good news is the 27 year old with the Jets is a potential good fit for the Saints. He went undrafted in 2016 but may need a change of scenery after becoming a starter. Very explosive, Anderson is good on 50/50 deep balls. He snared 52 passes for 779 yards (15 yard average) and five scores in ’19. Denver and Philadelphia are thought to have interest. Many feel he is seeking a three-year, $48 million contract. That’s the bad news – too rich for the Saints’ blood.

A 27-year old who made a mark with Patriots as a third round pick in 2016, he grades very highly as pass blocker and does not allow sacks. New England may not be able to accommodate him after dolling out big contracts to Shaq Mason and David Andrews. In 1,140 snaps last season, he allowed one sack with no penalties. Likely to fall around the $13 million per season range, Thuney rates as a a better big payday guy than Peat if the Saints want to spend.

A first round pick of Ravens in 2015, he ran a 4.24 forty at UCF. Things didn’t work out in Baltimore but he thrived when a late season opportunity came in 2019 after he signed a one-year, $4 million contract this past offseason with the Buccaneers. He caught 36 passes for 645 yards and six touchdowns in 652 snaps with a big December after Bucs starters Mike Evans and Chris Godwin were injured. The son of former Saints draft pick Brett Perriman may fall in the affordable category.

The 28-year old made nine interceptions and runs a sub 4.4 forty. Very aggressive and athletic, Super Bowl 50 champion has fared very well against top receivers like Michael Thomas, Julio Jones and Keenan Allen. He may not leave the Texans but he will get paid well for certain.

Now 29 years old, the former seventh round choice of Oakland in 2014 played well at the nose tackle spot for the Broncos. The Saints don’t have his position as a high priority, but it doesn’t hurt to kick the tires. In the end, Malcolm Brown’s presence on the roster in that highly-paid role likely makes the point moot. I can see Harris earning a three-year, $37 million range.

The 28 year-old has made 64 starts in 66 NFL appearances. in 1,063 snaps with the Titans last season, he did not allow a sacks and drew four yellow flags. After one season in Buffalo, he’s been solid the last four in Tennessee and opened lots of holes for Derrick Henry. He also grades out high as a pass blocker. Maybe two-years, $9 million might be enough but that type of price would make Tennessee likely to keep him.

Undrafted in 2014, Roberts has worked hard to make it. In 78 contests, he has 179 catches for 2.097 yards and 15 scores. After four seasons in Oakland, he played for the Ravens in 2019 and earned $2.4 million. Perhaps he can be a buy low candidate for New Orleans where a chance to start would be appealing.

A little long in the tooth at 34-years old, he is still productive as a slot receiver. After a good year for the Lions, he may return to receiver-thin Patriots. Only injuries have slowed down the proven Amendola who has 547 career grabs for 5,262 yards and 21 touchdowns. In 2019, he managed 62 catches for 678 yards and one touchdown in an offense that became toothless in Detroit after multiple quarterbacks were injured.

A fifth round pick of the Eagles in 2016, he has 20 career starts in 55 games to his credit. The 27-year old could be a swing tackle of high interest to the Saints in the $4-5 million range.

At 25 years old with 13 starts, he is potentially a very affordable option. In 2019 with the Titans, he made 37 tackles with six for loss and five sacks. Havign flashed impressive skills in the back half of the ’19 campaign in Tennessee, he might be a logical replacement in New Orleans if the team moves on from AJ Klein.

The 26-year old shined in cover the past two years with the rams, totaling six interceptions and 18 passes defended. He is the rare every-down linebacker who can run step-for-step with tight ends. Littleton is also a downhill tackler vs. the run. A Pro Bowler and second team All Pro for his work in 2018 special teams, he had 10 tackles in the Super Bowl. in 2019, the University of Washington product followed up with 134 tackles and 3.5 sacks. A four-year deal at starter’s money would be a wise investment.

At 26 years old, he proved with the Packers that he can be relied upon for great effort. A downhill tackler, he has average coverage skills. You cannot doubt he production, totaling 140 or more tackles in three consecutive seasons and totaling 19 career sacks in 50 games. He’s probably in the $15-16 million per season range.

Those are just a few options. We cannot read the minds of the Saints front office but it’s fun to speculate. Let’s see what they decided to do.