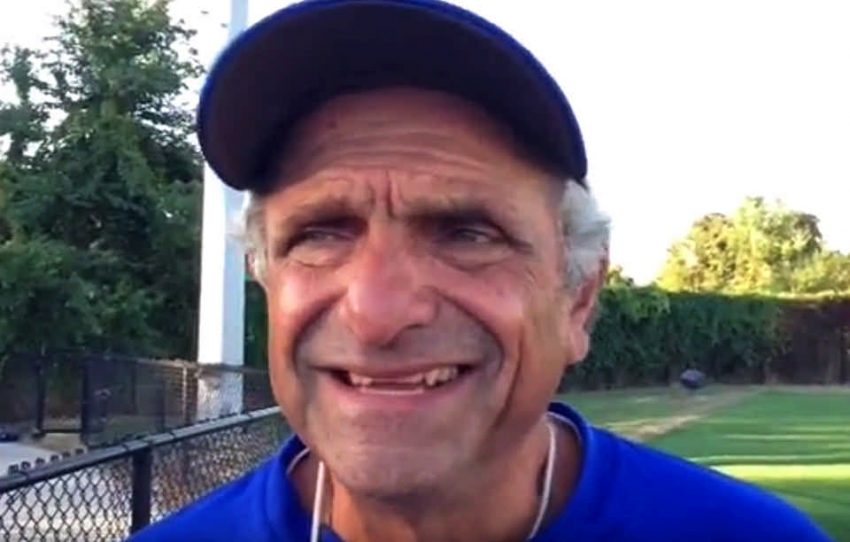 At 72, the tremendous run of Frank Monica in coaching has come to an end—for now.

On Tuesday, Monica was open and willing to talk about his decision.

“I don’t know if there is such a thing as a perfect time,” Monica said. “You always wonder when the time is just right but it just felt like it was time to step aside. This season was a long one and challenging one and it took a lot out of you.”

With the unreal challenges of trying to put a team together with an offseason where no team could convene together and with the threat of COVID-19 hanging over every program daily, Monica and his Comets met the challenge head-on.

“I was pleased that we got a chance to finish the season and that the seniors got a chance to play for a championship,” Monica said. “I would have liked to have walked out a winner. I’m still upset about that. We thought we could have played better offensively but we didn’t and that’s on me. That had nothing to do with the decision. This was going to be my last year.”

Monica reflected on every stop in his illustrious coaching career.

“I learned a lot at Lutcher and it is really where I got started with my first real opportunity,” Monica said. “When Lou St. Amant left for an assistant’s job at Northeast Louisiana after we won the state championship in 1975, we also won in baseball and I was the head baseball coach. I had a knock on the door to tell me Lou was leaving. I was 26.”

“Two school board members were there to tell me I was the new head football coach,” Monica said. “I shut the door and told them to get out of my house. I said we lost 27 seniors and you want me to follow that? They talked me into it but I was petrified. Coach Don Perret of Rummel and I were at a clinic together. He calmed me down about it. He was a really good man and coach.”

After Lutcher, Monica went on to win a state title in 1978.

“That was a great experience,” Monica said. “I remember one memorable game with West Jefferson in 1978, who was undefeated and loaded. We won the game. That was one you don’t forget. The people still talk about that game.”

Monica ended up at Riverside Academy and his success continued, winning a state title in 1983.

“Riverside Academy was a short stint but I enjoyed my time there and we won a championship,” Monica said. “I had great administrative support and you need that to be successful.”

Monica served two stints as an assistant at Tulane, from 1979-1982 under Larry Smith and Vince Gibson and again from 1989-1996 under Greg Davis and Buddy Teevens.

“Tulane was a challenge but it was a pleasure to work with the young men at a fine institution,” Monica said. “I wish we could have won more. There were challenges but I liked it enough to work there twice, since they would have me.”

Jesuit hired Monica and he served five years with the Blue Jays (1984-88) before he returned to Tulane.

“We had nice teams and good kids,” Monica said. “It is a well run school with a good administration. I have high regard for the young men I coached there and the positive experience. Father Harry Thompson was great to me.”

Still, his final employer will always be the most special stop in his career.

Now 72, Monica will kick back and enjoy his grandchrildren.

“Monday, I was home at 3:30 p.m.,” Monica said. “My wife asked me what I was doing home, if I had been fired. It was daylight. I’m never home then. It was and is different. As athletic director at a school with boys and girls sports, there is something going on virtually every day and you have to be at those games. It is rewarding but time consuming.”

Monica feels good about turning the program over to Wayne Stein with his son, Ty Monica, as his right hand man.

“Wayne and Ty will do a very good job,” Monica said. “The program is in good hands. We’ve got a lot of seniors coming back. We wanted to make it seamless without any rhetoric.”

One of the best results of Monica’s decision has been having a cell phone. Monica’s device has a full message box. You cannot leave a message for him.

“It has been ringing off the hook,” Monica said. “I have gotten so many calls from former players which is really nice. People like you have called and you saw most of it, dating back to Lutcher and doing some of our Tulane games and St. Charles games. It is nice to know that people appreciated what you did in some small way. That is what you cherish.”

As for the most memorable moments, Monica said the number of wins (284) was not as important as people made it out to be.

“The number of wins are nice but I never got into coaching to build numbers,” Monica said. “I never worried about getting to 300 wins, which many have told me about. That was not a goal of mine. The quality wins against teams you didn’t you think you had a shot at. It was never the quantity of wins but the quality of wins.

“I’ve still got some energy left and some life in this old body but it’s time to step aside when you can,” Monica said. “I want to be healthy enough to chase the grandkids around and be home with my wife for a change. Who knows? Maybe when I get my sea legs back and get rejuvenated I might jump into something else.”

Monica reminded me of his love of baseball.

“I might just get involved with baseball,” Monica said. “I really enjoyed coaching the sport and love the sport.”

Meanwhile, Monica will simply wait for anyone to call.

“My messages are full right now,” Monica said. “In a few months, a few weeks, no one will call, no media for interviews, no coaches looking for scouting information. Heck, I just hope my family still calls me.”

Frank then reminded me to call him on another matter.

“If you have any openings for a Comedy Club routine, I’m your man.”

Neither was the brilliant career of Monica.