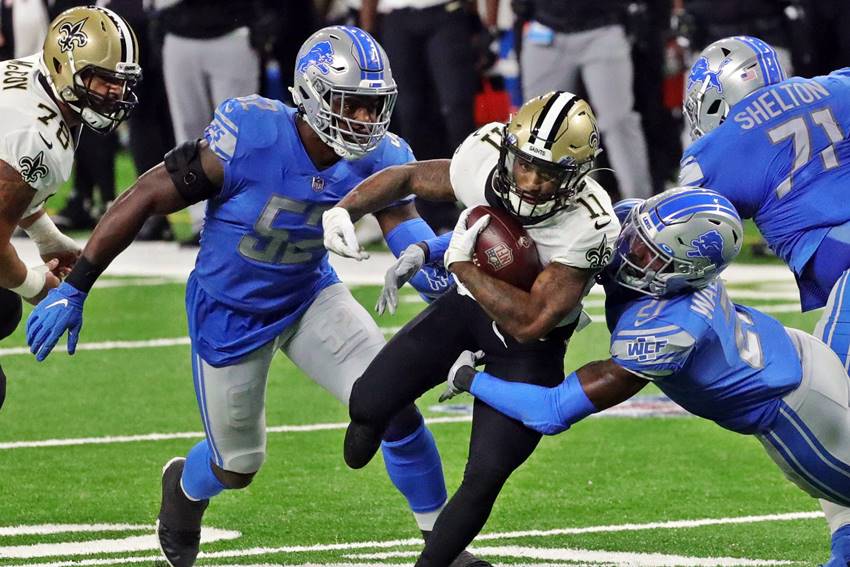 The first injury report for the New Orleans Saints at Atlanta Sunday is out and, if the game were held today, Austin Carr would be the punt return man for New Orleans.

Deonte Harris (neck) and Marquez Callaway (knee) did not practice. Harris missed last week’s game in Denver. Also not practicing, a key note, was starting corner Janoris Jenkins, who hurt his knee at Denver as well. Running back Ty Montgomery remains out with a hamstring problem.

The good news is that starting left guard Andrus Peat returned to practice in full after missing the Denver game with a concussion.

The Falcons had two players not practicing, including corner Kendall Sheffield, with an illness, and guard James Carpenter, with a groin injury.

The two teams square off at noon Sunday at Mercedes-Benz Stadium in Atlanta. The Saints downed the Falcons 24-9 on Nov. 22 in New Orleans.