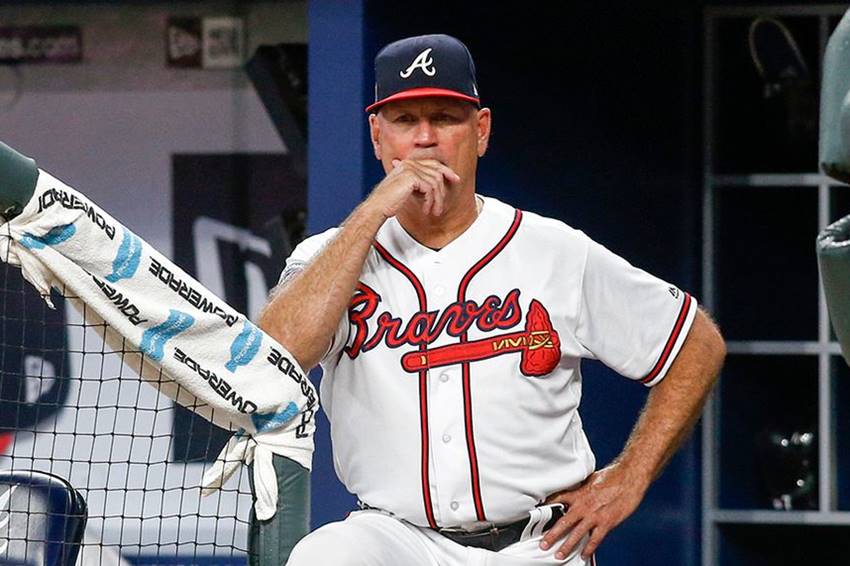 Atlanta Braves manager Brian Snitker knows something about perseverance. It took him 36 years to get a big league manager’s job and now in his sixth season as the skipper of National League East Division champion, he’s anxious to get the Braves into their first World Series since 1999. His Braves team won its fourth straight division championship this season.

Snitker benefitted from playing under legendary UNO coach Ron Maestri, who sent a number of his former players to the college and pro ranks in managerial and coaching positions. In addition to Snitker, two of Maestri’s other notable graduates of his baseball program include Mike Quade, Chicago Cubs manager in 2010 and 2011, and Paul Mainieri, head coach at LSU for 15 years.

Snitker had transferred to UNO as a catcher for the 1976 season from Lincoln (IL) Junior College. He missed most of the Privateers’ season with a torn cartilage in his thumb. Despite the injury, he was drafted by the Chicago Cubs in the 25th round. However, he returned to UNO for his senior season.

Upon finishing at UNO, he signed with the Atlanta Braves organization as an undrafted free agent in 1977. In four seasons in the Braves system, he managed to get to the Triple A level for only six games, and the Braves wound up releasing him after the 1980 season. Braves legend Hank Aaron, who had recently taken the job as the organization’s farm director, was aware of Snitker’s aptitude for working with his teammates. He contacted Snitker and offered him a job as a roving instructor in the Braves farm system.

In 1981 Snitker began what has become a 41-year career in the Braves organization that includes 25 years as a minor-league manager and coach, 10 years as a major-league coach, and the last six seasons as manager of the big-league Braves.

Although he had acquired the reputation as an “organizational man,” he had pretty much ruled out the possibility of becoming a major-league manager as he approached 60 years of age. But he was finally promoted to the job from the minors in early 2016 when Braves manager Fredi Gonzalez was released after 37 games.

One of the advantages of having been a mainstay in the Braves minor-league system was that Snitker already knew most of the players on the big-league roster when he took over as manager, since they had previously played for him. He had also had the benefit of having served under long-time Braves manager Bobby Cox, the winningest manager in Braves history.

The Braves finished with a 59-65 record in 2016, and most people assumed he would be replaced after the season. But the Braves’ front office was looking for stability and kept Snitker.

After a disappointing season in 2017 with a 72-90 record, Snitker’s Braves finally came into their own the next season. He was named NL Manager of the Year by the baseball writers after the Braves finished in first place for the first time in five seasons.

With all the emphasis on baseball analytics, the “old school” Snitker had to learn to combine his vast experience in the game with the principles of the new approaches, relying on his coaching staff to understand the data and apply it on the field.

And the results have been excellent. With their fourth straight division title under their belts in 2021, the team is starting to draw comparisons to the Braves of the 1990s when they won the division every year in the decade.

But now the goal is to win a World Series. The Braves lost the NLCS last season in seven games to the Los Angeles Dodgers, the eventual World Series champion. Snitker would like nothing better than to get a World Series ring before he finally calls it quits.

The Braves lost a well-played game to the Milwaukee Brewers in Friday’s Game 1 in the National League Division Series, 2-1.