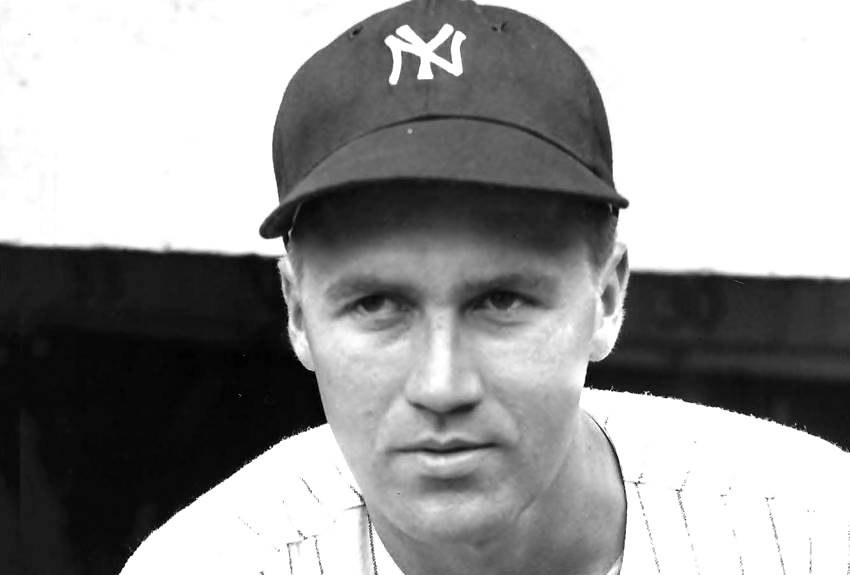 Born in Seattle, Washington, his amateur career included a season at Tulane University in 1945 while he was attending medical school during his enlistment in the U. S. Navy.

Brown batted .444 for one of the most successful teams in Tulane history to that point. The 1945 Green Wave had a 21-6 record, including 12 wins in a row.

Then he convinced the dean of the medical school he could pursue a professional baseball career while still enrolled at the university. He signed with the New York Yankees organization in early 1946 and by the end of the that season he had earned a promotion to the big league club.

Brown’s Yankee career lasted until 1954, interrupted by 19 months when he served in the Navy during the Korean War. His was a utility infielder and pinch-hitter during the first few seasons with the Yankees, and eventually settled in as their third baseman. Brown’s regular season batting record over eight seasons included a batting slash line of .279/.367/.376, with 22 home runs and 237 RBI.

Appearing in four World Series with the Yankees, Brown collected a championship ring for each one. His combined World Series batting record included an impressive slash line of .439/.500/.707 in 17 games.

But Brown eventually chose a medical career over baseball. He came back to Tulane in 1957 and 1958 to serve in a Fellowship in Cardiology before entering private practice in Fort Worth, Texas, in August 1958.

However, he never lost interest in the game. He took a leave of absence from his medical practice to serve as interim president of the Texas Rangers, when his friend Brad Corbett purchased the team in 1974.

When Bowie Kuhn retired as MLB commissioner in 1984, Brown was considered for the job. But he was eventually offered the job of American League president, a position he held for 10 years.