They’re not just former LSU players. They’re both natives of Louisiana; Mathieu was born in New Orleans and played at St. Augustine High School and Landry was born about 60 miles away in Convent and played at Lutcher High School.

It has been a long time since New Orleans’ NFL team had one high-profile player – let alone two – from Louisiana’s flagship university.

Saints fans have often bemoaned the fact that the organization hasn’t established a pipeline to the LSU campus.

Executive vice president of football operations Mickey Loomis arrived in 2000 and the only Tigers he has drafted besides Henderson were defensive lineman Al Woods (2010, fourth round) and offensive lineman Will Clapp (2018, seventh round). Clapp was a reserve for four seasons before signing with the Los Angeles Chargers this off-season.

So the additions of Mathieu and Landry are a big deal – not just because they’re good veteran players at positions of need, but because they used to wear purple and gold and now will be wearing black and gold.

Loomis was asked before teeing off at the Saints Hall of Fame Celebrity Golf Classic on Monday morning at Chateau whether the acquisition of Mathieu and Landry puts to rest complaints about the lack of former Tigers among the Saints.

“They say we don’t draft them,” Loomis said with a smile, “so this doesn’t solve that.” 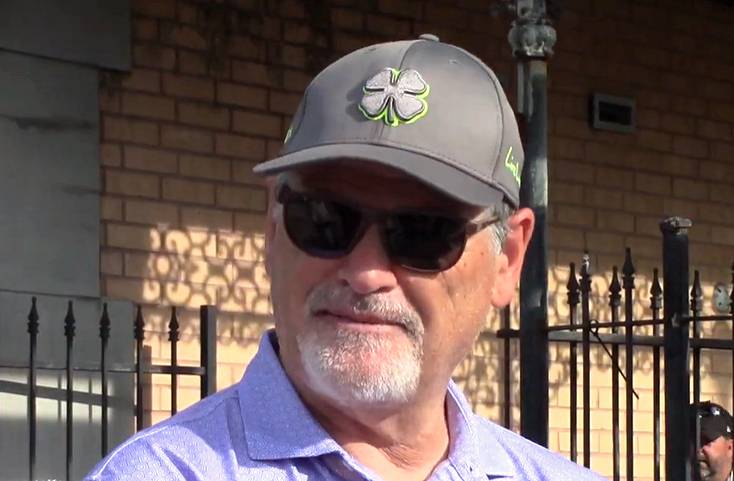 The Saints VP/General Manager spoke with local reporters Monday morning at Chateau Country Club in Kenner during the annual fundraising golf event for the Saints Hall of Fame.

But it does appear to solve a couple of issues on the roster. The Saints lost both of their starting safeties from last season when Marcus Williams signed with Baltimore as a free agent and Malcolm Jenkins retired.

The Saints had the least productive passing game in the NFL last season, but don’t have to worry about a recurrence of that with former All-Pro Michael Thomas expected to be healthy after missing all of last season, the acquisition of Ohio State Chris Olave with the 11th pick in the draft and the signing of Landry over the weekend.

“I’m excited for those guys and I’m excited for the organization,” Henderson said on his way to the first tee. “Obviously they were great pick-ups. I was surprised to see them still around in free agency. We snatched them up and I think they have an opportunity to do well not only on the field but also do some big things in the community.”

Hilliard was part of the last prominent tandem of Tigers-turned-Saints when he joined wide receiver Eric Martin one year after New Orleans picked Martin in the seventh round.

“I love it,” Hilliard said of the latest acquisitions. “I think it’s a great thing any time you get an inner-city guy, local guys, LSU guys.”

Hilliard credited Finks for seeing the value in bringing in “fan favorites” such as himself, McNeese State running back Buford Jordan (a native of Iota) and Northwestern State quarterback Bobby Hebert (a native of Cut Off).

Of course, Hillard and Henderson had no control over where they got drafted, unlike Mathieu and Landry, who had the freedom to negotiate with the home team. 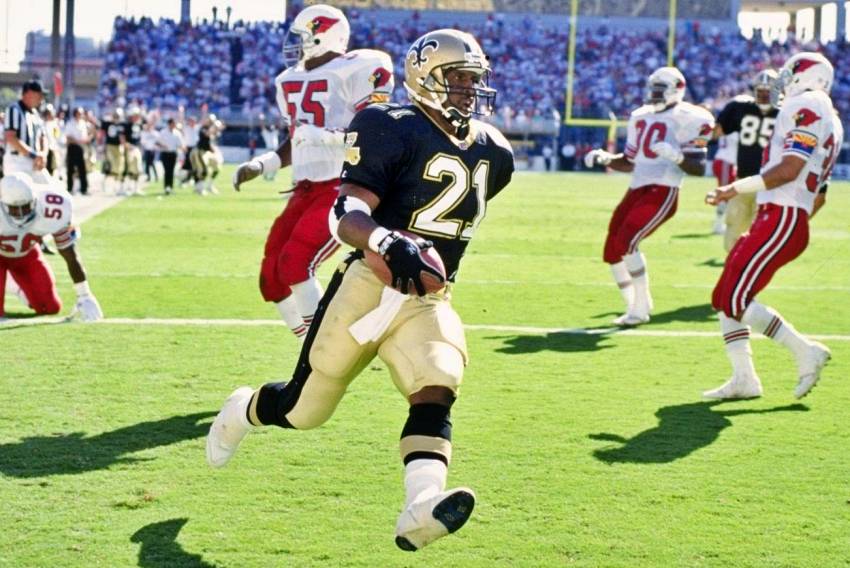 Hilliard, who remains the Saints’ fifth-leading rusher 29 years after his retirement, said he was “very shocked” when the Saints picked him. He expected to go to the Detroit Lions, who needed a running back and had the 29th overall pick, which back then was at the top of the second round.

“When they contacted me in Patterson and asked if I’d like to become a Saint, I said, why not? I’d love to stay home,” Hilliard recalled.

Henderson, like Hilliard, didn’t expect to be drafted by the Saints. “That was the last team I thought would draft me,” he said.

Multiple West Coast teams had shown pre-draft interest in Henderson and he thought he would end up out there somewhere.

But Loomis and head coach Jim Haslett grabbed him with the 50th overall pick.

“It was a shock,” Henderson said. “It all worked out. I was a Saints fan as a kid. It was humbling. I was excited and I knew I had a great opportunity to do something big. I was ready to embrace it. I stayed home and had a hell of a career. I can’t be more blessed.”

Mathieu and Landry both clearly felt blessed as well with the opportunity to come home.

“It’s a little bit unique when you bring somebody back home,” Loomis said. “Those guys are veteran players that have been around the league. They’ve been really accomplished for a number of years and yet they’re like kids when you see that excitement coming back home. It just meant a lot to them. It’s just a different level of emotion than you normally get.”

Henderson said he would have “loved” to have gone head to head against Mathieu or been a teammate of his.

“He brings so much energy and intensity,” Henderson said. “His instincts are off the chart. It’s great having a guy like that representing the home team.”

Henderson, who remains the Saints’ seventh-leading receiver all-time 10 years after his retirement, said he noticed Landry was “a hard-working guy” from his time as a Tiger.

“I think the thing with Jarvis is he’s an all-around receiver,” Henderson said. “He doesn’t mind getting his nose dirty. He doesn’t mind being physical when need be. He does everything well.”

Henderson was told that description could have fit him as well.

“That’s how we make ‘em here in Louisiana,” he said with a laugh.