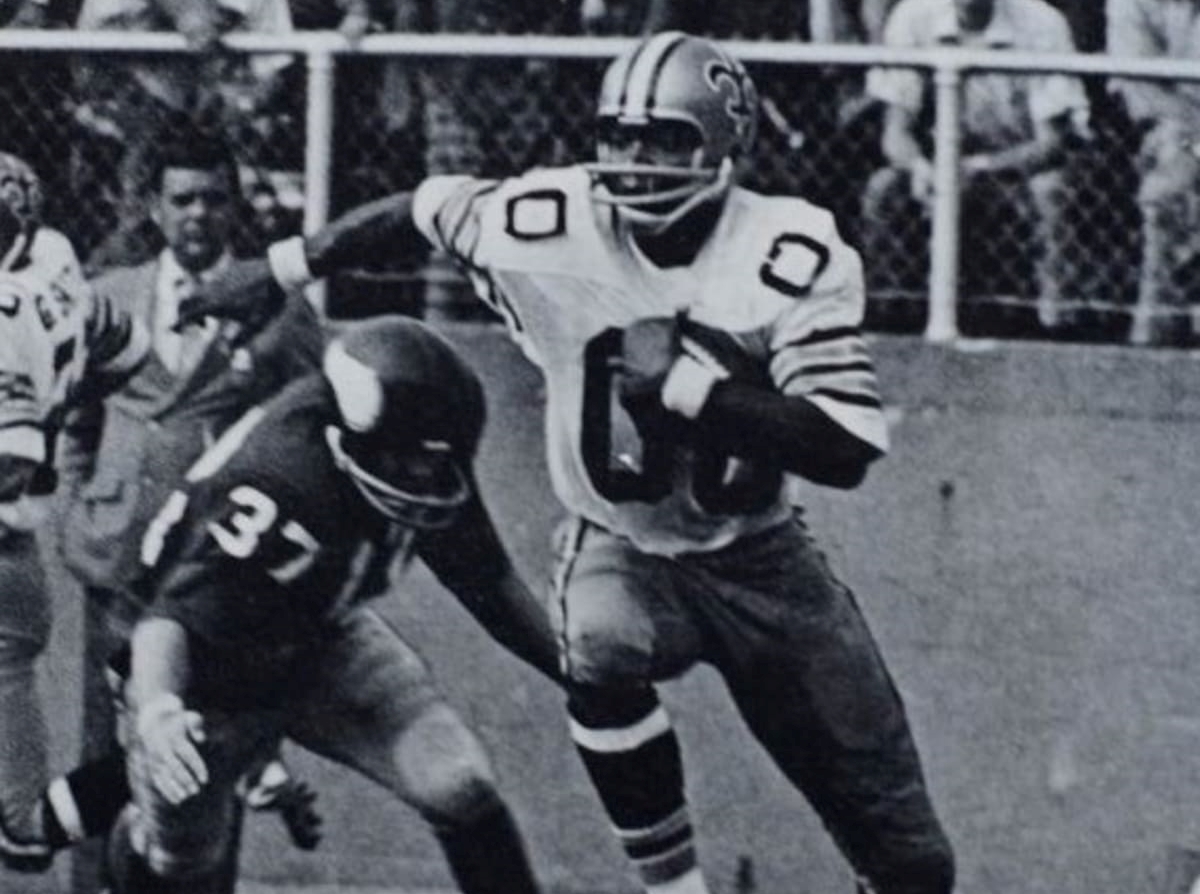 Former New Orleans Saints wide receiver Ken Burrough has passed away in Jacksonville, Florida, his hometown, at the age of 73.

Burrough was drafted by the Saints in the first round, with the 10th overall in the NFL 1970 NFL Draft out of Texas Southern.

Burrough was plagued by injuries in his only year with the Saints in 1970. Burrough saw action in 12 games and caught just 13 passes for 196 yards and two touchdowns.

New Orleans dealt Burrough to the Houston Oilers, along with Dave Rowe, in exchange for fullback Hoyle Granger, Terry Stoepel, Charles Blossom and a draft pick.

It turned out to be a terrible deal.

Granger was near the end of his career and played just one season with the Saints, rushing for just 139 yards in 1971. Rowe had been a Pro Bowl player in New Orleans and he went on to play through 1978 in the NFL. Stoepel and Blossom never played a down in New Orleans.

Burrough blossomed in Houston, playing 11 seasons with the Oilers and earning a pair of Pro Bowl honors (1975 and 1977). Burrough was a key figure in Houston reaching the AFC championship game twice under future Saints coach Bum Phillips. Burrough led the NFL in receiving yards in 1975 with 1,063 on 53 receptions.

Burrough was the last player in the NFL to wear No. 00, which the league put in rules to end the use of 0 and 00.