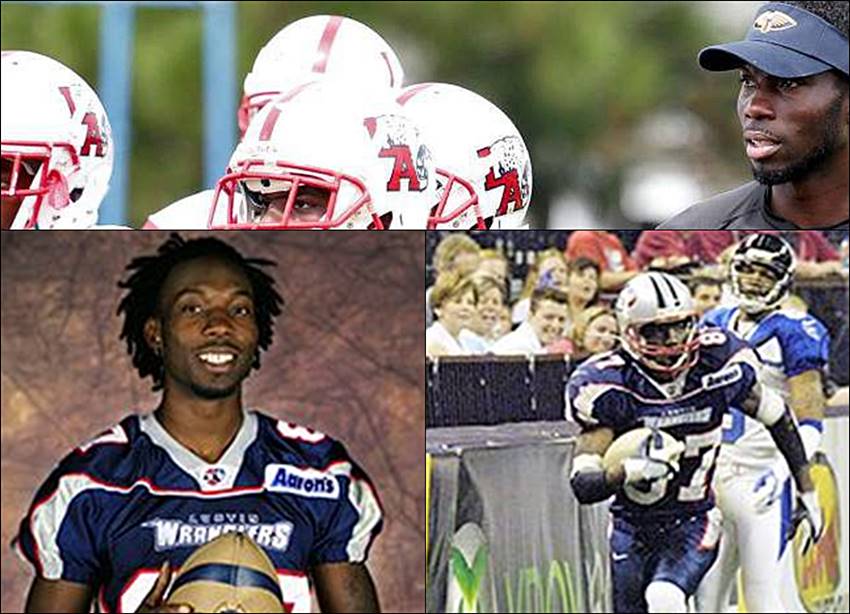 He is a hometown hero who grew up in New Orleans and had a chance to play football for the Saints.

For Derrick Lewis, it was a dream come true.

Lewis, who attended Joseph S. Clark High School, never played a down of football for the Lions. He was a track and field star there before getting a scholarship to San Diego State, where he played football.

Lewis landed with the New Orleans Saints in 2002 and was with the team for two seasons before playing two years for the Tampa Bay Buccaneers and another season for the Houston Texans. He went on to play five seasons in the Arena Football League, including two for the New Orleans VooDoo.

A talented performer off the field, Lewis actually sang the national anthem at a New Orleans Saints home game and did the same when he was in the Arena League.

Lewis went on to serve as the head coach at Lake Area New Tech High School, now John F. Kennedy. He currentky lives in Austin, Texas, where he is the offensive coordinator at Del Valle High School.

Lewis has gone through the ups and downs while remaining steadfast in his faith in the Lord.

You are invited to join in our meeting to hear an inspiring message from Derrick Lewis at the Life Resources Bottom Line Zoom Lunch Hour on Wednesday, Jan. 13 at noon.