J.D. Roberts, the second head coach in New Orleans Saints history and an original member of the franchise’s staff, died Tuesday. He was 88.

Roberts replaced original Saints head coach Tom Fears on an interim basis on Nov. 3, 1970 and spent 1971-72 in the full-time position before he was relieved of his duties during the 1973 preseason.

In his first game in charge on Nov. 8, 1970, the Saints defeated the Detroit Lions 19-17 at Tulane Stadium on Tom Dempsey’s 63-yard field goal as time expired, an NFL record that stood for more than four decades.

Roberts’ first year as full-time coach was the rookie season of longtime Saints quarterback Archie Manning. In Roberts’ two full seasons at the helm, New Orleans finished 4-8-2 in 1971 and 2-11-1 in 1972.

Roberts was a scout and the team’s linebackers coach from 1967-69. He was the head coach of the Atlantic Coast Football League’s Richmond Roadrunners just before replacing Fears.

Roberts was born Oct. 24, 1932 in Oklahoma City, but moved to Dallas at age 6. He attended Dallas Jesuit High School and went on to star as a guard on offense and defense under head coach Bud Wilkinson at the University of Oklahoma, where he won the Outland Trophy as the nation’s top college lineman in 1953 and was a consensus All-America selection. Roberts, a 1993 inductee into the College Football Hall of Fame, and is also a member of the Texas High School Football Hall of Fame.

Roberts was drafted in the 17th round (195th overall) of the 1954 NFL Draft by the Green Bay Packers but never appeared in a regular season game.

(Some information in this story provided by the New Orleans Saints.) 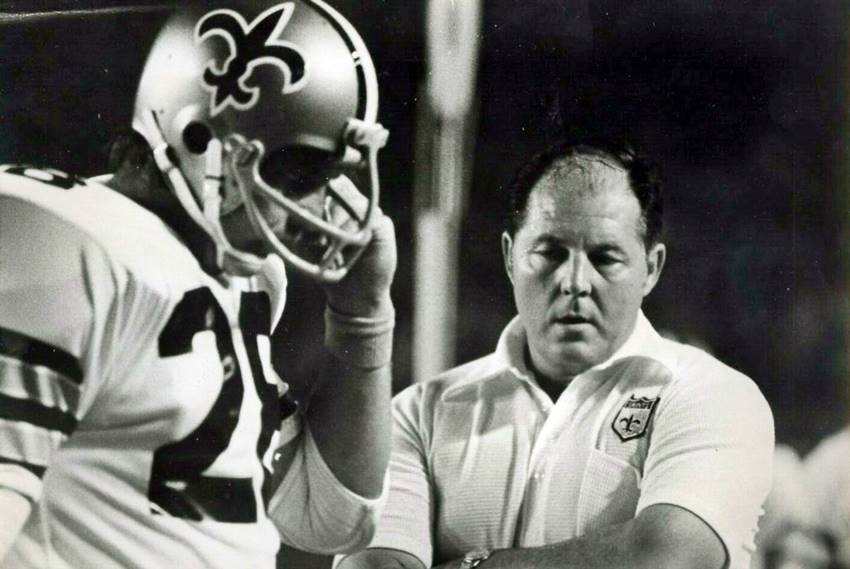 With the passing of former New Orleans Saints head coach J.D. Roberts, the memories returned to many of his former players.