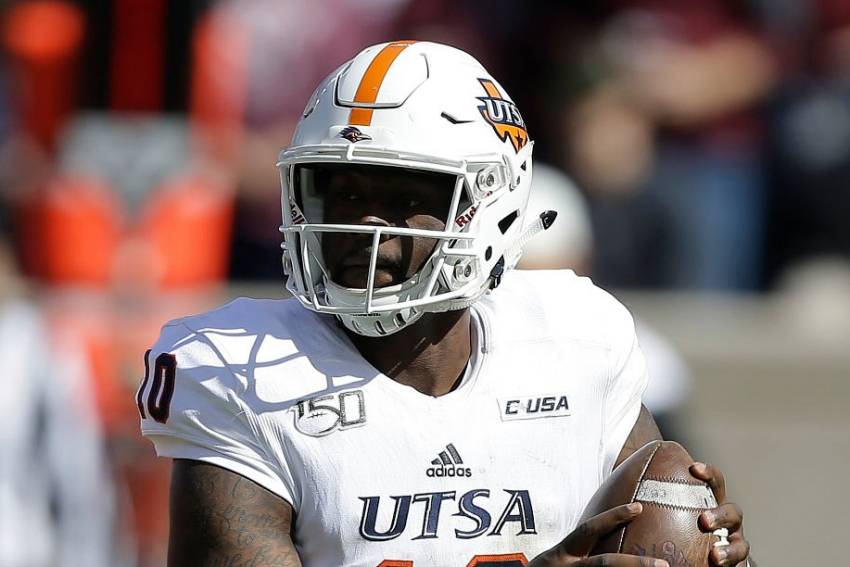 A former four star recruit who originally signed with LSU is headed home…sort of.

Lowell Narcisse is transferring to Nicholls State for the 2022 season.

The former star quarterback at St. James signed with LSU in the ’17 class, after initially committing to Auburn. Despite missing most of his senior season due to a knee injury, Narcisse was the 15th rated overall prospect in the state and the fifth ranked dual threat QB in the country.

The left-hander redshirted at LSU during his freshman campaign before heading to Mississippi Gulf Coast Community College where he tossed for 506 yards and three touchdowns while running for 192 yards and six more scores.

Narcisse transferred to UTSA where he played in 11 games for the Roadrunners in 2019 before being limited to four contests in ’20 due to another injury. He did not see the field this past season.

The Colonels quarterback room became a little less crowded this past week when Lindsey Scott, who started most of the ’21 campaign, decided to enter the transfer portal. Nicholls does return senior Kohen Granier, along with three inexperienced sophomores – Leonard Kelly, Dillon Monette and Andre Robison.

The 6-foot-2, 255-pound Narcisse has one more season of eligibility.