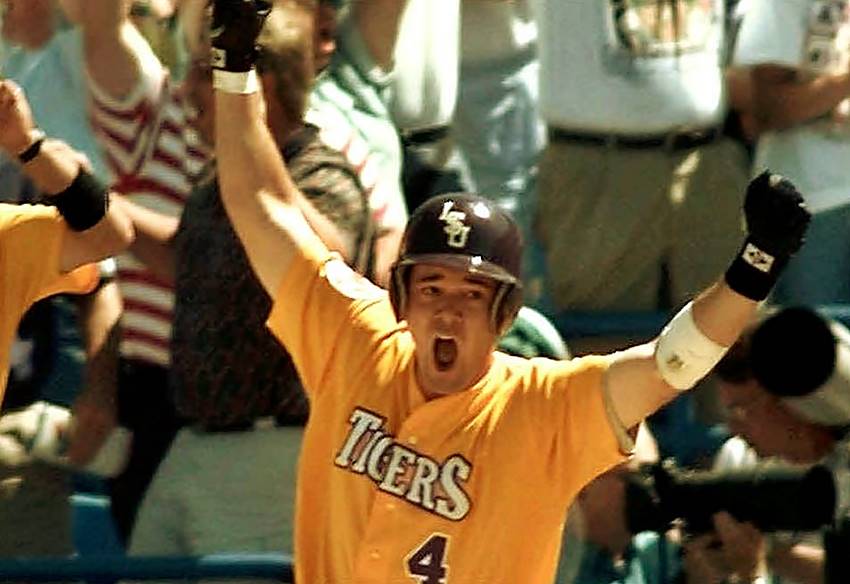 A native of Alexandria, Morris starred at Bolton High before attending LSU. With the Tigers, Morris batted .284 as a freshman in 1994.

In his junior season of 1996, Morris was expected to be the star of the Tigers but he suffered a broken hamate bone.

He would miss 26 games, returning in the postseason but was far from 100 percent, having to bunt all the time and bat ninth.

Morris came to the plate with a runner at third and two outs in the bottom of the ninth inning, trailing 8-7 to Miami in the national championship game. Against Robbie Morrison, Morris saw one pitch.

He swung and drilled a line drive home run into the right field bleachers, into the teeth of a wind, to give LSU a dramatic 9-8 victory and the title in the most memorable ending in College World Series history.

He had not hit a home run all season.

Morris went on to play nine years in professional baseball, including part of five seasons in Major League Baseball with Pittsburgh, Minnesota and Detroit, batting .267 with 26 home runs and 164 RBI.

Morris still lives in Alexandria with his wife and three daughters, working at Red River Bank.

Join us to listen to an inspiring story from Warren Morris on Wednesday, Sept. 23 at noon. All are welcome.