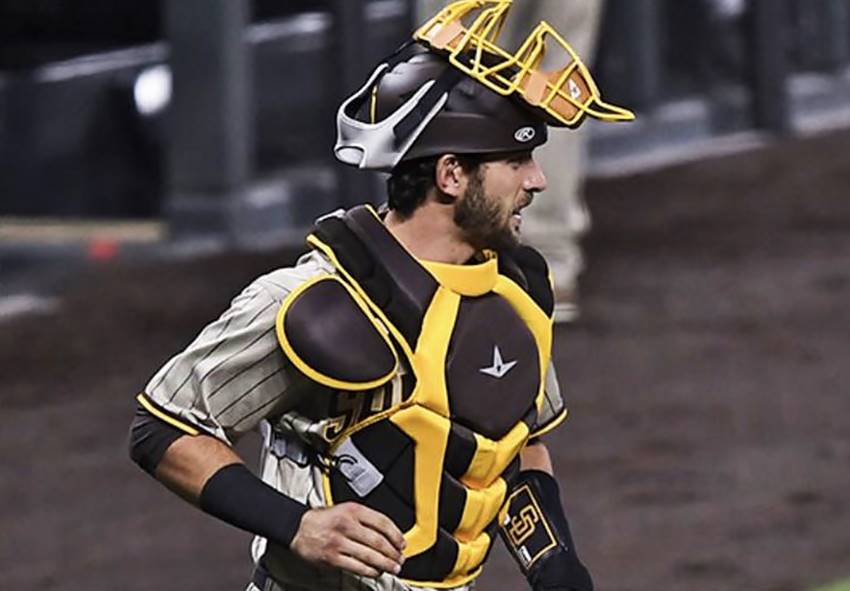 After a stellar college career and five seasons in the minors as an infielder, Austin Nola decided to re-tool himself as a catcher. And it has finally paid off for the 30-year-old.

Currently a catcher with the San Diego Padres, who defeated the St. Louis Cardinals in the National League Wild Card Series, Nola was acquired by the Padres at the trade deadline and quickly became a vital part of their lineup.

The Baton Rouge native starred at Catholic High and then played four seasons at LSU from 2009 to 2012. He was a member of the 2009 College World Series championship team and was named Perfect Game’s All-America second team shortstop in 2012.

Nola was selected by the Miami Marlins in the fifth round of the 2012 MLB Draft. He spent seven seasons in their minor-league system, getting his first shot at the Triple-A level in 61 games as a shortstop with New Orleans in 2015. He spent the entire season with New Orleans in 2016, splitting his time between second base, shortstop, and third base. He batted 261 with 6 HRs and 44 RBIs.

Not seeing a path to the majors as an infielder with the Marlins, 27-year-old Nola took the advice of one of his coaches to switch to a catcher. He began learning the new position in the Arizona Fall League after the 2016 season. He honed his catching skills in 2017 with Double-A Jacksonville and New Orleans and continued his learning process by playing in the Dominican Winter League during the off-season. He was on the Baby Cakes’ roster again in 2018 (.279, with 2 HRs and 32 RBIs in 69 games) but was cut loose by the Marlins organization after the season.

The Seattle Mariners signed him as a free agent for the 2019 season. After starting the season with Triple-A Tacoma, Nola was brought up to the Mariners in mid-June. He found a home with the big-league club as the regular first baseman, although he also filled in at catcher, at all the other infield positions, and occasionally in the outfield. It was a breakout season offensively for Nola, with a slash line of .269/.342/.454, 10 home runs, and 31 RBIs in 79 games.

Nola won the full-time catcher’s job with Seattle in 2020 and posted an impressive .306 batting average. At the trade deadline on August 31, San Diego Padres general manager A. J. Preller came looking for Nola to help replace their weak-hitting catcher, as the Padres were in the hunt to capture a playoff spot. Seattle ended up trading Nola to the Padres in a stunning seven-player transaction.

Since arriving in San Diego, Nola has been credited with taking charge of handling their pitching staff that included some late-season acquisitions. On a team with hitters like Fernando Tatis Jr., Manny Machado, Eric Hosmer, Wil Myers, and Mitch Moreland in the lineup, Nola has been able to focus on his catching duties. Compared to most current major-league catchers, he is still relatively inexperienced (54 career games), yet he is making the most of his opportunity and making Preller look good with his choice.

After recording two RBIs in the Padres’ Game 1 loss to the Cardinals in the Wild Card Series, Nola scored two runs on three walks in their crucial Game 2 win, 11-9. He skillfully handled nine different pitchers in the Padres’ 4-0 shutout victory in Game 3. The Padres won their first postseason series in 22 years. They will face division rival Los Angeles Dodgers in the National League Division Series beginning on October 6.

Austin’s brother Aaron is currently the ace of the Philadelphia Phillies pitching staff. Aaron has been in the majors since 2015 but has yet to appear in the postseason like his brother. The brothers played together for the LSU Tigers in 2012.