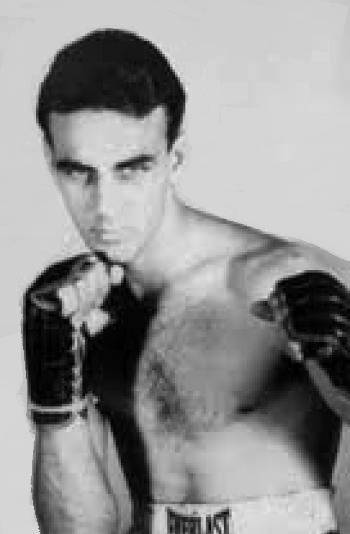 Jerry Pellegrini, one of the top professional boxers ever to come out of the New Orleans area, died Tuesday. He was 78.

Pellegrini began to fight professionally as a teenager, but that came a year after he started his other profession as a barber, which gave him the nickname “The Battling Barber.”

Pellegrini, who fought primarily as a welterweight, held the Southern Welterweight title in 1967, stopping Freddie Martinovich in the ninth round to take the title, and was ranked as high as No. 3 by the WBC.

For Hall of Fame boxing writer and New Orleans native Bernard Fernandez, the Pellegrini-Martinovich fight was his first in person.

“I will miss him,” said Fernandez, who befriended Pellegrini in his later years, even driving to Slidell for haircuts to catch up. “It is one of the fondest boxing memories from the 1960s is that I got to see several of his fights both in New Orleans and Chalmette, not to mention those involving other local fighters.”

Locally, Pellegrini was best known for a pair of sold-out fights at Municipal Auditorium against fellow New Orleanian Percy Pugh, first in September 1967 and again six months later, both of which filled the 8,000-seat facility to capacity.

While Pugh, who died in January, won both fights by decision, they were huge events for local boxing.

“These guys were local heroes,” former promoter Les Bonano said in 2011, noting that the crowd may have been twice as large if a local facility like Smoothie King Center was available at the time. “There was such a buzz. Everybody was excited.”

Pellegrini boxed professionally for a decade with a record of 28-12-1. He retired in 1971 “because I had busted my (right) hand all up,” he told Fernandez for a story in 2014. He could have undergone surgery, “but I was a barber by trade and I didn’t want nobody cutting on my hand.”

“One thing Jerry got a kick out of,” Fernandez recalled, “was when I phoned him from Canastota, New York, where my wife and I had gone to cover another IBHOF induction weekend. It was around lunch time, we’d been on the road for five hours or so, and we pulled into the McDonald’s directly across the street from the museum.

“My wife, who had accompanied me on one or two trips to Slidell to see Jerry, excitedly told me that she had seen a large photo of Jerry on a pole on the side of the entrance to the McDonald’s, one of many depicting great and near-great fighters.

“Jerry’s got a prominent spot because he was shown mixing it up with Billy Backus, a world welterweight champion for a time who was the nephew of the great welterweight and middleweight titlist Carmen Basilio, a Canastota native and the reason the International Boxing Hall of Fame was located there in the first place.

“When I phoned Jerry, he was extremely pleased that he had finally made it to the top of his profession with that photo, or at least just across the street from it.”

Services will be held at 10 a.m. Tuesday, July 19, at St. Bernard Memorial Funeral Home and Gardens in Chalmette.