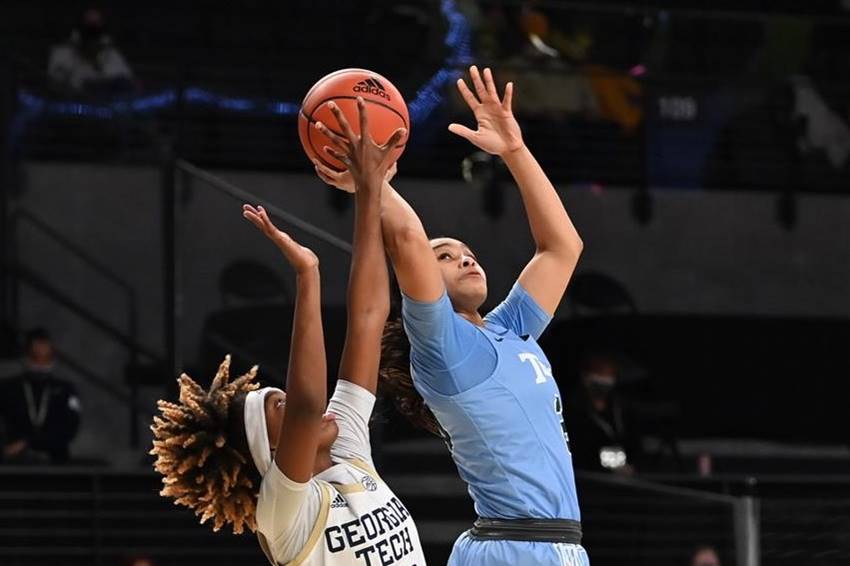 JerKaila Jordan, who was named American Athletic Conference freshman of the year following perhaps the best rookie season in Tulane women’s basketball history, is headed to the Southeastern Conference.

Five days after entering the transfer portal and indicating she was looking to “bring my talents to a bigger conference,” Jordan announced on Twitter Wednesday night she is headed to Mississippi State.

This season, Jordan averaged a team-best 16.7 points per game and scored 450 points, setting Tulane freshman records for both, in helping Tulane to an 18-9 record, a fourth-place finish in the American and a trip to the second round of the Women’s NIT.

At Mississippi State, Jordan will face a roster in transition under head coach Nikki McCray-Penson. Six players on this season’s Bulldog team have entered the transfer portal.

“JerKaila is a high character, hardworking, blue-collar player that has proven to be a very efficient scorer against multiple defenses,” McCray-Penson said in the release. “She was the freshman of the year in a competitive conference, and we think she’s going to be able to help us both offensively and defensively. She is coming in with the mentality that she wants to win and help us compete for championships.”

State went 10-9 in McCray-Penson’s first season after she replaced Vic Schaefer, who left for the head coaching job at Texas. Schaefer turned the Bulldogs into a national power, reaching the national championship game in 2017 and 2018, capturing a pair of SEC regular-season titles and winning 27 or more games in six consecutive seasons.

Coincidentally, Schaefer’s first NCAA appearance at State was a 57-47 victory over Tulane in the first round of the 2014 tournament in Durham, North Carolina.