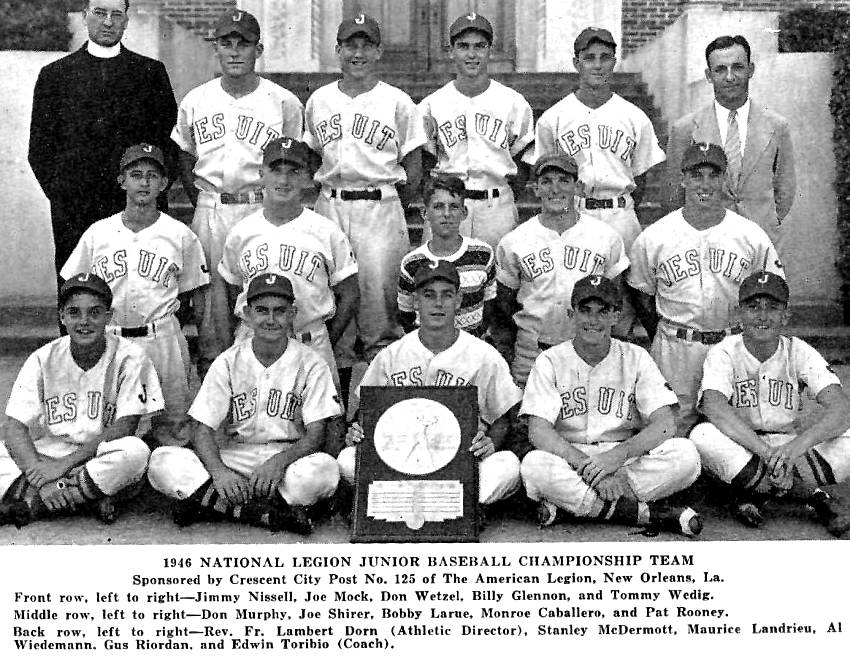 We never think about what we’d do without automated teller machines. We take them for granted nowadays. Looking back at the history of ATMs, you’ll find former New Orleanian Don Wetzel as the inventor.

Before Wetzel embarked on his business career and created the ground-breaking technology over fifty years ago, he was a Jesuit High School prep baseball and American Legion star in the 1940s. He also played a season for Loyola University and then pursued a professional baseball career as a 19-year-old.

However, with counsel from a veteran major leaguer, he decided to leave the sport he loved after three pro seasons and complete his college education. His course correction ultimately led to a career in financial services and banking, where he developed and implemented the first commercial use of ATMs.

I caught up with Wetzel earlier this week to talk about his baseball career. Now 93 years old living in Dallas, he was happy to recall his time at Jesuit High School and Loyola University and in the minor leagues with the Giants organization.

He was an All-Prep performer as an infielder with Jesuit for three straight years beginning in 1944. Jesuit won Louisiana state championships in 1945 and 1946, with 5-foot-7, 140-pound Wetzel playing a key role. The Times-Picayune called Wetzel “one of the finest fielding infielders of the league.” Other key contributors of the 1946 team included additional All-Prep Blue Jays: first baseman Tookie Gilbert (MVP of the league), pitcher Hugh Oser, catcher Jack Golden, and outfielders Stanley McDermott and Monroe Caballero.

When coach Eddie Toribio’s roster for the 1946 summer American Legion team for Jesuit players was formed, Oser, Golden and infielders Pete Tusa and Rene Kronlage were missing due to an age limitation for Legion participation. Gilbert opted to skip the American Legion season so that he could participate in a prestigious high school all-star game in Chicago.

The absence of these players forced Toribio to use less experienced players as backfills. The average age of the team was 16 years old. Yet Jesuit defeated Shreveport for the state title and Little Rock for the regional title. In three regional games, Wetzel collected seven hits in 16 at-bats, scored five runs, and handled 21 chances without an error. The Blue Jays defeated Thomasville, Georgia for the sectional championship, earning them a berth in the Little World Series in Charleston, South Carolina. Jesuit’s last appearance in the Legion World Series came in 1934.

Their World Series opponents were Trenton, Los Angeles, and Cincinnati. After going into the loser’s bracket with a loss to Los Angeles, Jesuit rebounded with wins over Cincinnati, Los Angeles, and Trenton twice to capture the championship. Wetzel and pitcher Pat Rooney were named to the all-tournament team. Wetzel was the second-best hitter in the tournament, with nine hits in 20 at-bats for a .450 average. He received the tournament’s sportsmanship award.

Wetzel said about the team’s success. “I was surprised we went as far as we did. We were left with a very young team that lacked experience at several positions. But we pulled together to play good ball.”

Wetzel got an opportunity to play baseball for Loyola in 1947, along with several of his American Legion teammates. Loyola finished with a 17-4 record with two ties, as Wetzel led the team in batting average.

Wetzel recalled he was scouted by Gernon Brown, the long-time Jesuit baseball coach, who was then working for the New York Giants. He said, “Brown offered me a contract after my freshman season, so I decided to give it a try. It was my first time being away from home, but I enjoyed it. I was around people who loved baseball. We would rent housing from local residents during the season.”

Wetzel said he was initially assigned to Jersey City in the Giants organization but then was sent to Class B Trenton in the Interstate League for his first season, where he batted .243 with 61 RBIs. Trenton finished second in the league during the regular season, and then defeated York in the playoffs.

He started out with Trenton for the 1949 season, and after 50 games was sent to Class C St. Cloud in the Northern League. Between the two teams, he batted .236 with five home runs and 46 RBIs. His on-base percentage was an impressive .416.

In 1950, Wetzel returned to St. Cloud, where his manager was Charlie Fox who was then only 28 years old. Fox would eventually wind up in the major leagues as a manager for San Francisco, Montreal, and the Chicago Cubs. St. Cloud won the regular season title, with Wetzel batting .274.

Wetzel said he got sound advice from fellow New Orleanian Connie Ryan, who was a major leaguer at the time. “Connie told me that if player didn’t make the major leagues within five years, the chances of eventually making it were very slim. Since I hadn’t progressed in my three years, I decided to quit and return to college full time.”

Having continued to attend classes at Loyola around his baseball seasons, Wetzel finished his degree in 1951 and went to work for IBM. Wetzel said, “At first, I went to work for a service bureau affiliate of IBM in the financial industry. I started out as a machine operator.” He progressed through the ranks at IBM as a service bureau manager, systems engineer, sales representative, and regional industry representative. The banking industry became his specialty. 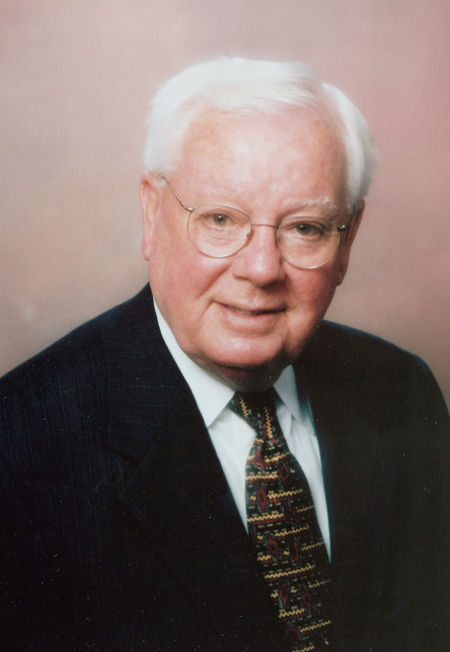 He left IBM in 1968 and joined Docutel Corporation, where he first pitched the idea of a banking terminal available for use by customers. In 1969 he implemented the first “cash box” (an ATM that only dispensed cash) which was installed at Chemical Bank in Long Island, New York. Later on, he formed his own company that consulted with banks on providing remote ATMs, as well as ones that performed other banking functions.

In an interview with Fox News in 2019, on the 50th anniversary of the first ATM, Wetzel said his first attempts to market the ATM for use at banks was met with great skepticism.

“People [bank officers] thought I was nuts. They would say, ‘You mean a cash machine that anyone could just walk up to and use? I don’t think so. We have tellers who do that.’ Then I had to explain why I thought it would be of great value to their customers,” recalled Wetzel.

ATMs eventually caught on throughout the banking industry and the rest is history.

In a 2019 ceremony at the site of the first ATM, a bank official declared, “The ATM revolutionized the banking industry, and its impact on our economy cannot be overstated.” Wetzel became known as the “father of 24-hour banking.” It is estimated there are over 3.5 million ATMs installed across the world.

In a 1995 interview with the National Museum of American History, Wetzel talked about how his professional baseball career influenced him later in his business and personal life. He said, “I think I learned two things. One was I met a lot of people that I would never have met and was able to interact with them. So, I learned about that – a lot about people, and how they feel, and how they react under situations that sometimes are a little pressing and trying. The other thing I learned was how to live away from home. You know, that’s an education in itself, and of course I’d always lived at home. So those two things helped me greatly.”

Wetzel says he still gets requests in the mail for his autograph. However, the requests are not because of his baseball career, but from people who remember his ground-breaking contribution to modern society.