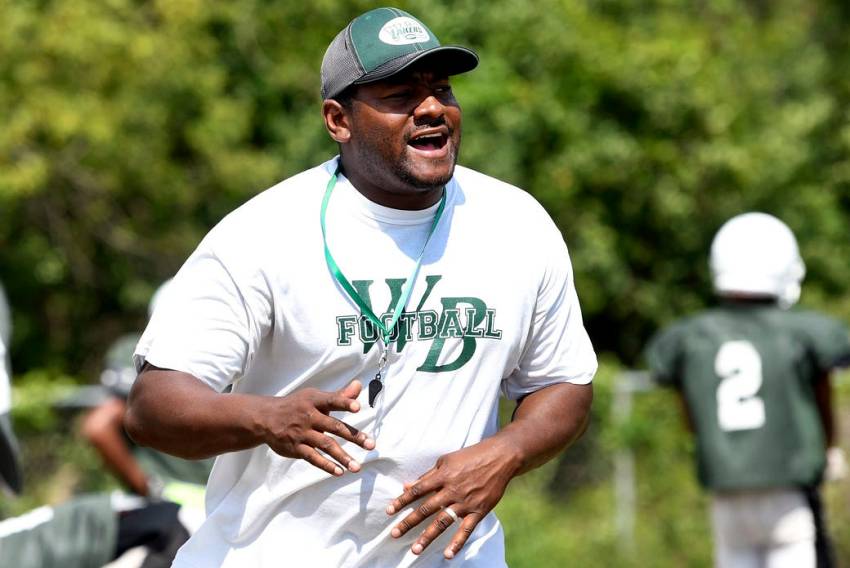 Former Archbishop Shaw standout Ron Bellamy has returned to his college alma mater as a coach.

University of Michigan head football coach Jim Harbaugh announced today (Monday, Jan. 25) the hiring of Ron Bellamy as the program’s wide receivers coach. Bellamy has been one of the state of Michigan’s most successful high school football coaches over the past decade.

“Ron is a high character individual as well as an outstanding coach and mentor,” said Harbaugh, the J. Ira and Nicki Harris Family Head Football Coach. “He displays a lot of energy and enthusiasm for teaching and developing young men and has created lasting relationships with his players. We are excited to welcome Ron and his wife, Aamira, and their children into the Michigan Football family.”

“I am excited about the opportunity to return to my alma mater as an assistant coach,” said Bellamy. “I look forward to working with Coach Harbaugh and this outstanding staff as we work each day to put the players in the best position to be successful on and off the field. Michigan means a great deal to me and my family, and we can’t wait to get to work helping the football program achieve its team goals. I’m coming home again. Go Blue!”

Bellamy finishes a successful 11-year stint coaching high school football in the state of Michigan. He just led West Bloomfield High School to their first state championship this past Saturday.

Bellamy was a coveted student-athlete at Shaw as a four-year honor roll student was all-state and All-America in both football and track. At Michigan, he started 25 of 36 games played and had 67 receptions for 888 yards and nine touchdowns.