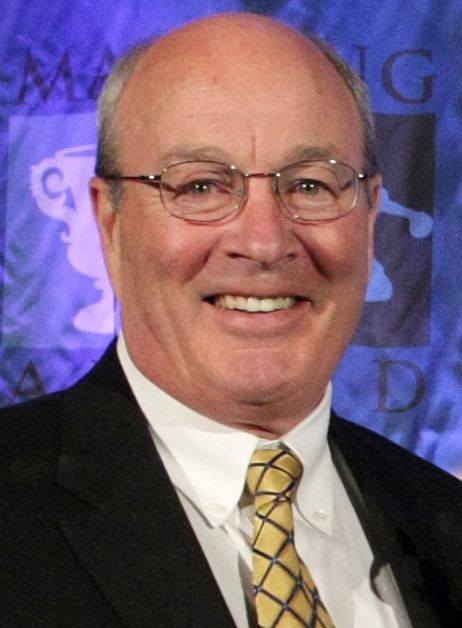 NEW ORLEANS – Paul Hoolahan, the head of the Sugar Bowl organization for 24 years, passed away unexpectedly on Wednesday at the age of 72. Hoolahan took the reins of the Sugar Bowl in 1996 and oversaw one of the most successful periods in the Bowl’s history. He retired on June 30, 2019, as the Bowl’s chief executive officer after directing the Bowl’s operations for 25 games.

Hoolahan, who became the Sugar Bowl’s sixth executive director in 1996, directed Sugar Bowl operations for five national championship games: Florida’s 1997 win over Florida State; the 2000 win for Florida State over Virginia Tech; LSU’s 2004 national title victory over Oklahoma; LSU’s defeat of Ohio State in the 2008 title game; and the 2012 victory for Alabama over LSU – considered by many to have been the largest sporting event in the history of the South.

“Paul Hoolahan was a true legend in college football circles and a great advocate for the Sugar Bowl and New Orleans,” said Jeff Hundley, the Bowl’s current CEO and long-time co-worker of Hoolahan. “His numerous accomplishments in leading the Bowl were important in maintaining the organization’s position as a leader in postseason college football. But those of us who knew him best will remember his fun and generous spirit, one that was unique in charm and wit and endeared him to people around the country. Paul was at the same time intensely tough and tenderhearted. He was truly one of a kind and will be greatly missed by everyone at the Sugar Bowl.”

In addition to hosting multiple national championships, Hoolahan’s distinguished tenure with the Sugar Bowl was defined by financial success and by the Bowl’s continued status as one of the premier organizations in the country. While engineering a business plan that led the Bowl to financial stability, Hoolahan spearheaded several major initiatives, including landing the 2020 College Football Playoff National Championship for New Orleans and finalizing a landmark arrangement with the Southeastern Conference and the Big 12 Conference for a 12-year period (2013-2025 seasons). That agreement also guaranteed the Sugar Bowl four College Football Playoff semifinal games (2015, ’18, ’21 and ’24) during that same period.

“I’m particularly proud of the way this organization’s volunteer membership and professional staff have consistently put their best foot forward to make the Sugar Bowl experience second to none,” said Hoolahan upon his retirement. “Working year by year with top-notch people has been one of the most rewarding parts of this job, and I’m certainly going to miss that.”

Early in his tenure in New Orleans, Hoolahan helped the Sugar Bowl secure a spot in the prestigious Bowl Championship Series, a four-way rotation of college football’s National Championship game. In successfully doing so, he established a business model that was marked by significant increases to the organization’s budget as well as healthy contributions to its bottom line. Additionally, he engineered a program that placed renewed emphasis on financial accountability.

In over two decades with the Sugar Bowl, Hoolahan directed organizational efforts which generated well over $3 billion for the local economy.

While the annual college football game has been the crown jewel of the Allstate Sugar Bowl’s efforts, Hoolahan and the Bowl’s volunteer membership were involved with a wide-range of competitions at both the prep and intercollegiate levels. During his tenure, the Bowl nearly tripled its number of ancillary community events that benefited young athletes in the region. Furthermore, he played an important role in the Sugar Bowl’s involvement with New Orleans’ successful hosting of the 2012 NCAA Men’s Basketball Final Four and the 2013 NCAA Women’s Final Four.

“We’re making a difference in a positive way, whether it be through scholarship programs or helping the local universities,” Hoolahan said in 2018. “Wherever we can provide help, generally speaking, we’re in there doing it. Periodically we’ll take on a more philanthropic job like coming back from Katrina, we spent a significant amount of money helping repair Tad Gormley. And then, which I’m very proud of, is the effort where we were able to work with (former New Orleans mayor Mitch Landrieu), Nike and the Drew Brees Foundation to totally rebuild Joe Brown Park. That was a huge, huge project.

“It’s things like that make you proud that the organization continues to thrive and is the center of a lot of good, positive activity. As I exit, it’s probably the thing of which I’m most proud.’’

Hoolahan’s involvement in college football at the highest-level dates to his playing days at the University of North Carolina where he was an All-ACC lineman paving the way for Hall of Fame tailback Don McCauley, who achieved consensus All-America status while breaking O.J. Simpson’s single-season rushing record in 1970.

Following his collegiate career, the native New Yorker returned to coach high school football at his alma mater, St. Francis Prep, a perennial power and one-time home to the late Vince Lombardi. In 2014, Hoolahan was enshrined as an inaugural member of St. Francis Prep’s Athletics Ring of Honor. He was inducted into the school’s Hall of Fame in 2016.

In the mid-70s, Hoolahan returned to UNC to serve as strength and conditioning coach and academic advisor for the Tar Heels program. He quickly expanded his responsibilities as assistant athletic director to include overseeing the business, ticket and facility operations before being named associate athletic director in the mid-80s.

In 1990, Hoolahan was named Director of Athletics at Vanderbilt University, following former director Roy Kramer, who went on to become commissioner of the Southeastern Conference that year. Hoolahan’s tenure at Vanderbilt was marked by significant improvements to the department’s business operation, considerable expansion of its fund-raising efforts, improvement in athletic facilities and the hiring of top-caliber coaches.

Hoolahan, who was inducted into the Louisiana Sports Hall of Fame in 2015, had a long involvement with the National Football Foundation (NFF) and College Hall of Fame. In 2018, he was presented with the National Football Foundation’s Legacy Award, which honors individuals and organizations who have made extraordinary contributions to the NFF and/or embody its mission. He was also presented a Legacy Award in 2019 for “distinguished service within the bowl industry” by the Football Bowl Association, an organization for which he served as President.

He is survived by his wife Katherine and their three daughters: Kate, Molly and Megan.