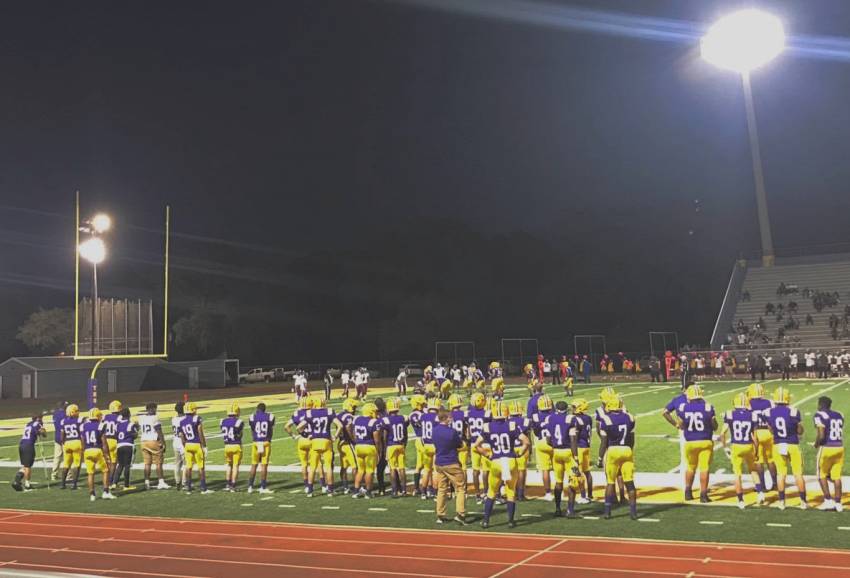 Thibodaux claimed the first ever Class 5A state championship in 1991. The road back to that level has been somewhat steep but it is attainable.

Chris Dugas enters his 11th season on the job.

The Tigers went 4-5 a year ago, narrowly losing 21-14 to the No. 2 seed John Ehret in the opening round of the playoffs.

While the record was not what the Tigers hoped for, Dugas is excited about the 2021 season.

“We absolutely take away a positive experience from that Ehret loss,” Dugas said. “We started the season 1-3 and finished 3-1. We most by a point to McDonogh 35 and lost by three points to Terrebonne. It could have been a different season. We were a couple of plays away from being a good team. We believe we can carry it over and will be better.”

“We will miss Luke after three years as our starter,” Dugas said. “That is a lot of experience at a very important position.”

The cupboard is certainly not bare.

The Tigers will turn to junior Ean Rodrigue (6-1, 190) at quarterback. Rodrigue is an outstanding athlete and a college prospect who gained valuable experience in 2020.

“Ean stepped in late in the season last year and emerged as a leader,” Dugas said. “His toughness is really impressive. The stage is never too big for him. When we turned things over to him last year, he made plays. He’s one of those kids who is not afraid to tuck it and run it. He can make the throws. You don’t realize how good his arm is. He’s a good baseball player. He gets tough yards for us in the run game.”

“I feel our running back position is one of the deepest on the team,” Dugas said. “Kanye coming back is big. He and Stokes both had injury issues last year and they are healthy. Demarcus transferring in is big. He can really help in the slot and can help in the return game. I feel we will be a more run-oriented team this year. We’ll be more of a power run, play-action team.”

“Gage and Owen bot a lot of experience last year,” Dugas said. “They are not super big but they are good possession guys. Junior Brayson Rodrigue is back as well and he may play some defense for us. He is a little longer, a little bigger.”

“Connor is a converted middle linebacker,” Dugas said. “He is stout, solid and we feel he can help in this new role. He looked really good in the spring. He can really block and he can catch it.”

“We won’t be the biggest offensive line,” Dugas said. “We are smaller but we are more aggressive. Pass protection is something we must improve on. We should be good run blockers. Stevens returns as a starter and Cameron is a three-year starter. They are our leaders. We have a few who can play.”

“Jameian is being recruited by most everybody in the SEC and has 12 of 13 major Division I offers,” Dugas said. “We lost some really good players but having Jameian back is huge. He moves extremely well for a big kid. He is a good basketball player and that gives him agility in football. He will be the leader of our defense. I’m just glad I don’t have to block him.”

“Landry coming back is huge,” Dugas. “He moves from outside to inside. We lose Spencer Boudreaux from last year but Brooks and Simmons are good players with experience. Granier and Arceneaux will be solid players and both saw significant time late last season.”

The secondary features a returning starter in senior Wyatt Clement (5-8, 175).

“Wyatt will make the jump from corner to safety,” Dugas said. “We can rely on him to get everyone lined up right and to handle coverages. He can help in the return game. He adds an extra body in the run game, like an extra linebacker. He’s a good one.”

“I really like Nick Jones,” Dugas said. “He is a long corner who may still grow. He will get his name out there this year. He played sparingly last year but he will be a really good player. Woods did not play football last year but he is a really good athlete and he should emerge as well. Brayson will shore up things as well.”

The schedule opens at Lutcher on Sept. 3 before the Tigers host South Lafourche. A long trip to Lake Charles follows against Sam Houston.

“It will be a tough non-district schedule,” Dugas said. “Lutcher is always solid and they will be really good at quarterback and up front, a good test for us. South Lafourche is tough and a parish rival. Sam Houston didn’t get to play last year due to Hurricane Laura. They have most kids back now. We play Assumption as well and Keith Menard does a great job there and I used to coach there.”

District 7-5A play begins on Sept. 24 with a tough matchup at Reserve against East St. John before the Tigers venture out of district at Assumption.

The rest of the schedule features district foes, starting at home against Hahnville on Oct. 8 before a road game at H.L. Bourgeois. The Tigers will host Central Lafourche, travel to Terrebonne and close at home against Destrehan, the defending league champion and a Class 5A semifinalist a year ago.

“I call our league the SEC West,” Dugas said. “It’s all good football teams. Central and H.L. are improving. Destrehan is like the Alabama of our league. Hahnville is always good. East St. John is a dangerous team, very talented. Terrebonne is always a difficult team to beat. It’s going to be a tough league. It will be a war every Friday.”

With a good combination of talent and experience, Dugas is optimistic about the potential of this year’s Tigers.

“I feel we can do some really good things this year with a young still group,” Dugas said. “Our junior class is really strong with a pretty good sophomore class behind them. The seniors are solid. There will be bumps along the road but I feel we can be pretty good. We’ve had a great summer and gotten stronger. I’m excited. It could be a great year.”