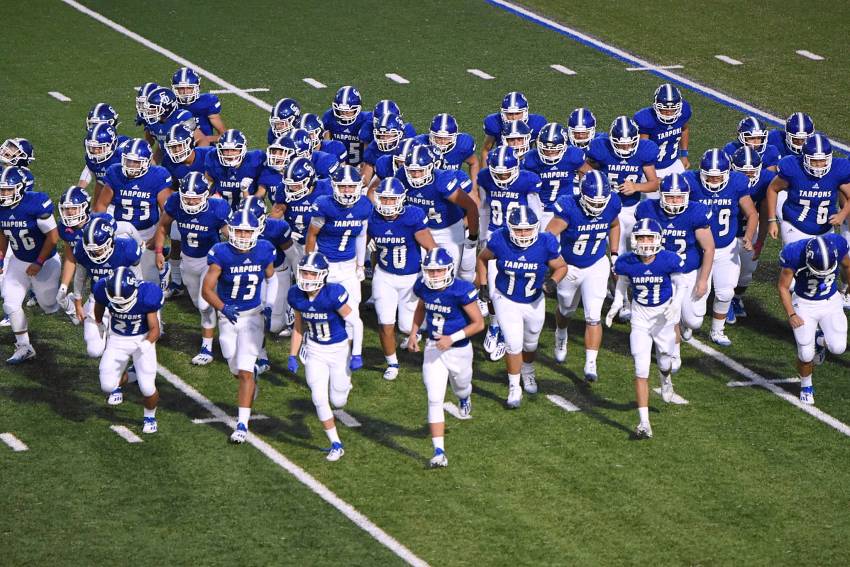 For the most part, the 2020 season was not one to remember for the South Lafourche Tarpons, who posted a 2-4 record that was not good enough for a postseason berth.

The losses of key starters from last year’s team including leading rusher Braxton Pitre, quarterback Matt Jalbert along with safeties Francois Terrebonne and Joe Pierce make the challenge of a turnaround in 2021 tougher.

Last year was Brian Young’s first year as the head man in charge at South Lafourche, made even more challenging by the COVID 19 pandemic. The Tarpons struggled with consistency on both sides of the ball. In the two games they won, they scored over 40 points. However, in the games they lost, they gave up at least 24 points and failed to break 20 points each time.

Young continues to focus on building a winning culture at South Lafourche, similar to the teams they had in the 1970s when they won two state titles. There’s no time like the present to move in that direction.

Senior running back Brody Pitre (5’9”, 175) will look to pick up the slack that his older brother, Braxton Pitre, left behind as the latter has moved on to play for the Louisiana College Wildcats in the fall.

Last year, the younger Pitre compiled 30 carries for 144 yards and a score and also showed off his receiving capabilities when he caught 25 passes for 272 yards and a pair of touchdowns, proving that he has talent to be an every down back.

Tight end Jackson Austin (6’2”, 215) and wide receiver Dylan Pregeant (5’9” 165) are give Gisclar more targets when he drops back. Austin had 16 receptions for 271 yards and 3 touchdowns as an All-State Honorable Mention. Pregeant caught 13 passes for 170 yards last season as a reliable third option for the Tarpons passing game.

“One of the newcomers we are very excited about is Austin Savoie who will play a slot position. He is a basketball player who decided to come out this year and is a great fit in our offense,” added Sanamo.

Savoie (5’10”, 150) is a three-sport athlete that the coaching staff feels will have an immediate impact on the field as a senior.

Two additional impact players – senior linebackers Wes Allemand (5’10”, 205) and Hunter Condley (5’10”, 225) – return to patrol the middle of the field. Allemand gave opposing offenses fits on his way to 53 total tackles, 17 for loss and 3 sacks. Condley mad his share of big plays as well, finishing with 49 total tackles, 19 for loss, 2 sacks and 3 forced fumbles. Opposing teams’ scouting reports will have to be centered around neutralizing the impact that both linebackers can make on defense.

“We have a lot of great players that are also great leaders. If we play the way I know we are capable of, we will have a great season.” said Young.

South Lafourche has nine regular season games scheduled this year, with five on the road and four district tilts. Their last three games will all be away from their home turf. The Tarpons will meet four opponents they faced in 2020, going 2-2 in those matchups and beating rivals Central Lafourche and South Terrebonne.

Young hopes that this will be the year that he begins building a winning culture for the South Lafourche program.