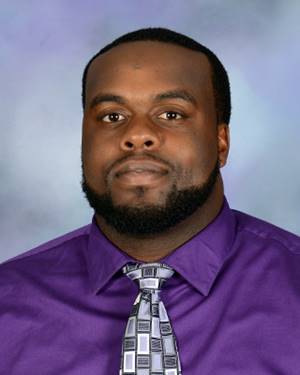 Sophie B. Wright is a fine school with a fine basketball program, which has proven to be a force in recent years.

Can the Warriors reach the same level of success in football?

That is the clear goal and to achieve the goal, Sophie B. Wright has turned to Kenneth Dorsey to lead the program.

Well prepared for the position, Dorsey served as the Interim head coach of St. Augustine in 2019 before working with Wayne Reese Jr. at Booker T. Washington a year ago.

Dorsey began his coaching career at Independence Middle School in 2012 before working at Amite in 2013-14. He arrived at St. Aug in 2015, serving as an assistant coach before becoming the head coach.

The task of rebuilding is a tall one as the Warriors are a combined 1-16 over the last two seasons, including 0-7 a year ago after winning a district title in 2018 under previous head coach Dennis Christopher.

“Serving as a head coach at St. Aug benefited me quite a bit,” Dorsey said. “Everyone knows the challenges at St. Augustine. It was a learning experience and it gave me a sense of what direction to go in as a coach.”

The Warriors graduated a host of players following the 2020 season, including wide receiver John McCall, now at McNeese.

“We had a decent spring,” Dorsey said. “We scrimmaged Albany and looked good running the football before fatigue set in as we had a guys playing both ways. There are a host of new players that we have to teach and grow with.”

Dorsey will count on several players to play both ways in 2021 as he plans to start five players on each side of the ball.

“Trenvontay has experience as a three-year starter,” Dorsey said. “He has been more of a basketball player but he is committed to playing football now and has talent.”

Alford has passed for 3,001 yards and 17 touchdowns with just four interceptions and has scored four touchdowns rushing previously.

The Warriors have a bruising player in junior tight end/fullback Dennis Wells (6-3, 270), a college prospect.

“Dennis is a very good player who has shown physicality,” Dorsey said. “He runs routes well and can catch the ball and block and we are counting on him both ways.”

Freshman running back Avonte McKinnis (5-10, 230) is young but he is big with a big future.

“All three have nice height and athletic ability,” Dorsey said. “We need one or two of them to emerge and make plays for us.”

“None of those guys were starters a year ago but there is promise and size there,” Dorsey said. “The key is playing to strengths and coming together as a unit.”

The defense returns a pair of stars in senior linebacker Kerrick Solomon (6-2, 220) and senior defensive back Terry Simmons (6-0, 170). Solomon led Sophie B. Wright with 77 tackles, including four sacks a year ago and recorded an interception. Simmons had 50 tackles, four interceptions and broke up six passes.

“I think Solomon will have a breakout year,” Dorsey said. “He performed well at the Louisiana College football camp. He should get some college looks.”

Junior Juan Izaguirre (5-11, 200) will handle kicking and punting duties while Tate is the primary kick and punt return specialist.

The schedule is one that Sophie B. Wright and Dorsey can be competitive with.

The Warriors open with Collegiate Academy on Sept. 3 before facing Jefferson Rise Charter on Sept. 10. The Warriors then host Cohen Prep. Road games with Livingston Collegiate and St. Helena follow.

District 10-3A opens with Martin Luther King Academy, before Dorsey faces his former program in Booker T. Washington. Next up is Abramson Sci Academy on Oct. 22 before a tough game with McDonogh 35. The regular season concludes against Douglass.

“We have a total of 35 kids right now,” Dorsey said. “Realistically, we want to build it to at least 50 kids to compete in our classification. We need to develop our junior varsity program and we have to build depth. We have a good coaching staff that can put our guys in position to make plays. We want to make this an attractive football program for prospective student-athletes.”

While expectations will be measured, expect the Warriors to be improved under the steady presence of Dorsey.

“I saw they had a lot of talent when I coached against them while I was at Booker T. Washington,” Dorsey said. “Once I got here, I saw that a lot of that talent was gone. The kids we have are great. They want to be led, to learn, to be successful. We do not have much experience so we have to put ourselves in situations to teach fundamentals and techniques and hope that translates into winning.”

Success may not happen overnight but the Sophie B. Wright program is in good hands.