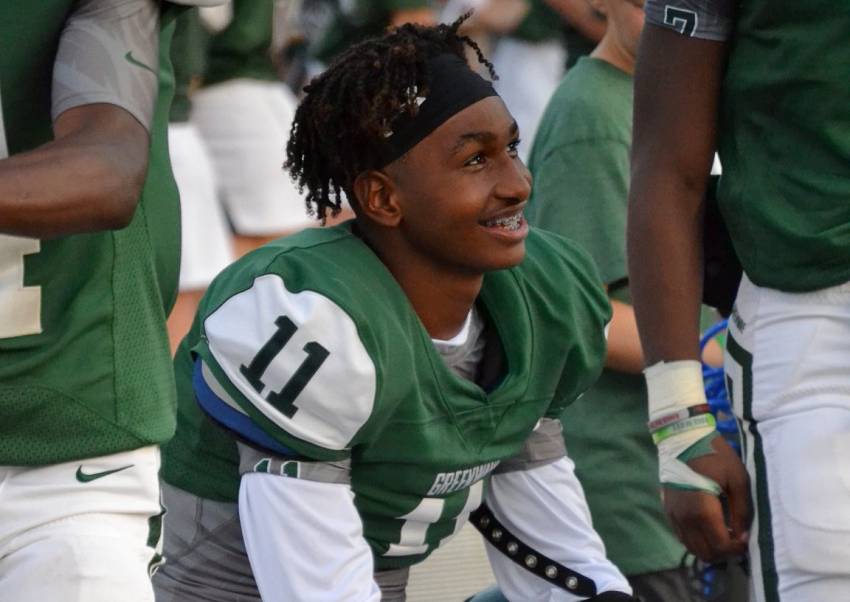 While many are focused on the incredible milestone of 600 wins which Hall of Fame coach J.T. Curtis is about to achieve at John Curtis Christian, another magical milestone is within reach at Ponchatoula High School.

In his brilliant career which includes head coaching stops at Archbishop Shaw, West Jefferson and Ponchatoula, Tierney has proven himself to be one of the best coaches ever in our state.

“If there were 10 things on my list, that would be No. 10,” Tierney said. “I don’t talk about it or say anything about 300 wins. If you ask the kids, they don’t know about it. Winning more games than you lose is tough enough. We lost a few games last year that we could have won and we lost a few games to COVID. It would be a nice if it happens. It says you had good players and good assistant coaches and good enough health.”

At Ponchatoula, Tierney is entering his 11th season as head coach, growing the program to a consistently good level and to a consistent playoff team, posting a solid 67-36 record.

A year ago, the Green Wave went 7-2, going unbeaten in District 6-5A play in capturing the district championship. The Green Wave lost in the second round of the state playoffs to Ruston.

In 2015, Ponchatoula got to the quarterfinals, falling to John Ehret.

In 2021, Ponchatoula is a favorite to repeat as District 6-5A champion and a threat to go deep into the playoffs, if not a threat to reaching the 5A state title game, with 17 starters returning from last season.

Ponchatoula has an elite player in senior quarterback Jacoby Mathews (6-3, 195). An LSU commit, Matthews will be a star safety at the next level but he is a real dual threat quarterback for the Green Wave. Mathews was an all-state performer in 2020.

Now, Tierney is looking to play Mathews at safety and receiver.

“He just brings so much to our defense,” Tierney said. “We feel like we can be a really good offense without him at quarterback while using him a bit at receiver. We feel we can truly improve out defense with him at safety.

Junior Nolan Tribble (5-10″, 175), the son of Ponchatoula head baseball coach Scott Tribble, takes over as the primary quarterback in 2021.

“He is really a good athlete and can really throw it and he is accurate,” Tierney said. “He is very capable of doing the job very well. We can always go to Jacoby if we need to and he is still getting reps at quarterback. That is our plan.”

Ponchatoula will have a terrific running game with Mathews and Brayden Johnson, who rushed 118 times for 1,007 yards and 11 touchdowns in 2020. Add the 5-foot-11, 180-pound D’Mantrell Osby to the mix, who rushed for 432 yards and caught passes for 343 yards and five touchdowns, and it is as good a rushing attack as you will find anywhere.

The passing game is loaded with talent as well.

“Walker, Finley and Osby are special,” Tierney said. “Johnson has rushed for over 1,000 yards in two straight seasons. It is a really good group that will be hard to stop.”

“We lost our center, right guard and right tackle from last season,” Tierney said. “That will be the most challenging area for us initially.”

The defense should be solid as well.

“Bailey has already been offered by LSU,” Tierney said. “He has been starting since his freshman year. Livers is a really good player and a two-year starter.”

“Brant was all-district a year ago,” Tierney said. “He finds the ball and makes plays. Brider is a returning starter and quite good. Butler will play the bandit position, roving the field.”

“Jacoby started as a freshman and sophomore at safety,” Tierney said. “We have nine key players back on that side of the ball. Winters is an excellent corner while Gaten is another returning all-district player for us. Primus can really run and should get college offers.”

“Jake Leitz was simply outstanding for us punting and kicking last season,” Tierney said. “Replacing him will be hard to do. He was automatic on extra points and kicked off into the end zone, which is invaluable.”

The season begins with Walker on Sept. 3, followed by H.L. Bourgeois. An intriguing game follows in week three against always tough Brother Martin.

“We start with a bang by scrimmaging Rummel, a great program, and then facing Newman in jamboree action,” Tierney said. “Our kids know how good they are. Both teams are really good and really well coached. Facing Brother Martin is a real challenge,” Tierney said. “They are so well coached and just a very good team.”

The fourth game is the opening of District 6-5A play against Covington.

After a road trip to Northshore, the Green Wave face a showdown with Mandeville at home on Oct. 8.

Road games at Slidell and Fontainebleau precede another home showdown with St. Paul’s before the regular season concludes at neighboring Hammond on Nov. 5.

“We won the league last year and got by Mandeville and St. Paul’s last year,” Tierney said. “Both were tough games. St. Paul’s is consistently good and will be better this year. Fortunately we have them at home. Mandeville is really good again but we have them at home. Malter Scobel is the coach at Slidell now and he is a great friend whom I worked with for years. Northshore will be better. Covington is always tough.”

With the experience and talent on hand and with a future Hall of Fame coach closing in on a big milestone, look for Ponchatoula to reach the level of its 2015 team with a real possibility of exceeding that level.

“We were 10-0 in 2014 and went to the second round of the playoffs,” Tierney said. “We went to the quarterfinals in 2015. I think may be our best team, certainly the best since 2014. The 2014 team was really good on defense. This year’s team is really good on offense. With 17 starters back from a district champion, you should be good.”

With a very good team and a great coach, the Green Wave are poised to make huge waves in 2021.