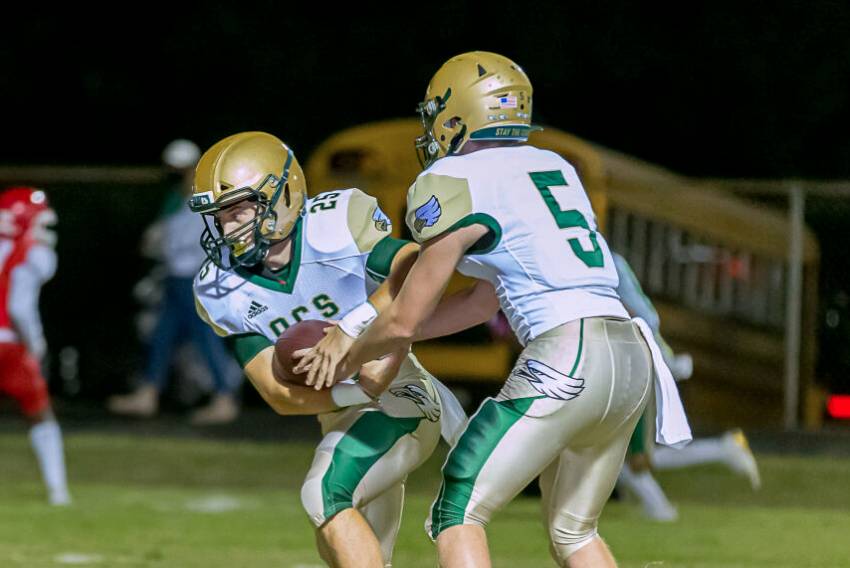 It does not take long to call the roll.

The elite programs in Louisiana who have won multiple state championships since 2010 are obvious.

Of the 22, there are 21 that are official as Southern Lab had to forfeit a pair of titles.

Only Acadiana (five) has won more state titles during that time while Lafayette Christian has equaled the Eagles with four championships.

“Every year is a blessing, win or lose,” Fitzhugh said. “You enjoy the years that you win and take home awards but it is about the young men, teaching, nurturing, building leaders for life. It was a great year last year and we always look forward to the challenge of each new year and try to enjoy it in the process, trying to win a championship. We have a great staff and great young men who have high expectations.”

Ouachita Christian fell a step short a year ago, losing to Calvary Baptist in the Division IV title game in Natchitoches.

Seven starters return on offense from a year ago.

The biggest challenge for the Eagles is replacing quarterback Hunter Herring, now at the University of Louisiana (Lafayette).

Junior Landon Graves (5-10, 180), a two-year starter on defense, makes the move to quarterback to lead the way. Graves has some experience, going 2-0 as a starter at quarterback previously.

“Landon played some last year and we have 100 percent confidence in him,” Fitzhugh said. “Through the years, we have always had to replace good players at quarterback and we have been blessed to do so. Landon was thrown into the fire his freshman year and had a huge game. He has started on both sides of the ball. I don’t think we will miss a beat.”

Junior Chad Strickland (5-9, 165) will be the starting running back.

“Strickland will be a first year starter but he is explosive,” Fitzhugh said. “Noah Lovelady will play as well.”

Senior Tristan Wiley (6-2, 185) was an all-state wide receiver a year ago. Wiley has offers from Air Force and Middle Tennessee. Senior Thomas Culp (5-9, 170) brings talent and experience to the position as well.

“Wiley is awfully good and we expect even bigger things from him,” Fitzhugh said. “He loves to work hard and will be very successful at the next level. It’s been a while since we had a receiver this sought after, a player with great size and speed who won the state title in the 300 meter hurdles. He’s a good one.”

The offensive line should be quite good as four of five starters return.

While the offense is experienced and talented, the defense is a big younger and must mature quickly.

A senior Casey Cobb was an all-state defensive lineman last season and he has a good running mate in Miller.

“Cobb was superb last year,” Fitzhugh said. “He is one of the most productive defensive linemen that we’ve had in two decades. He plays with a lot of passion. Miller started last year and we need a few others to grow up. Ryder Bentley (6-5, 235) could produce big things as well. His father is one of our coaches.”

On the back end, Wiley and Graves return while sophomore Noah Lovelady (6-1, 195) started as a freshman and will see time at running back as well. Senior linebacker Barham White (6-1, 170) and sophomore linebacker Zach White (5-11, 170) are returning starters as well.

“We return Lovelady and he led us in tackles as a freshman,” Fitzhugh said. “He runs extremely well. I think he is a Division one prospect. He can really play. He can do whatever you need. Junior Colin Cork is another linebacker that played well toward the end of last season and we expect him to be good. Wiley and Graves will play in the secondary, along with Garrett Simmons, who will play strong safety.”

Graves was an all-state punter a year ago and bolters the kicking game.

The schedule will be difficult once again.

The Eagles open on the road at Southwood and at two-time defending Class 1A state champion Oak Grove in the District 2-1A opener for both teams in an early season showdown.

“We start district in week two, all the way through week nine,” Fitzhugh said.

Next is a home game with Sicily Island prior to road games at Cedar Creek and St. Frederick.

Games with Delhi Charter and River Oaks follow before the Eagles close with three straight home games against Tensas, Delhi and Mangham.

“The Mangham game will get us primed and ready for the playoffs,” Fitzhugh said. “Oak Grove will certainly be the team to beat again. They return several good players and are accustomed to winning. They have talented, division one players. They have an established program. It is always a good battle.”

The expectations are always high, make that sky high for OCS under Fitzhugh. What else would you expect from the Eagles?

“Every year, it does not matter who returns or who graduates,” Fitzhugh said. “We work hard at getting better every day, every game and be playing our best by playoff time. Our goal is to win each and every game and to win a state title, to be the last one standing. We won it in 2019 and came up short last year. We know both feelings. The guys we have back are hungry and working hard to accomplish the goal.”