When it comes to District 8-5A, it has been virtually no contest as John Ehret has dominated the league for several years now.

The Patriots went to the state championship game in 2015 in Class 5A and were the No. 2 seed in the 5A playoffs a year ago.

The level of excellence should continue for Ehret in 2021.

“Last year was a great season,” Rogers said. “COVID was a task to dodge. Just to get on the field was phenomenal. I’m proud of what we were able to do.”

While the Patriots graduated many excellent players, including several who are now playing at the next level, the cupboard is certainly not bare.

Ehret returns 16 starters, including eight on each side of the football.

Junior quarterback Royal Falgout (5-8, 175) is back and will be solid.

“It’s key to have your quarterback returning,” Rogers said. “It’s extremely important to be successful. Royal has the ability to make plays. He will not get rattled when it’s time to get it done.”

The Patirots have senior Aami Cargo (5-10, 188) returning, along with senior Eian Edwards who provides depth. Edwards was at Istrouma last season but has returned to Ehret, where he was originally. Cargo was previously committed to New Mexico but has reopened his recruiting process.

“Thomas is a special talent,” Rogers said. “Everyone is impressed with his speed but he is just a great football player. He’s been playing since youth. He can catch it as well as anyone I have had. I’m impressed with his knowledge of the game and he is very coachable. He is a true leader.”

Senior Kenneth Johnson (6-3, 190) transferred from Karr last year and is ready to play well for the Patriots while sophomore Charles Coleman (5-9, 160) returns after starting as a freshman a year ago.

Up front, the Patriots have a pair of standouts in senior Kahlil Coleman (6-3, 300) and sophomore Khayree Lee (6-4, 345). Daniel Edmonson and Joshua Johnson also return, giving the Patriots a really good offensive front.

“Coleman is a three-year starter and Lee has a great future for us,” Rogers said. “I would say the offensive line is the strength of our offense. You have to be tough in the trenches and have experience and we have both.”

“We return three of the four from last year,” Rogers said. “We have a lot experience up front, just as we have on offense.”

At linebacker, junior Jerzey Brown (6-0, 220) is outstanding. Eric Davis is a young player with promise.

“We are young at linebacker but we are explosive and can run,” Rogers said. “Brown and Davis can run but they are physical as well.”

“We are still young but have experience in the secondary,” Rogers said. “Black started as a freshman. All of our players can run in the back.”

The schedule is tough.

The Patriots open against a pair of difficult opponents on the road in East St. John and Zachary before the Patriots host Archbishop Shaw.

“East St. John is a quality opponent and they ended our season last year,” Rogers said. “Zachary is an elite program. Shaw is much improved. We try to schedule tough up front to get tougher and improve. If you can get some wins, it will definitely help your power points. We want to play quality opponents early and we will do so.

District 8-5A play opens against rival West Jefferson and at Chalmette, against perhaps the two primary challengers to Ehret’s supremacy in the district.

Home games with Bonnabel and Riverdale follow before the Patriots travel to Metairie to take on East Jefferson and Grace King. The regular season closes against Higgins.

“Our district is improving,” Rogers said. “It is good for the league. Having four teams in the playoffs last year was phenomenal. I think the league took a big step forward. That’s a credit to the coaching. East Jeff and West Jeff have taken steps forward and are good and Chalmette is always a challenge.”

With an experienced team and talent, the outlook for the Patriots is quite good.

“In my mind, I think the sky is the limit for this team,” Rogers said. “If we can stay healthy, limit turnovers and create turnovers, we can do big things and make a lot of noise in the playoffs.” 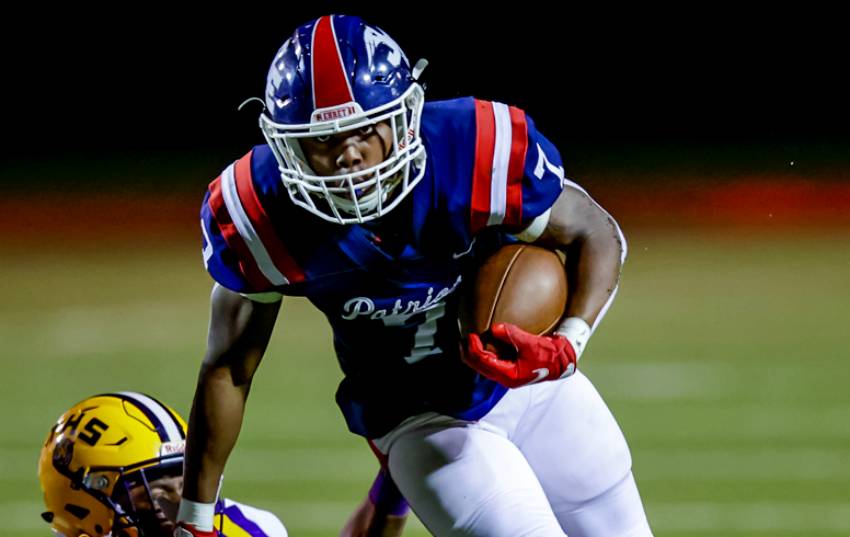 Rogers talks about what to expect from the 2021 Patriots.