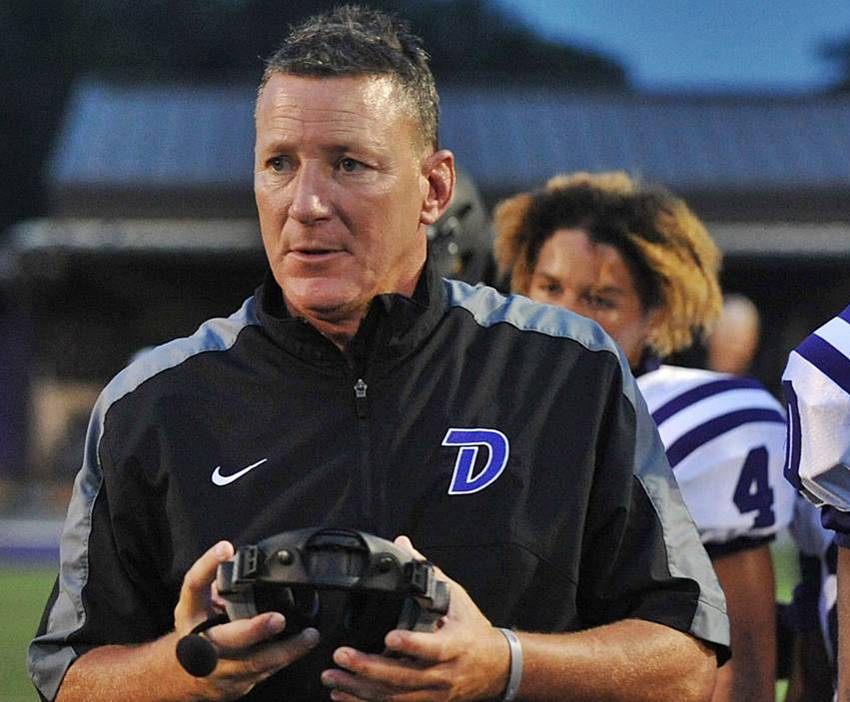 After a respectable year in 2020, the Dutchtown Griffins will look to keep the momentum going during this year’s campaign.

In the shortened season the Griffins finished with a 5-1 regular season record and went on to win a postseason game before Destrehan knocked them out of the Class 5A playoffs, 20-10.

Dutchtown has had elite talent walk through its program in recent years. Running back Eddie Lacy, offensive guard Lloyd Cushenberry and defensive backs Landon Collins, Eric Reid and Justin Reid are all former Griffins who went on to play in the NFL.

Head coach Guy Mistretta, who was hired in April 2017 to lead the program and also serve as Athletic Director at DHS, looks to continue the success of the program but he will have to do so in 2021 without some notable players from last year’s squad including offensive linemen Reed Davis and Matt Gallman, defensive end Joseph Johnson, linebacker Chris Washington, cornerback Justin Agu and place kicker Christian Donnelly.

“We must develop new starters on each level of the defense, but we are confident that we have players ready to fill those holes,” Mistretta said. “It will be important for leaders to step up on the defensive side of the ball as well.”

Two players that the fifth-year Griffins head coach identifies as keys to that side of the ball include defensive backs Tanner Vadnis (5’9”, Sr.) and Alvin Lewis (5’9”, Sr.).

Mistretta sees the offense as the more developed part of the team.

“We return plenty of experience and leadership on the offensive side of the ball,” Mistretta said.”

“Of course, Dylan Sampson is our top returner, but Baylor Langlois also returns in the backfield, as well as both quarterbacks, Pierson Parent and Sean Winfield,” Mistretta said.

The Griffins will kick off the 2021 season on Friday, September 3 with a home game against the Northshore Panthers who finished 2-5 last year before facing an Evangel Christian squad coming off a very rough 2020 season.

Dutchtown then has two straight home games starting with the Covington Fighting Lions, who the Griffins handled in last year’s contest 35-21, followed by Sci Academy Commodores, who opted out of the 2020 season due to pandemic, for the homecoming game.

Dutchtown is still looking to add an opponent for week five of their season. Their first road game planned as of the start of summer is the district opener at Woodlawn in Baton Rouge, where the Griffins will be looking to avenge last year’s defeat to the Panthers. The following week they will be on the road again versus an Ascension Parish foe, the East Ascension Spartans. This game last year was canceled due to COVID-19.

The next week, the Griffins return home to take on the McKinley Panthers, who they embarrassed in last year’s game 42-0. Dutchtown visit their other Parish rival, St. Amant Gators, who they did not get to play last year again due to COVID-19. Dutchtown will finish its season at home against reigning Division I state champion Catholic High of Baton Rouge, another opponent missed last season due to the pandemic.

Dutchtown has a fairly friendly schedule, especially in the front half to build up confidence and build depth heading into district play. The second half will either make or break their season as they will be tested.