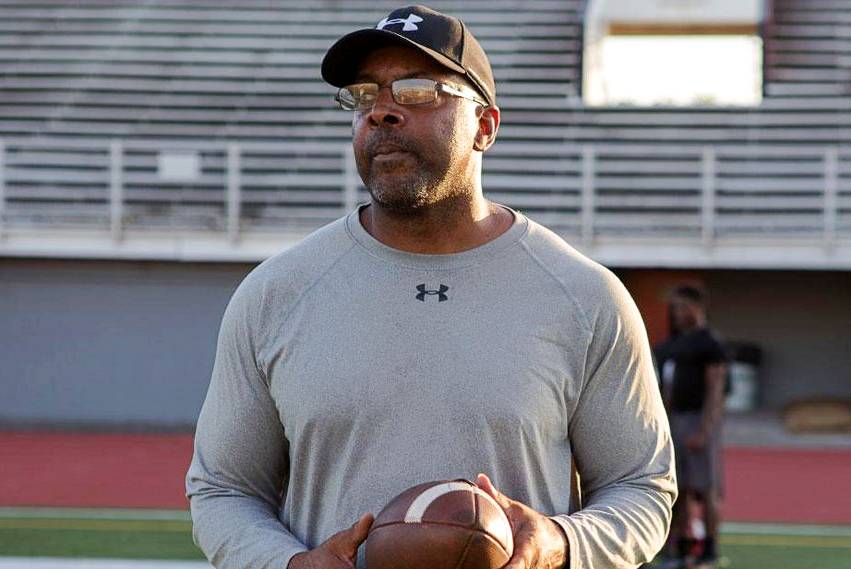 There is a proud, successful history in football at Bogalusa.

The Lumberjacks captured state championships in 1947 and 1969.

There is a proud, successful history surrounding Cyril Crutchfield.

The former Covington star led Port Sulphur to a state championship in 2002 and guided South Plaquemines to state titles in 2007 and 2008.

Crutchfield reached the title game at Port Sulphur in 2001 and at South Plaquemines in 2009. He took St. Augustine to the state semifinals in 2013.

Entering his 27th year in coaching, Crutchfield has also served as the head coach at Landry, West Jefferson and Broadmoor.

As a player at Covington, Crutchfield played against Bogalusa and remembers how tough the Lumberjacks were.

“They were big, athletic and I was scared to death of them,” Crutchfield said. “It was a very good program and it can be that again. I decided to step away from Broadmoor, where it is very tough to win, and this opportunity came about by the grace of God. A good friend asked me to write a reference. I saw the vacancy and I decided to apply. The rest is history. It was meant to be.”

Last season, the Lumberjacks went 3-5 and lost in the opening round of the Class 3A playoffs to eventual state champion Madison Prep.

Bogalusa must replace a slew of starters lost to graduation, most notably Raheem Roberts, now at McNeese State, and Jarvis Dawson, now at Louisiana College.

Only six starters return from a year ago and there are just four seniors back.

“We are very young,” Crutchfield said. “That is a good thing and a bad thing. Of the four seniors, only three are starters, one on offense. This time, next year, we will have 20 starters back.”

Fortunately, Crutchfield has a returning starter at quarterback in sophomore Ashton Levi (6-1, 190).

“It is great that Ashton has experience,” Crutchfield said. “He can sling it. He can make all the throws and he has good size. It is a pleasure to know we will have him for three more years.”

“I love three of our outside receivers, including Forbes, who was all-district last year,” Crutchfield said. “He is a top guy. Morris and Roberts are big guys, good targets and they can run. That gives us the ability to open things up for the run with their ability.”

The offensive line is young but returns one possible starter in senior right guard Jose Casterona (6-6, 245). The left guard will be sophomore Dayon Moses (6-0, 255). Sophomore Roderick Robinson (6-0, 225) is the right tackle and sophomore Kenneth Keys (6-1, 265) will man the center spot.

“We are very young,” Crutchfield said. “Jayden Brice could start at right guard and he is another sophomore.”

The defensive front is led by a huge returning starter in tackle Deijon Zeno (5-11, 345), along with another returning starter in junior end Julian Hampton (6-2, 210). The other starters are junior Tremon Ratliff (5-10, 190) at end and senior Alijah Mclemore (5-10, 220) at tackle. Mclemore is currently out injured, hoping to return soon.

“The heart and soul of our team is Zeno,” Crutchfield said. “He creates havoc for opposing offensive fronts. He is a star who could start anywhere, at any school. They will find out where he is at. Opponents will have to account for him.”

“Manning returns for us,” Crutchfield said. “Williams is the brother of Talik, our running back.”

The secondary is young with all new starters.

“The leader of the secondary is Magee,” Crutchfield said. “Aiden is a solid player as well. We are young but we feel like we can grow and improve to be solid.”

Mclemore will handle kicking duties while Levi is the punter.

The schedule opens on the road at rival Franklinton.

“We start with our big rivalry game with Franklinton,” Crutchfield said. “I have probably gotten 10 calls telling me that we can go 1-9 if we beat Franklinton. That is how important it is to the community.”

Bogalusa will host Pine in week two before three consecutive road games for the Lumberjacks at Salmen, Lakeshore and Varnado.

“They will all be rough opponents,” Crutchfield said. “Pine will be fundamentally sound and have a good running back. Salmen is always going to be tough. Lakeshore has been a consistent winner. Varnado is another rivalry game. That is the next one we have to beat for our fans.”

District 8-3A play begins at Albany on Oct. 8 before a tough home contest with Archbishop Hannan. After a trip to Jewel Sumner, the Lumberjacks close the regular season at home against Loranger.

“Hannan is going to be solid and well coached,” Crutchfield said. “They will definitely be a team to beat and you must be prepared for. They will execute well. Albany has a good quarterback returning. Sumner has an experienced team. Loranger has success in recent years.”

Bogalusa will face Higgins on Thursday in jamboree action at Hoss Memtsas Stadium.

With a very young team, Crutchfield is hoping to mold his youthful troops into a cohesive unit to make a run at a district title.

“I’m loving it,” Crutchfield said. “We just need to learn, build on this season and build some momentum. We will get better with game experience. Whatever we can do this year, it will only get better. The future is promising but we have to focus on building the program this year.”