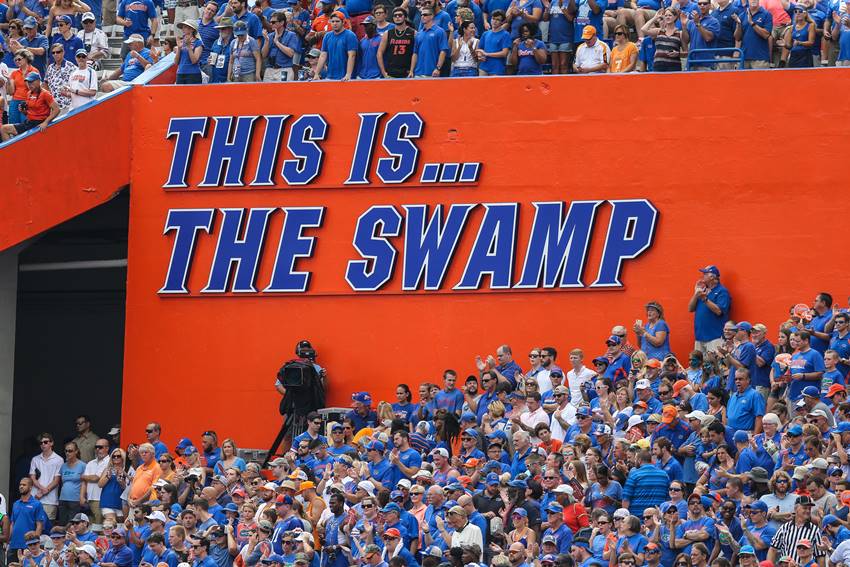 As has been common in college football this season, another team will be short-handed for a game.

The Tigers are scheduled to take on the Florida Gators this weekend in Gainesville, but SI.com reports five Florida players have tested positive for the virus just days before the game. The Aligator, the UF campus newspaper, reports 19 positive cases.

After additional reporting, @TheAlligator stands by its initial report of 19 positive tests on UF's football team.

The University of Florida football team has experienced an increase in positive COVID tests among players this week. Out of an abundance of caution, team activities are paused as of Tuesday afternoon.

Head coach Dan Mullen has been in communication with football players and their parents, and I have had conversations with the Southeastern Conference office, last week’s opponent Texas A&M, and this week’s opponent LSU.

These circumstances will be re-evaluated by UF Health and the athletic department’s sports medicine staff Wednesday.

Worse than one team being short-handed, it’s possible the game could be postponed. Another SEC matchup slated for this week – Vanderbilt vs. Missouri – has been postponed due to COVID-19 protocols.

NEWS: The Vanderbilt at Missouri FB game of Oct. 17 is postponed due to positive tests & subsequent quarantine of individuals within the Vanderbilt FB program. The action is consistent with SEC COVID-19 management requirements. The game is tentatively rescheduled for Dec. 12.

As of now, LSU-Florida is still set to be played Saturday with a slight game time change from 2:30 p.m to 3 p.m. Central.

FB GAME TIME CHANGE: The LSU at Florida football game Saturday in Gainesville will start at 4 pm ET/3 pm CT. The game was originally scheduled for 3:30 ET/2:30 CT. The game will still be televised by ESPN.

The Tigers and Gators are both coming off of road losses to Missouri and Texas A&M respectively.