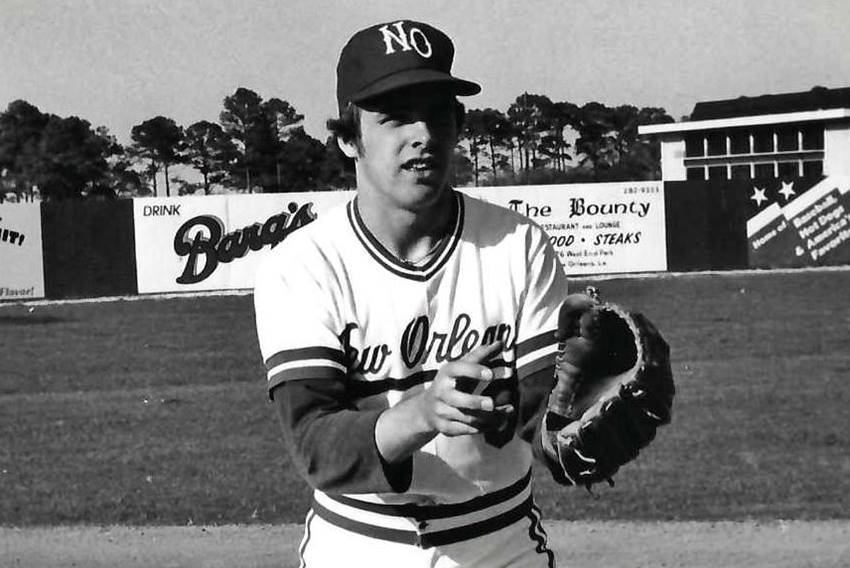 One of the “fast facts” about Los Angeles Dodgers rookie Gavin Lux is that his uncle had been the 1982 winner of the Golden Spikes Award, given annually to the best amateur player in the country. That uncle is Augie Schmidt, who played at the University of New Orleans from 1980 to 1982. Schmidt was a first-team All-American shortstop for the Privateers in 1982 and became the second overall pick of that year’s MLB Draft by the Toronto Blue Jays.

Schmidt was part of a wave of players UNO head coach Ron Maestri recruited from the Midwest during his 14-year tenure. He had been a ninth-round pick of the Cincinnati Reds after graduating from high school in Kenosha, Wisconsin, in 1979, but chose to attend UNO instead.

He had a sensational freshman season in 1980, hitting .304 with seven home runs as the Privateers posted a 46-15 record. They won a berth to the NCAA South Regional, where Schmidt hit a grand slam against Vanderbilt.

Maestri’s Privateers were a powerhouse in the South during Schmidt’s tenure. They won 48 games in his sophomore season and again played in the NCAA Regionals. The Privateers were even better the next season when they finished 11th in the final national rankings with a 49-16 record, following a runner-up spot in the NCAA South Regional tournament.

As a junior, Schmidt batted .372, with 14 home runs and a .676 slugging percentage and was named to All-American teams in 1982 by The Sporting News and Baseball America, as well as the American Baseball Coaches Association.

He won the Golden Spikes Award, comparable to college football’s Heisman Award. He beat out Jeff Ledbetter of Florida State, John Morris of Seton Hall, and Jim Paciorek of Michigan. He was the first college player selected in the Major League Baseball draft by the Toronto Blue Jays and the second overall pick, after Brooklyn high school player Shawon Dunston. He was picked before such future major-league stars as Dwight Gooden, Jose Canseco, Jimmy Key, and Bret Saberhagen. He reportedly signed for a bonus between $100,000 and $125,000.

Playing professional baseball was his lifelong dream, since his father Augie Schmidt III had played briefly in the Boston Red Sox organization. Following his draft selection, Schmidt told the Times Picayune, “I’ve wanted this forever. My dad would tell me how he pitched to Brooks Robinson and I’ve always wanted to follow in his footsteps.”

Schmidt was initially assigned by the Blue Jays to Class A Kinston in the Carolina League, where he turned in a credible slash line of .297/.378/.412. He got a promotion to Double-A Knoxville in 1983 and responded with a .264 average with four home runs and 54 RBIs. He appeared to be on a trajectory toward the majors, earning a shot with Triple-A Syracuse in 1984.

However, injuries and a logjam at the Blue Jays’ infield positions at the major-league level kept Schmidt from advancing further. His offensive numbers declined, and the Blue Jays wound up dealing him to San Francisco. His 1985 season was limited to 71 games, split between Triple-A Phoenix and Double-A Shreveport. After the Giants left him unprotected, he signed with the Minnesota Twins. He played one final minor-league season in his hometown of Kenosha (in the Midwest League) before retiring in 1986.

Schmidt succeeded his father in 1988 as head baseball coach for Carthage College in Kenosha and continues to hold the position today. Through 2020, his teams have compiled a 935-452-5 record, making 16 NCAA regional appearances. He was the NCAA Division III Central Region Coach of the Year nine times.

Schmidt was inducted into the Greater New Orleans Hall of Fame in 2005.

Lux has demonstrated baseball is in his bloodlines. He was the Dodgers’ Minor League Player of the Year in 2019, as well as Baseball America’s Minor League Player of the Year. He made his major-league debut last year and played in 23 games during September. He hit a pinch-hit home run in his first playoff at-bat during Game 1 of the NLDS against Washington. He was called up from the Dodgers’ taxi squad on August 27 of this season, with his best outing consisting of a two-homer game against Arizona on September 8.