Flashback: Smilin’ Dick Callahan one of New Orleans’ most sought after prep pitchers 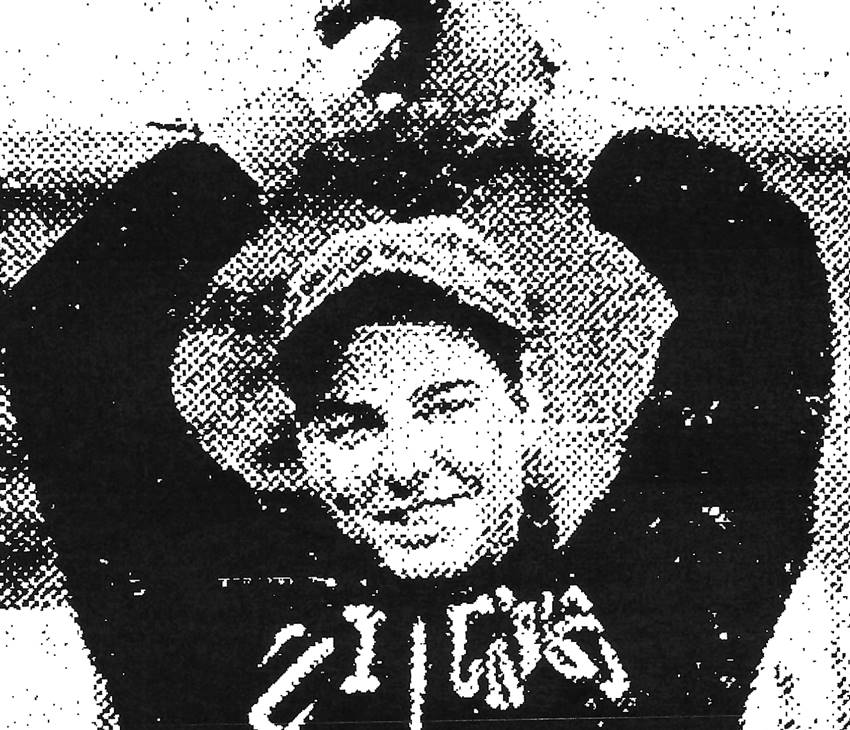 Former New Orleans prep pitching star Dick Callahan lived up to his nickname “Smilin’ Dick,” since he had a lot to smile about while playing for Holy Cross High School in the early 1940’s.

An All-Prep Team selection for three seasons, Callahan went undefeated in his final two years. During his tenure, the Tigers captured three city championships and one state title. He was signed by the Boston Red Sox in 1944 for a $15,000 bonus, an amount previously unheard of for a high schooler during that era. But he was rushed by the Red Sox organization to play in the high minors too soon, and he ultimately failed to live up to the schoolboy hype.

Callahan first appeared on the radar of New Orleans baseball in 1941, when he helped his American Legion team advance to the sectionals leading up to the World Series. He had started out the regular season as a batting practice pitcher but wound up becoming the sensation of the Legion baseball season, including an All-Legion Team selection. He led the Holy Cross-based Dunlaps with decisive victories in the state and regional tournaments, but the team was ultimately knocked out in the sectional.

The 1942 prep season saw the sophomore right-hander building upon his Legion success from the prior summer.  He matched up with S.J. Peters’ star hurler Pete Modica in several well-pitched games that drew city-wide attention by being played in Pelican Stadium. Callahan defeated Modica in the city championship game. Callahan was named to his first All-Prep Team, along with Modica, with the Times-Picayune reporting the duo was far and away the best pitchers in the league. (They would later become teammates for the professional New Orleans Pelicans.)

Callahan went undefeated in ten decisions for Holy Cross in 1943, including a win over Jesuit, 6-1, for the city championship. He was dominant against league opponents, at one point with 38 2/3 consecutive scoreless innings. The junior fireballer finished the season with 81 strikeouts and was selected to his second All-Prep team. He followed that by pitching for the Jax White Sox in the summer Audubon Baseball League, in which he went 5-0 in the first round of play.

By then, Callahan had reached “legend” status in local baseball circles, popularly referred to as “Smilin’ Dick”. Yet his best season would come in 1944. Early in the prep schedule, he pitched back-to-back no-hitters. In a highly publicized game believed to be the first high school night game at Pelican Stadium, he struck out 20 batters in a 12-inning contest against S.J. Peters, winning 1-0. His pitching opponent, Frank Azzerello, struck out 18. Holy Cross won its third consecutive city championship and then defeated S.J. Peters for the state title, as Callahan struck out 17 in the final game.  He was selected to his third All-Prep Team, after collecting his seventh win against no losses.

By the end of the prep season, Callahan had attracted scouts from nearly every major-league organization. He was being compared to former New Orleans prep stars Howie Pollet and Al Jurisich, both of whom had reached the majors. The teams most interested in him boiled down to the New York Giants, Detroit Tigers, Boston Red Sox, Brooklyn Dodgers and Philadelphia Phillies. Callahan’s coach at Holy Cross, George Digby, took charge of his recruiting process, accompanying him on workouts with the interested teams and advising him on contract matters. Digby eventually became a long-time scout for the Red Sox, culminating his career with a plaque in the Red Sox Hall of Fame.

Callahan wound up signing with the Red Sox, although he reportedly might have preferred the Dodgers if they had come closer to the Red Sox’s generous $15,000 signing bonus. His signing raised national attention about major-league clubs paying attractive bonuses to relatively unproven amateur players. Independent minor-league clubs, which were prevalent at the time, criticized major-league owners for luring away top prospects with sizable bonuses.

The minor-league Atlanta Crackers were one of the independent teams interested in signing Callahan. Sixteen-year-old Jesuit High School of New Orleans phenom Putsy Caballero was another player that signed with a lot of fanfare in 1944, although his bonus with the Philadelphia Phillies turned out to be considerably less at $8,000. Caballero would make history by going straight to the Phillies out of high school, as major-league teams were starved for players during World War II.

Unlike Caballero, Callahan didn’t go directly to the big-league Red Sox.  Instead, they assigned him to their highest minor league level at Louisville, also uncommon for players right out of high school. However, he was over-matched at Louisville, winning only one game against six losses in nine appearances. His ERA was a whopping 5.86, while he his WHIP approached 2.00. The Red Sox demoted him to Class A Scranton during the second half of the season, where he began to show his potential by posting a 4-2 record and 2.79 ERA. Local New Orleans sportswriters were critical of Red Sox management for trying to rush Callahan to the majors too soon.

Callahan re-gained his spot on the Louisville Colonels roster in 1945. He appeared to be better prepared to face the competition. He was sensational during the first half of the season, winning seven consecutive decisions after two losing his first two. Louisville wound up winning the American Association championship and faced International League champion Newark in the Little World Series. Callahan got the losing decision in Game Four, but the Colonels prevailed as Series champion. Callahan finished with a respectable10-5 record.

He started out the 1946 season with Louisville again, but lost control of his fastball and couldn’t get on track early in the season. In mid-May after only two appearances, he was assigned to play with the New Orleans Pelicans, then a Red Sox affiliate. The Times-Picayune speculated Callahan had hurt his arm when the Red Sox initially thrust him into the high minors. Personal tragedy struck when his 41-year-old mother died shortly after his arrival in New Orleans. As both a starter and reliever for the Pels, he compiled a 9-8 record and 4.43 ERA in 27 games.

The Sporting News reported Callahan had become a “problem child” for the Red Sox during spring training, when he refused an assignment to join Boston’s Toronto affiliate. Instead, he was assigned to Tulsa, but then never played during the entire 1947 season. Louisville sold him to Atlanta over the winter, although the Crackers kept him for only two games before trading him to Shreveport in early May 1948. Shreveport released him by mid-June, and his professional career was ended at age 24. By then, all the smiles had disappeared for the ill-fated hurler.

Callahan continued to play baseball in New Orleans in the semi-pro Audubon Baseball League and occasionally appeared in charity fund-raising games involving former pro players from the New Orleans area. He was honored by the Diamond Club of New Orleans Hall of Fame in 1991.