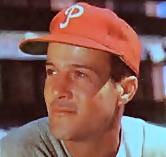 With the Major League Baseball All-Star Game coming up on July 13, it’s a good time to recall the performance of New Orleans native Connie Ryan in the 1944 All-Star Classic.

Ryan was a member of several Jesuit High School teams that dominated prep baseball in New Orleans in the 1930s. He was a Times-Picayune All-Prep selection as an infielder from 1936 to 1938. He was awarded the first baseball scholarship to LSU in 1939. However, he played in only one season for the Tigers before entering professional baseball in 1940.

In his third season of professional baseball, he was sold by the Atlanta Crackers minor-league club to the New York Giants for $60,000, which was big money in those days. He started out the 1942 season with the Giants, where he was a teammate of Mel Ott, who was originally from the West Bank in New Orleans. However, Ryan wasn’t able to stick with the big-league club and was sent to Jersey City where he finished out the season.

In April 1943, Ryan was traded with Hugh Poland to the Boston Braves for Ernie Lombardi. He spent the full season with the Braves when he batted .212 with one homer and 25 RBIs.

1944 was his breakout season, as he earned an all-star berth at second base with the National League. He started the scoring for the National League in the fifth inning of the All-Star Game with a leadoff single off Tex Hughson. He stole second and scored on Bill Nicholson’s double. The NL scored four runs that inning on their way to a 7-1 victory. Ryan had another single in the sixth inning, while fellow New Orleanian Mel Ott was hitless in a pinch-hit appearance for the NL all-stars.

Two weeks after the All-Star Game, Ryan enlisted in the Navy and was sent to the Western Pacific theater. At the time, his .295 batting average was second on the Braves team. Despite playing in only 88 games, he still received votes for the NL’s Most Valuable Player Award.

He was a member of the Navy’s 5th Fleet ball clubs that played exhibition games to entertain the servicemen stationed on the various Pacific fighting fronts in 1945. The group of players was headed by New York Yankee Bill Dickey and included other major-leaguers such as Johnny Mize, Billy Herman, and Pee Wee Reese.

As did most of the major leaguers in the military, Ryan returned to baseball in time for the 1946 season. He never earned all-star status again, but one of his career highlights was playing for the Boston Braves in the 1948 World Series against the Cleveland Indians. 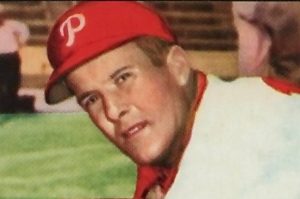 Ryan spent 12 seasons as a player in the majors, with his last in 1954. He served as a minor-league manager and major-league coach until 1979. He was a scout for the Texas Rangers until he retired in 1985. He was a member of the Milwaukee Braves coaching staff when they won the World Series in 1957. He served as interim major-league manager on two occasions, in 1975 with Atlanta and 1977 with Texas. He is a member of both the New Orleans and Louisiana Sports Halls of Fame.