Before Major League Baseball’s annual draft process was instituted in 1965, amateur players could pick the major-league organization with which they would sign a pro contract. Most amateur prospects would typically attract interest of only one major-league team.

One of the exceptions was Harold “Tookie” Gilbert of New Orleans, who had been a high school and American Legion star in the mid-1940s. When Tookie drew serious interest from five big-league teams, his father Larry Gilbert (then manager of the Nashville Vols) arranged a unique lottery in October 1946 to decide which team would sign his 17-year-old son to a professional contract.

As a junior at Jesuit High School, Tookie was named the most valuable player in the New Orleans prep league by the Times Picayune in 1945. His Jesuit-based American Legion team claimed state and regional championships that season. The first-baseman represented Louisiana in the 1945 Esquire All-American Game in New York City, which included top amateur players from across the country.

Partly because he was the son of a well-connected minor-league manager, Tookie was already attracting attention of major-league scouts. It was rumored he had been offered $40,000 by the New York Yankees while still a junior in high school to join the organization after he graduated from high school. Tookie’s high school senior year produced All-Prep team and most valuable player honors for the second consecutive season.

Not wanting to upset any of his relationships in the baseball community, Larry came up with the idea for the lottery. He told the Times-Picayune he decided on a “drawing” because of the continued telephone, telegraph, and personal contacts made to him by major-league clubs. He said, “I didn’t want to start a bidding contest for the boy’s services. I decided to set a price (amount undisclosed) and notify my friends to come down and participate in the picking.” 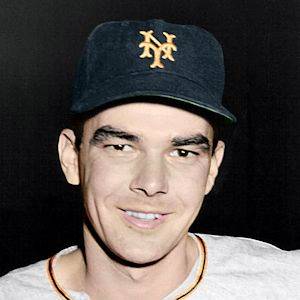 The drawing took place at the Monteleone Hotel with Tookie’s parents and representatives of five bidding teams in attendance, including the Giants, Yankees, Red Sox, Braves, and Pirates. Giants player-manager Mel Ott, who resided in New Orleans, was on-hand for his organization. The name of each team was written on a slip of paper and placed in a hat from which Mrs. Gilbert picked the Giants’ name.

After the drawing Ott said, “I’m glad we got Tookie. I have been trying for four years to get Larry’s consent to let him play for the Giants. As far back as 1942, Mr. and Mrs. Gilbert were in New York to witness the world series and it was at breakfast one morning in that year that I first suggested that we sign him up.” He added, “The boy has great possibilities and the Giants were extremely lucky in landing him—even if it was in a hat.” Larry had set the signing price at $50,000, which is what the Giants ultimately paid.

For all the hype young Gilbert commanded during his recruitment, his career turned out to be a huge disappointment. The Giants didn’t get a return on their huge investment, as he spent two seasons with the big-league club in 1950 and 1953, batting a meager .203 with seven home runs and 48 RBIs. He rode the Giants’ bench for most of the 1953 season, playing behind Whitey Lockman at first base and being used in pinch-hit situations.

Tookie decided to retire from baseball before the 1954 season at age 25. Even though he had been raised on baseball (he had been a batboy at three-years-old for his dad’s New Orleans Pelicans team), he settled on a career in business in New Orleans to provide stability for his young family. He said, “Well, I found myself standing still and so I decided I owed it to my wife and kids to try something else while I was young. And that’s why I quit baseball.”

His father tried unsuccessfully to persuade him to return to baseball later in the year. Tookie did play one season for the New Orleans Pelicans in their last year of existence in 1959. Still only 30 years old, he led the hometown team with 22 home runs and 80 RBIs.

The Gilbert family’s baseball bloodlines were strong. Tookie’s brother Charlie was also a highly recruited prep star out of Jesuit High School who eventually played six seasons in the majors between 1940 and 1947, while brother Larry Jr. played two seasons in the minors in 1937 and 1938. After playing the 1914 and 1915 seasons in the majors, Larry Sr. served as the Pelicans manager from 1923 to 1938 and held Nashville’s managerial post from 1939 to 1948.

Tookie became the civil sheriff of Orleans Parish in 1962 and served in that job until he died of a heart attack in 1967 at age 38.