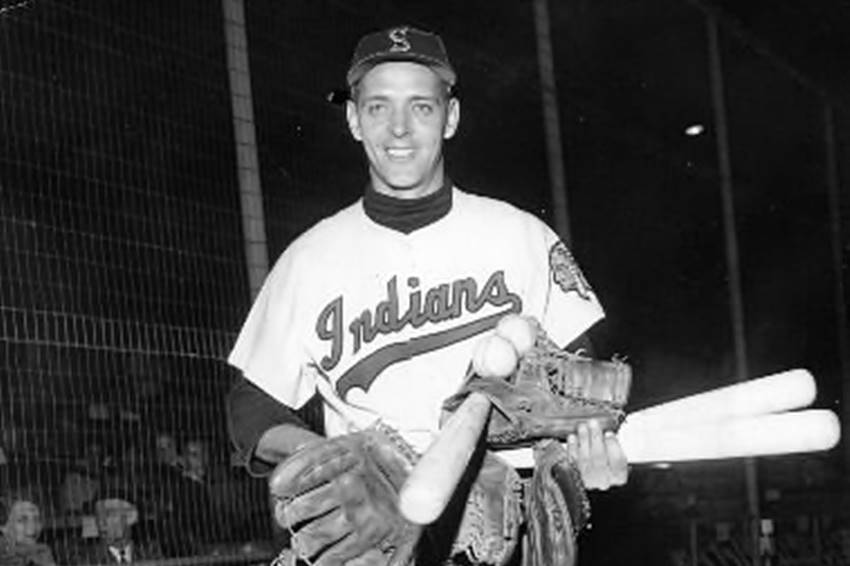 New Orleans native Tony Roig played parts of three seasons in the major leagues in the 1950s, but he is more remembered for his six-year career in professional baseball in Japan.

The Fortier High School prep star spent 13 seasons in Organized Baseball in the United States, including three seasons with the Washington Senators. However, he was unable to make the most of his big-league opportunities but ultimately became part of the first wave of American players to migrate to Japan.

While playing for Fortier in 1947, Roig was named to the third team of Times-Picayune’s All-Prep Team. He gained additional notoriety when he struck out 15 batters in a summer prep league game and then pitched for the St. Aloysius team that represented New Orleans in the All-American Amateur Baseball Association tournament in Johnstown, Pennsylvania. They finished second to Washington DC.

Roig initially signed with the Detroit Tigers organization in 1948 as a pitcher, but after two mediocre seasons at the Class D level, he converted to an infielder. After an impressive start of the 1950 season, the Washington Senators acquired him and sent him to Chattanooga, the highest level of minors at the time for the Senators. His baseball career was interrupted when he enlisted in the Army during 1951 and 1952.

The Washington Senators were perennially a second-division team during the early 1950s, which offered an opportunity for Roig to get to the majors, despite his relative inexperience. He made his major-league debut in a late-season callup by the Senators on September 13, 1953.

Yet it was not until 1955 that Roig finally got a starting job as shortstop with the Senators, but his weak hitting prevented him from keeping his spot in the lineup. After being demoted to Class A Charlotte later in the season, he became disgusted with the team and left for a week because he felt he had been unfairly treated. Lookouts team president Joe Engle took him back at Chattanooga, where he finished the season.

The 1956 season found a similar story. Roig competed with several infielders for the Senators’ second base job. Manager Chuck Dressen liked Roig, but again his anemic bat kept him from maintaining a starting job. He lost ground when he suffered an injured hand in August and was unable to reclaim a regular spot in the lineup. One of his more productive games came on September9, when he hit a double and a triple off renowned Yankees pitcher Whitey Ford. In 44 games for the season, he had a paltry slash line of .210/.321./.286.

Injuries during spring training in 1957 kept him from starting the season with Washington, and he wound up spending the entire season with Chattanooga. The Los Angeles Dodgers purchased him during the off-season minor-league draft, and he was assigned to Triple-A Spokane in 1958. He turned in a credible season, earning him all-star honors in the Pacific Coast League.

Looking for a backup role with the big-league Dodgers in 1959, he had a hard time claiming a roster spot, since the Dodgers had veteran infielders Jim Gilliam, Don Zimmer, Bob Lillis, and Charley Neal ahead of him. Roig’s teammate, Maury Wills, got the opportunity for a promotion to the Dodgers, when Zimmer suffered an injury. Thus, Roig missed out on becoming a World Series champion with the Dodgers, who defeated the Chicago White Sox. His role evolved as a super-utility player who manned both infield and outfield positions. He found his power stroke, hitting 15 home runs and 63 RBIs.

Now 31, Roig watched as additional teammates advanced to the Dodgers in 1960, while he posted his third season at Spokane without a major-league promotion. He had one of the best offensive seasons of his career when he compiled a .278 batting average, 16 home runs, and 90 RBIs. His only consolation was a Pacific Coast League championship. A popular player in Spokane, he once entertained their fans by playing all fielding positions in a game without committing an error in five chances. The Tony Roig Fan Club was reported to have an adoring female contingent.

He played for White Sox and Indians minor-league organizations before finishing his career in Organized Baseball in 1962. Altogether Roig played in 76 major-league games, posting a career slash line of.212/.295/.283 and 11 RBIs.

However, that was not the end of Roig’s professional career. He decided to take his services to Japan in 1963 when he received a significant offer to play for the Nishitetsu Lions of the Japan Pacific League. Along with former major leaguers Jim Baumer and George Wilson, they were among the first wave of Americans to play in Japanese professional leagues.

Roig played five seasons for Nishitetsu, mainly at shortstop in his first three years, though he switched to third in 1966 and played all infield spots. He switched to the Kintetsu Buffaloes and first base in 1968, when he finished his playing career. He was a popular player overseas, since it was unusual at that time for Japanese shortstops to hit as many home runs as he did. His career stats in Japan included a slash line of .255/.309/.437 with 126 home runs and 414 RBIs in 779 games. Japanese baseball historian Jim Albright named Roig to his All-Time Foreign-Born Team of players in Japanese pro baseball.

After a few years in the lumber yard business in Spokane, Roig got the itch to get back in baseball. He coached and scouted for the Brewers, Angels, and Phillies for nearly twenty years.

Tony Roig died on October 20, 2010, at age 81, but his memory remained alive. In March 2019, his son Rick and grandson Clint made a trip to Japan (where Rick had spent much of his youth) during the Major League Baseball series between Seattle and Oakland. Their goal was to discover more details about Tony’s career in Japan. A television station in Kintetsu offered to document their visit, which included a meeting with Roig’s 85-year-old former manager, Futoshi Nakanishi.