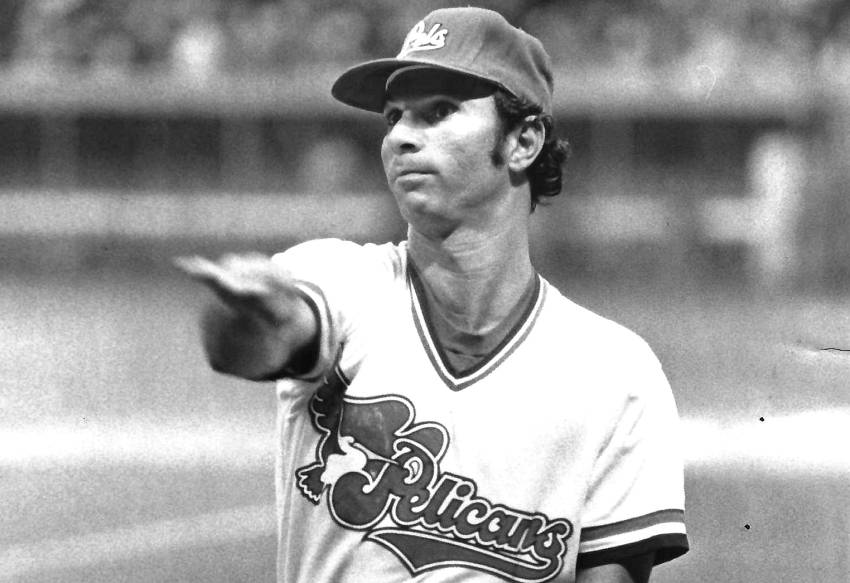 Former East Jefferson High School baseball star Barry Raziano came awfully close to being on the 1969 New York Mets team that astonished the baseball world with their first World Series championship. But an injury sidetracked his Mets destiny, yet he still managed to reach the majors, albeit for a short ride.

Raziano had been named the outstanding prep Class AAA player in Louisiana, before being drafted out of high school by the New York Mets in the 47th round of the inaugural Major League Baseball amateur player draft in 1965. The right-handed pitcher had already accepted a scholarship to play at Nicholls State in 1966, which could partially explain why he had been a late-round selection. However, the Mets selected 17 pitchers before Raziano, so he would have been considered a long-shot to eventually reach the majors in any case.

Raziano opted not to play at Nicholls State and entered the pro ranks in 1966. His first pro season was with the Greenville (SC) Mets, where he was a teammate of 19-year-old Nolan Ryan. Raziano was impressive as a starter in his first season, posting a 9-4 record and 3.08 ERA. Ryan was the ace of the staff with a 17-2 record with 272 strikeouts in 182 innings. It was evident even then that Ryan was bound for the big-leagues.

Raziano progressively rose through the Mets’ minor-league ranks as a reliever, including stints with Class A Durham, Double A Memphis, and Triple A Jacksonville over the next two years. His stock had risen such that he was slated for Triple-A Tidewater at the start of the 1969 season, just one step away from the big-league Mets.

He played winter ball in Venezuela after the 1968 season in an effort to gain more experience against major leaguers who often played ball there during the off-season. Baseball Digest listed him as an up-and-coming Mets relief specialist for the 1969 season. But when he reported to Mets spring training camp as a member of the 40-man roster, Raziano developed a sore arm and was left in Florida to rehabilitate when the regular season started. His injury persisted and he wound up pitching only two innings in the minors that season.

It’s worth noting that four of the 17 pitchers picked ahead of him in the 1965 draft included Les Rohr (1st round), Jim McAndrew (11th), Nolan Ryan (12th), and Steve Renko (24th), all of whom saw action for the 1969 “Miracle Mets.” Had he not suffered the injury Raziano would likely have joined these four on the big-league roster at some point in the season.

Raziano played the next three seasons with Tidewater in both starter and reliever roles. His combined record was 23-26 with a 3.71 record. It wasn’t good enough to earn a spot on the big-league roster. Another factor affecting his potential promotion was the Mets’ major-league staff was already stocked with young pitchers such as Tom Seaver, Jerry Koosman, Nolan Ryan, Jamie McAndrew, Gary Gentry, Jon Matlack, Tug McGraw, and Danny Frisella.

The Mets traded Raziano to the Kansas City Royals after the 1972 season. As fate would have it, he missed out on another chance to play for the Mets’ World Series team in 1973. Instead, he was assigned to Triple-A Omaha in the Royals organization, where he posted his best season as a reliever (5-2 record, 3.66 ERA, 10 saves) and earned his first big-league promotion with a two-week stint with the Royals. He made his major league debut with the Royals on August 18 when he pitched 1 1/3 innings in relief against the Boston Red Sox.

When the Royals needed a veteran outfielder for the 1974 season, they gave up Raziano for California’s Vada Pinson. Playing for the Angels’ Triple-A affiliate in Salt Lake City, Raziano was their best reliever, posting a 3-0 record and 2.25 ERA. He got a callup on June 6 to the Angels where he crossed paths again with Nolan Ryan as a teammate.

The highlight of his stint with the Angels occurred in an historic 15-inning-inning game on June 13 in which Ryan pitched 13 innings, striking out 19 Red Sox batters. Red Sox starter Luis Tiant countered with 14 1/3 innings pitched. Raziano relieved his teammate in the 14th inning and prevented Ryan’s effort from being wasted. He pitched two scoreless innings, claiming his first big-league win.

As a side note, Ryan threw an astonishing 235 pitches during his outing, as he walked 10 batters. History would later be written that Ryan’s “bionic” arm allowed him to pitch until age 46.

Raziano appeared in 13 games for the Angels but recorded an unimpressive 6.48 ERA and two blown saves. In an interview with the Times-Picayune in 1977, Raziano recalled being worked to death by the Angels, “I’d either warmed up or pitched in 22 of 26 games. I started having trouble with my arm. I had one off-day and the next time I couldn’t throw.” He was sent back to Salt Lake City where he went on the disabled list.

He returned to form in 1975, posting a 6-1 record and 2.37 ERA in 39 games. However, discouraged that he wasn’t going to get another shot in the majors with the Angels, he packed his bags and came home to New Orleans. He sat out the entire 1976 season. When MLB announced its plans to expand to Toronto and Seattle in 1977, Raziano had hopes of catching on with one of them. But both teams told him they had enough players and would keep him in mind. He said, “I’d more or less had given up on the idea of playing ball again.”

His hopes for returning to baseball were raised when it was decided New Orleans would become the new home of the St. Louis Cardinals’ Triple-A affiliate in 1977. Raziano contacted the Cardinals and asked for a chance to play with the new Pelicans team in spring training. The Cardinals declined at that point, although he later got a chance to work out for the Pelicans during a home-stand in New Orleans.

When the Pelicans needed pitching help in late June, Raziano’s name surfaced with the Cardinals front office. The Kenner, Louisiana native ultimately signed a contract with the Pelicans and promptly went on the team’s 30-day road trip before he had a chance to pitch before a home crowd at the Superdome. Altogether, he appeared in 20 games for the Pelicans, recording one loss and a 4.65 ERA. It was the last season of his career.

Before entering the pro ranks, Raziano had been a prep and Legion standout at East Jefferson High School in 1965. He was a strikeout machine, leading the entire state in strikeouts (142 in 74 1/3 innings). In a 15-inning state playoff game against Shreveport’s Fair Park, he whiffed 27 batters. Raziano matched up with West Jefferson’s star pitcher Terry Alario in classic pitching duels on several occasions during the prep and Legion seasons. Alario recalls about his opponent, “He was the hardest-throwing high school pitcher I ever faced.”

Raziano beat the odds against his reaching the majors, although a few untimely cases of a sore arm kept him from having a more significant major-league career. Who knows what his future would have been had he been on the “Miracle Mets” team?