Charlie Gilbert had a storied prep career in New Orleans in the 1930s, helping Jesuit High School win numerous high school and American Legion championships. Under the guidance of his father Larry Sr., a former major-league player and later the manager of the New Orleans Pelicans and Nashville Vols, Charlie reached the majors in 1940 as a 20-year-old, highly-touted prospect.

There have been only 266 father-son duos in the major leagues, a rarity when considering there have been nearly 20,000 players in big league history. Larry Sr.’s only two major-league seasons occurred in 1914 and 1915, but his claim to fame as a player was being a member of the “Miracle Braves” that won the World Series in 1914. 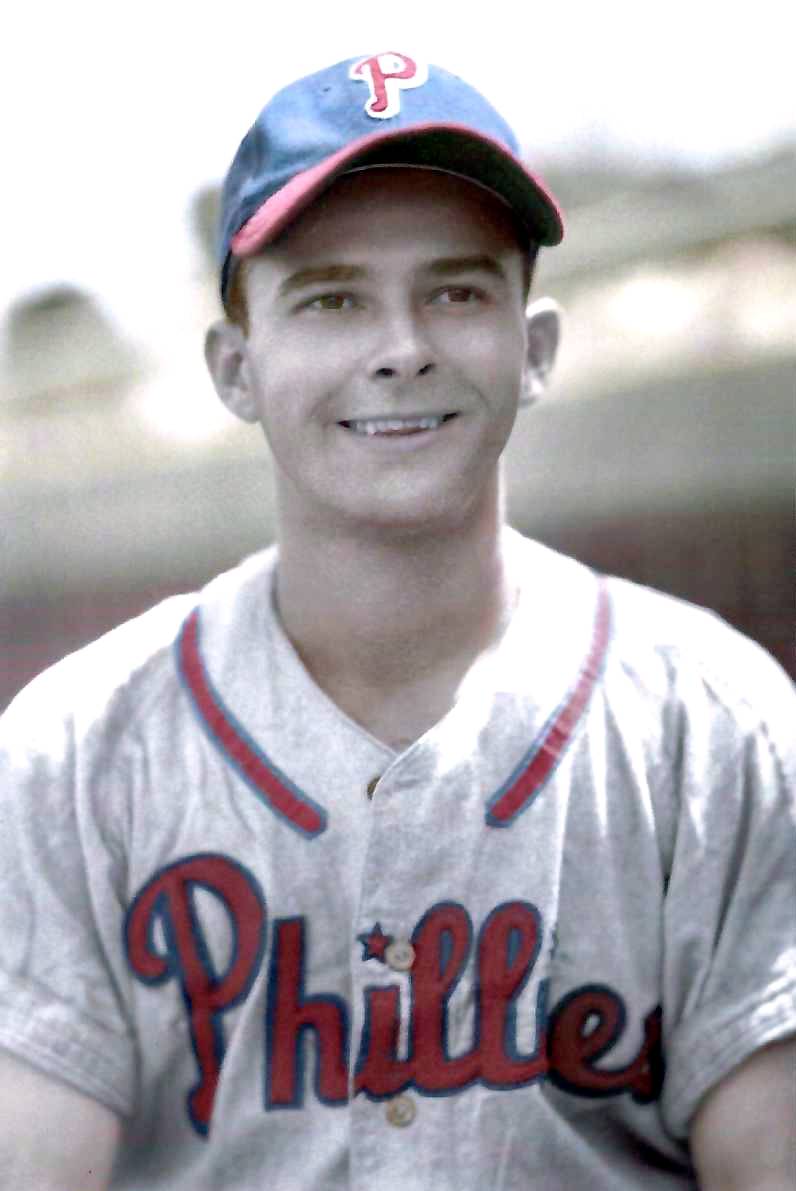 When Charlie was promoted to the majors, they were among the first 30 pairs of fathers and sons to reach the majors.

The Gilbert baseball family ties were extended when Charlie’s younger brother Tookie also developed into a high school phenom. Tookie received a hefty $50,000 bonus to sign his first pro contract with the New York Giants and got his promotion to the big leagues in 1950 as a 21-year-old. Thus, the Gilberts became only the third family with a major-league father and two major-league sons. Even today there have been only 13 such families since the major leagues’ inaugural season in 1871.

Older brother Larry Jr. had become the first Gilbert brother to play professionally, logging two seasons in the minors (including one with his father’s Pelicans team), before being forced to quit the game due to a heart problem. Charlie followed in Larry Jr.’s footsteps in 1934 as a baseball star for Jesuit. In addition to playing baseball, Charlie ran track and was captain of the Jesuit basketball team during his senior season in 1937. He made the city’s All-Prep baseball team in three seasons.

During Charlie’s tenure at Jesuit, the Blue Jays won four Louisiana state championships. His 1936 team went undefeated and became known as one of the more lauded in New Orleans prep history. Every member of the starting lineup, including two pitchers, were named to the Times-Picayune All-Prep team. Six of the members eventually signed pro contracts, including Connie Ryan and Fats Dantonio who also reached the majors. Another teammate, George Digby, became a long-time major-league scout.

Since Charlie was only 16 years old when he graduated from high school, his father didn’t allow him to immediately enter the pro ranks. He arranged for Charlie to play in an Alabama semi-pro league during the summer of 1937. He followed that with a standout season for a North Carolina semi-pro team in the Tobacco State League in 1938, when he batted .367 and stole 30 bases.

Larry Sr. left the Pelicans after 15 seasons and became manager and part-owner of the Nashville Vols in 1939, bringing Charlie with him to play under his tutelage. Charlie was impressive in his professional debut season batting .317 with 14 home runs in 144 games. He drew comparisons to his father as a speedy, slick-fielding outfielder.

Nashville was an affiliate of the Brooklyn Dodgers, who felt they were on the verge of winning their first National League pennant since 1920. Charlie was among several young players from their farm system, including Pee Wee Reese, the Dodgers believed could help immediately, so they negotiated with Larry Sr. to purchase 20-year-old Charlie. The signing added a $30,000 bonus to the Gilbert family’s coffers. (When Larry Sr. had negotiated his contract with Nashville, one of the conditions was that Charlie would not become their property if he played for them.)

Expectations were high for Charlie as he joined the Dodgers out of spring training in 1940. When he hit two home runs and four RBIs in his third major-league game, it appeared he was going to deliver on his potential. But Charlie failed to produce in his next 43 games (no home runs and only three more RBIs), causing the Dodgers to swap him with Pete Reiser from their Triple-A affiliate in Montreal.

The Dodgers gave up on Charlie in 1941 by trading him to the Chicago Cubs in May. His lack of production eventually relegated him to pinch-hitting and late-inning replacement roles by season’s end.

Charlie spent the entire 1942 season with the Cubs but he continued to struggle at the plate (.184 average, no home runs and seven RBIs in 206 plate appearances). The Cubs wanted to send him down to one of their Triple-A clubs in 1943, but Charlie requested to go back to Nashville to play under his father’s wing again. His offensive production helped the Vols win the league title, as he posted a slash line of .328/.423/.471, with 7 homers and 68 RBIs in 122 games.

Charlie missed the entire 1944 and 1945 seasons after enlisting in the Navy during World War II. He was stationed in Hawaii where he was able to play baseball on service teams. He was released by the Navy in February 1946, during the time when many major leaguers were returning from military service.

He started the 1946 season with the Cubs, but still wasn’t able to hit major-league pitching. He was purchased in mid-June by the last-place Philadelphia Phillies, where he saw considerable playing time. While he was performing well defensively, he hit only one home run and 18 RBIs in 307 plate appearances for the season.

Despite his poor performance, the Phillies kept him on their roster for the entire 1947 season. Yet the results were similar to the prior season. Over half of his appearances came in pinch-hitting situations. He finished with a .237 average with two home runs and 10 RBIs.

Larry Sr. was in his last season as Nashville’s manager in 1948, when he purchased Charlie outright from the Phillies. Charlie arrived with a newly-found power stroke, smacking seven home runs in his first four games. By June 1 he had 18 homers. He explained his success, “They told me in the majors I wasn’t a power hitter, so I became a place hitter. Now I’ve changed my stance and I’m swinging the way I want to. That’s the new difference, ‘my new swing.’” Charlie finished the season with 42 home runs and 100 RBIs, batting .362 and setting Southern Association records for runs score and walks. He was a key contributor to Nashville’s winning the regular-season league title.

The Boston Braves, Larry Sr.’s old team, selected Charlie in the annual major-league draft in late 1948. However, neither Charlie nor his father were thrilled about his going to Boston. Charlie was reportedly satisfied to stay in Nashville. He was being rumored as a potential replacement for his father as manager.

In late January 1949, Charlie notified the Braves that he had been diagnosed with a separation in his fifth lumbar vertebra, resulting from a back injury suffered at the end of the 1948 season. The Braves placed him on the disabled list, and at age 29 Charlie’s playing career was over.

Charlie didn’t wind up managing Nashville but did serve as their business manager for several years. He returned to New Orleans where he worked in the civil sheriff’s office for over 20 years as a real estate auctioneer. He died at age 64 in New Orleans on August 13, 1983.

Charlie’s career was an enigma. Had he shown the kind of offensive production in the majors that he demonstrated in his three seasons playing for his father in Nashville, Charlie could have had a much different career. Perhaps he needed more seasoning before being rushed to the majors. Maybe he wasn’t able to handle the pressure of the high expectations set for him. Or as he put it, maybe it just was a matter of him swinging the way he wanted to.

The Gilbert brothers and other Metro New Orleans area high school players that went on to play at the collegiate and professional levels can be viewed in an extensive catalog by clicking here. The list is sorted by high school.