Flashback: 1940s prep star Ray Yochim had to settle for a “cup of coffee” in major leagues 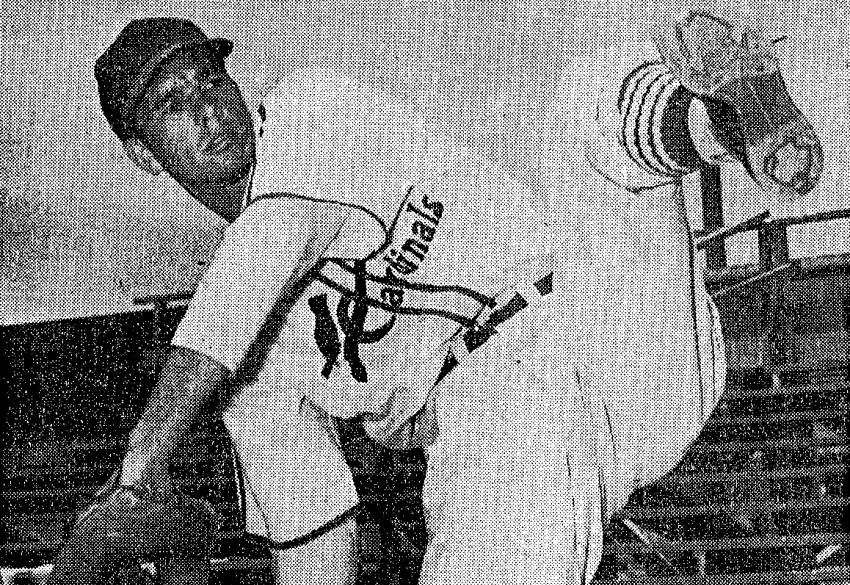 Ray Yochim was one of many players from New Orleans in the 1930s and 1940s who pursued dreams of playing in the major leagues. An April 1939 article in the Times-Picayune reported as many as 100 players represented New Orleans in professional baseball ranks. Of course, only a small number of them ever reached the majors. Yochim beat the odds and eventually got his shot in the big leagues, although it turned out he was there only long enough for the proverbial “cup of coffee.”

Yochim attended S.J. Peters High School, where he was a teammate of Mel Parnell, who eventually pitched for 10 years with the Boston Red Sox, and Pete Modica, who later pitched for the hometown New Orleans Pelicans. Yochim was captain of his team as a junior in 1940, when he earned second team honors on the city’s All-Prep squad.

Yochim and Parnell led Peters into the 1941 city playoffs in which they struck out 19 and 17 batters, in successive games. However, Peters lost to a tough Jesuit High School team for the city championship. Yochim was again named to the All-Prep second team, as he led the league in strikeouts.

Ray signed with the St. Louis Cardinals organization out of high school. He finished with a 9-8 record split between two Class C teams at Fresno and Springfield, where he joined a familiar face in catcher Fats Dantonio who had prepped at Jesuit.

Yochim and Dantonio both received promotions to the Class A1 New Orleans Pelicans for the 1942 season. Although he started out by winning his first two decisions, he experienced control problems and was sent to Class B Columbus. He fell on hard times, winning only three of 18 decisions. The Sporting News referred to him as a “one-bad inning right-hander.”

With World War II in full swing, 20-year-old Yochim enlisted in the Marine Corps, reporting in April 1943. He was sent to San Diego, where never completed boot camp since the local Marine Corps baseball team needed a pitcher. He was 22-5 in Marine Corps games in 1944, leading his team to the 11th Naval District championship. He frequently played with and against major leaguers stationed on the West Coast. One of his personal highlights was a game in which he prevented Joe DiMaggio from hitting a ball out of the infield by throwing him curveballs in each plate appearance.

Yochim spent time in Guam before receiving orders in April 1945 to go to Hawaii. The Sporting News erroneously reported in their April 19 edition that he had been killed in action at Iwo Jima. A ship that he was supposed to be on was sunk in that area, but fortunately he had taken a flight instead.

He continued to play service ball in 1945. For the Navy All-Star Series, he was selected to represent the National League in a seven-game series against the American League. Yochim’s teammates included major leaguers-turned-servicemen Charlie Gilbert (from New Orleans), Hugh Casey, Herman Franks, Cookie Lavagetto, Stan Musial, and Clyde Shoun.

Yochim returned to baseball in the United States in 1946, when major leaguers came back from military service. Over the next four seasons, he spent most of his time with Cardinals’ Triple-A affiliates in Rochester and Columbus. After winning 14 games for Rochester in 1947, he started the 1948 season with the Cardinals but managed to get only one appearance on May 2. His debut consisted of one inning in relief in which he walked three of the six Chicago Cubs batters he faced. He was sent back to Rochester and finished out the season in Columbus.

In 1949, Yochim got into three games with the Cardinals in May, pitching a total of 2 1/3 innings. But he had issues with his control and was sent back to Columbus. After the Boston Red Sox purchased him, he proceeded to win 15 games with Birmingham in 1950. He required surgery during the off-season for complications resulting from being hit on his right elbow.

He struggled thereafter, bouncing around with several teams through the 1954 season. He was pressed into service as manager of Panama City during the second half of the 1954 season, following two other dismissed managers. He sat out the 1955 season but returned for a short stint with Shreveport in 1956.

He was serving as a part-time pitching coach for the New Orleans Pelicans in 1958, when manager Charlie Silvera left the team in August due to illness. Yochim finished out the season as manager and also pitched in seven games, winning two. It was his last season of professional baseball.

However, Yochim continued to play in semi-pro baseball leagues in New Orleans. Local baseball fans enjoyed games when he pitched for the Yochim All-Stars against the Shell Oilers, whose pitcher was his brother Lenny, who had a brief major-league career with the Pittsburgh Pirates in the early 1950s.

With numerous local ex-ballplayers in attendance at Mel Ott’s funeral in New Orleans in November 1958, Yochim conceived the idea for an organization called the “Diamond Club of Greater New Orleans,” whose members would be former professional and semi-pro players and interested parties [umpires, scouts, sports writers, and sports announcers]. The organization became a popular social club with regular meetings and annual inductions of former baseball figures from the New Orleans area into its hall of fame.

Yochim died in 2002 at age 79. He and his brother weren’t the only pair of major-league brothers from New Orleans during their era. Charlie and Tookie Gilbert also played professionally in the 1940s and 1950s, including stints in the majors. Other major leaguers from Peters High included Jack Kramer, Lou Klein, Hal Bevan, and George Strickland.