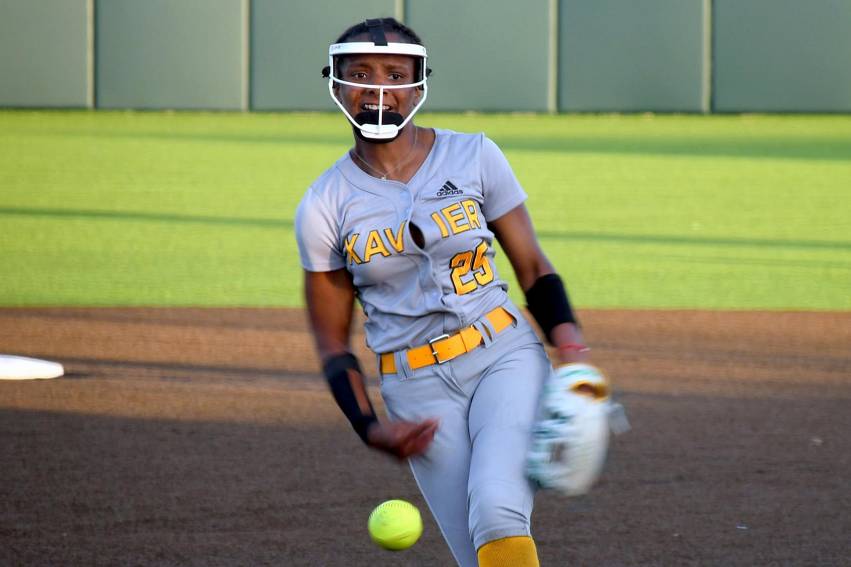 Chargois was voted first-team All-RRAC, Keyes earned second-team All-RRAC, and Bradley was the Gold Nuggets’ representative on the league’s Champions of Character team.

Chargois — a freshman pitcher from Kaplan, La., and a graduate of Kaplan High School — was 14-8 with one save and a 2.70 ERA during the regular season. The right-hander was at her best in April, going 7-1 with a 1.06 ERA and three shutouts. On the final day of the regular season, Chargois pitched a complete game in a 2-0 home victory against NCAA Division I Southern.

Chargois earned one of four at-large positions on the All-RRAC first team.

“Mecolett is our team captain and has shown great character putting the team ahead of friendships for the betterment of the program,” Ballard said. “Mecolett displays all leadership characteristics on and off the field. I’m very grateful to have her.”

NOTES: XULA and seven other teams are in San Antonio for the RRAC Tournament. Thursday first-round games were rained out. XULA’s game against NAIA No. 22 Texas A&M-Texarkana was rescheduled for 3 p.m. CDT Friday at St. Mary’s University Softball Stadium . . . The tournament is double elimination; XULA, the No. 7 seed, will play Saturday at 10 a.m. if it loses Friday or at 12:30 p.m. if it wins Friday . . . Our Lady of the Lake, ranked 17th in the NAIA, swept the RRAC’s five major awards. Cassandra Valdez earned Player of the Year and Pitcher of the Year.