Hahnville appeals to LHSAA it is denied

The family of Hahnville quarterback Andrew Robison – who lost an appeal on Thursday with the Louisiana High School Athletic Association’s executive committee – will “explore all legal options available to them,” their attorney said Friday morning in an email.

This investigation was initiated and guided by the spiteful and vindictive allegations of Andrew’s former coach and school. Left to support a family of five on one income, and unable to pay the Vandebilt tuition, the family made the decision to move to the Hahnville High School attendance zone, initiating all contact with school officials and fully complying with LHSAA rules with respect to changing residences. We are at this point for one reason and one reason only: a former coach made the conscious decision that if Andrew was not going to play for him, then he would play for no one else. That coach, upset because his ability to compete was diminished (ironically due to his own school’s decision to terminate Mr. Robison), pettily refused to let Andrew wear his jersey to a photo shoot. Andrew committed no wrongdoing whatsoever, under any interpretation of any rule, yet he suffers the greatest consequence. We are heartbroken and distraught.

There is something very wrong with a system and organization that can violate a student athlete’s right of due process, consider the accused guilty until proven innocent, refuse to state what a student-athlete did to violate any rules, and then unilaterally ban a student-athlete for a year while destroying his constitutionally guaranteed rights. This ruling should be seen as a victory for any school or coach who decides to maliciously punish a student-athlete in a calculated, orchestrated manner, without any cause other than selfish, petty jealousy and greed. To everyone else in Louisiana, especially student-athletes, this can be seen as nothing less than a loss of inestimable proportions.

That decision was appealed to the executive committee, which upheld Bonine’s ruling Thursday afternoon in Baton Rouge. 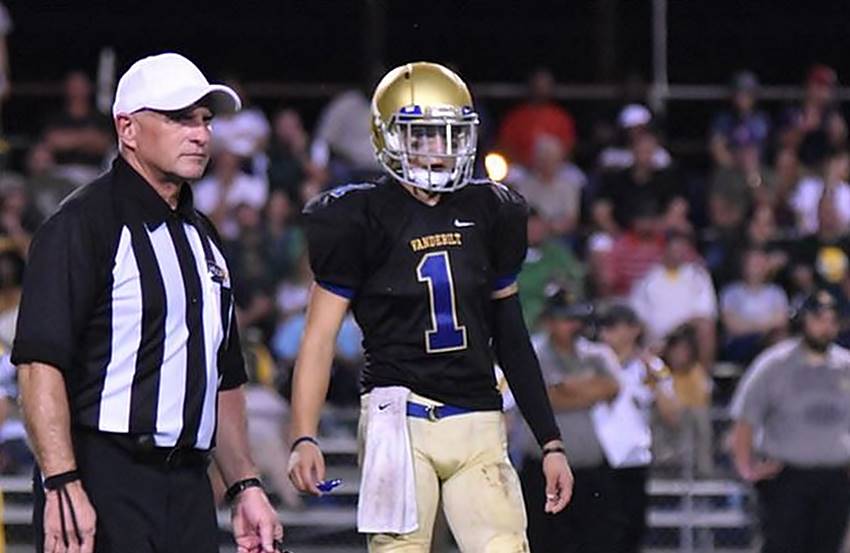 The LHSAA initial punished Hahnville and the transfer Robison for violation of recruiting bylaws.