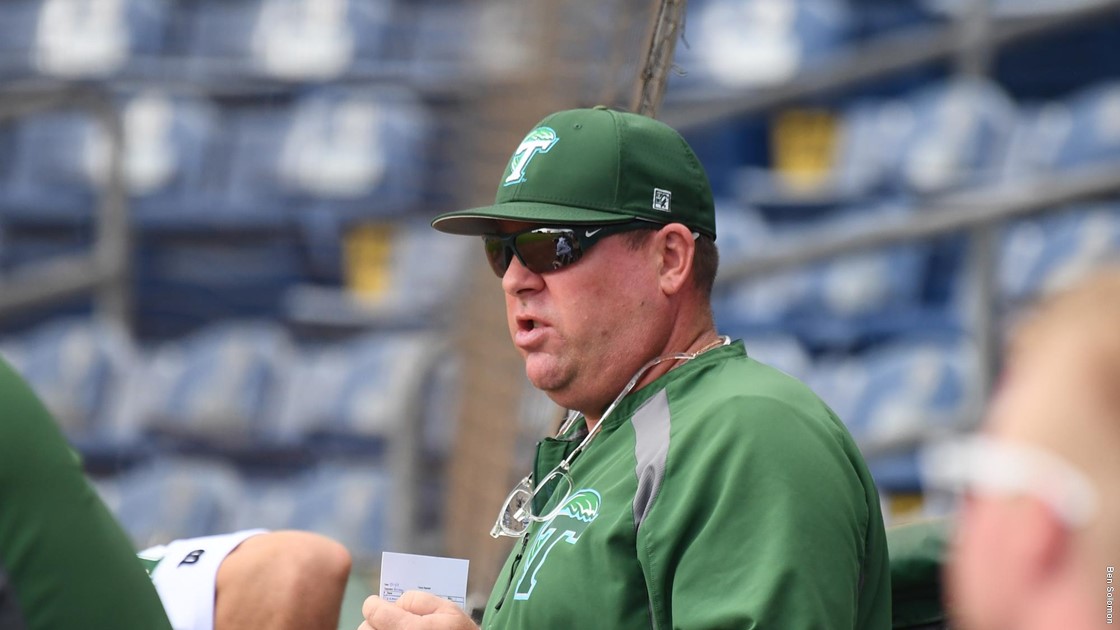 Jewett, who has made assistant coaching stops at Vanderbilt, Arizona State, Washington State and Washington, comes to USC after serving as the head coach of Tulane for the past six years (2017-22). He will be the Trojans’ recruiting coordinator and work with the hitters.

“I’m so excited to announce Travis Jewett coming on board to be our recruiting coordinator and assistant coach,” said Stankiewicz, who briefly worked alongside Jewett at Arizona State. “He’s as good as they get in the country. I’ve never been around someone with more energy or passion for what he does in working with these young men. He knows how to develop players on and off the field and I’m so honored to bring him on staff to be a part of the Trojan Family.”

“USC is one of the most storied and decorated baseball programs in the country, with such immense tradition, renowned alumni and National Championships,” said Jewett. “I am honored to be asked by Coach Stankiewicz to join the Trojan Family and be a small part of such a prestigious University.”

At Tulane, Jewett compiled a 160-138-1 record, finishing in the top three of the American Athletic Conference standings two of his last three full seasons there. During his six seasons at the helm in New Orleans, the Green Wave produced three All-Americans, five Freshman All-Americans, 13 All-Conference honorees and 17 MLB Draft selections (including first-round pick Kody Hoese in 2019).

While at Vanderbilt, Jewett rose to associate head coach under the legendary Tim Corbin, overseeing the Commodores’ offense and recruiting for four seasons. As the recruiting coordinator at Vanderbilt, Jewett regularly produced some of the nation’s top classes. Twenty-five of Jewett’s pupils were drafted, including four first-round picks. Of those 25 drafted, 12 were hitters.

Prior to Vanderbilt, Jewett spent three years at Arizona State, where he oversaw the Sun Devils’ hitters and recruiting while serving as associate head coach. He helped the Sun Devils reach the College World Series in 2010. The Sun Devils’ offense produced under Jewett, hitting over .300 as a team during his tenure and averaging nearly seven runs per game, while winning the Pac-10 league title in 2010 and hosting NCAA Regionals in each of his first two years. His three-year stint at Arizona State saw 31 players drafted, 19 of which were position players.

From 2005-09, Jewett played an integral role in rejuvenating the Washington State program. He helped lead the Cougars from a 1-23 Pac-10 record in his first year to a 19-8 mark and second-place finish in his final season in Pullman. The Cougars made their first trip to the NCAA Tournament in nearly 20 years in 2009, playing in the Norman, Oklahoma Regional. At Washington State, 15 Cougars were selected in the MLB draft during Jewett’s five seasons.

Prior to his five seasons in Pullman, Jewett spent 2002-04 in Seattle at Washington, where he instructed the infielders and coached third base for the Huskies, while helping lead the hitters. The Huskies made the NCAA Tournament in each of Jewett’s three seasons (2002-04), reaching the Regional finals all three years. During his tenure with Washington, 17 Huskies were drafted.

Jewett broke into the Division I level at Gonzaga, where he was in charge of the infield and coaching third base, while assisting with the offense from 1999-2001. Gonzaga won the WCC regular season title in Jewett’s final season after finishing second the previous two years. With the Zags, Jewett saw four players drafted in his three seasons. Two of those players made the Major Leagues in Jason Bay and Bo Hart.

Jewett is a 1993 graduate of Washington State. He played two seasons at Lower Columbia College in Longview, Washington, before finishing his degree at WSU.