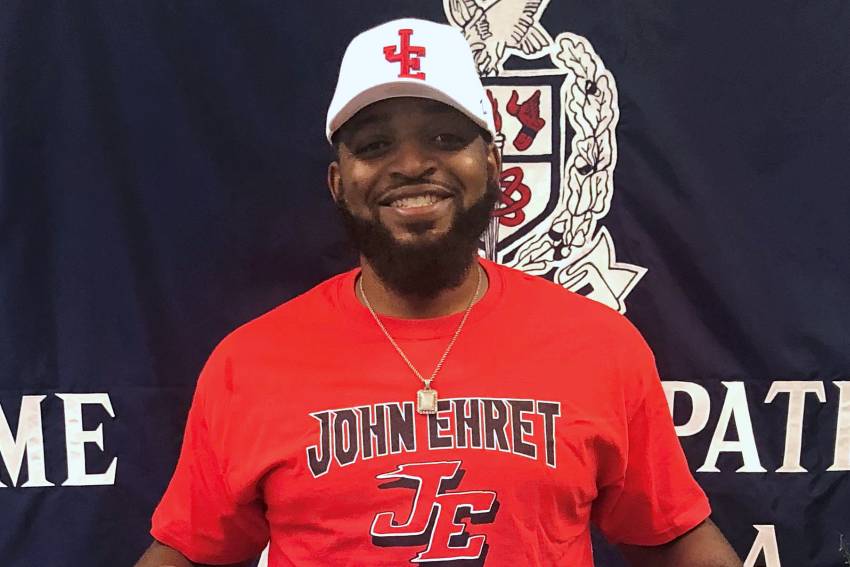 Helen Cox head basketball coach Everett Armand is departing the Cougars to take over as head coach at his alma mater, John Ehret.

Armand replaces Al Collins, who departed his position after 19 years to take over as head basketball coach at Patrick Taylor.

A graduate of the class of 2003, Armand was part of the first graduating class of Collins’ basketball program.

Armand has been on staff at Helen Cox for three years and served as the head coach of the Cougars for two years.

Armand, who has a degree from the University of Phoenix and a Masters degree from Grand Canyon University, guided Helen Cox to a District 8-5A championship in the 2019-20 season.

Once Collins resigned to go to Patrick Taylor, Armand was keenly interested and appeared to be a natural fit for the job at Ehret.*-

“As soon as the news broke, my phone didn’t stop ringing,” Armand said. “I have earned the respect of my peers. Everyone thought it was a good move.”

While the fit is great, leaving Helen Cox is very difficult for Armand.

“I battled with the decision because of the relationship I have with my kids at Helen Cox,” Armand said. “It was a tough decision but I am through-and-through a Patriot and Marrero. I had to evaluate the opportunity. It only comes around once every 20 years or so. It was just an opportunity I couldn’t pass up.”

Armand felt an immediate bond and comfort level with the leadership at Ehret, including principal Glenn Delcarpio and athletic director Sheena Smith Dilworth.

Despite taking over a team that went 3-19 a year ago, Armand is optimistic about turning things around with the Patriots.

“I see the program in a great position,” Armand said. “They have a group of tenth graders who are talented. They have pieces to succeed. They just need to see the style I bring which they have seen at Helen Cox. I think they are in a prime position. We believe we can win and win quickly. We will play up-tempo in style, which is what our players want. It is not a heavy rebuild. We will guarantee you that we will be competitive.”

While there will be building process, Armand is grateful for his mentor.

“I have so much respect for Coach Collins,” Armand said. “He instilled so much discipline in me at a young age and it has benefited me greatly in life and in coaching. I heard he was my top choice to take over and I am so humbled and gratified. It is just tough to walk away from the young men at Helen Cox. Though we will compete with them, I want them to be tremendously successful. I wish I could merge the two schools and programs.”

Smith Dilworth is excited to have Armand coming on board.

“He is great in the community,” Smith said. “The kids love him. We are excited to have him as a member of our faculty. We had three outstanding candidates. I am happy for our kids and happy for our school. He checks every box and we feel he will be simply outstanding. It is always good to have great choices and we believe we have made a great choice.”