Even in death, Luke Siegel still a hero 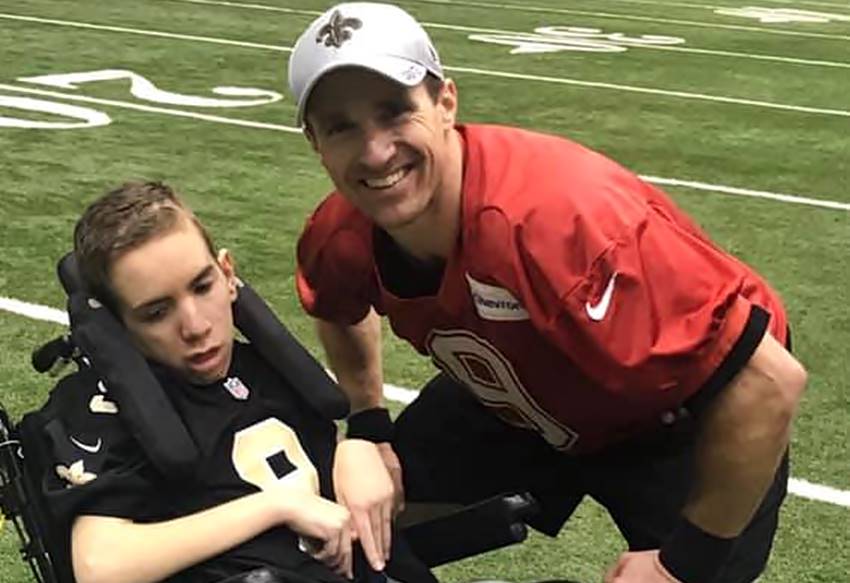 This one was personal.

Tim Siegel was my high school classmate at Archbishop Rummel. His son, Luke, was the same age as my son, Jacob.

Thursday’s news that Luke Siegel had died, less than a week after being diagnosed with COVID-19 and later battling symptoms consistent with COVID pneumonia, was a gut punch.

You may know Luke’s story. In 2015, he suffered severe brain injuries after a golf cart accident in his hometown of Lubbock, Texas, where his father had just retired after more than two decades as men’s tennis coach at Texas Tech.

In the six years since, Luke’s spirit has been an inspiration to countless men, women and children. Despite his parents being given a grim outlook for Luke’s future, he continued to improve slowly through therapy.

In the meantime, Tim Siegel launched a non-profit, Team Luke Hope for Minds, which has raised hundreds of thousands of dollars for families of children with brain injuries.

Tim hosted fundraising events in the New Orleans area, where his parents still live and he led Rummel to three state championships; in Arkansas, where he was a two-time All-American on the courts, and in Lubbock, where in a short time, he has attracted speakers to his annual gala including Drew Brees and Dick Vitale. The support he received from his local communities and his tennis friends was enormous.

Pls pray that 15 yr old LUKE SIEGEL May RIP / Luke passed this morning . I had the honor of speaking at an event to raise $$$ for his Foundation a few yrs ago. His Dad ⁦@TimSiegelTTU⁩ ,Mom & family we’re so inspiring to many. https://t.co/PuRRn7cpVU

Brees befriended the Siegel family shortly after the accident and had the family as his guest for practices. Luke even received a game ball from the Saints’ victory over the Chicago Bears in 2017.

We send prayers to Siegel's family and friends 🙏

The Texas Tech ties also led Tim and Luke to befriend Kansas City Chiefs star Patrick Mahomes and Arizona Cardinals coach Kliff Kingsbury, who were both still in Lubbock when the accident happened. Coincidentally, those two will be on opposite sidelines Friday night in an NFL preseason game in Arizona.

Mahomes has worn a Team Luke wristband throughout his Chiefs career and even had Team Luke shoes created and auctioned as part of the NFL’s “My Cause, My Cleats” program.

RIP Luke. The impact you made in my life will never be forgotten! My thoughts and prayers are with the whole Siegel family! #TeamLuke

Even though Luke was raised in Texas, in Cowboys country, he followed his father’s lead as a Saints fan. In one of his final pieces for ESPN before departing for FOX Sports, Tom Rinaldi told the story of Tim, Luke and their love for the Saints last December on ESPN’s Sunday NFL Countdown – hours before Mahomes’ Chiefs met Brees’ Saints in the Superdome.

Luke Siegel passed away at 39 minutes past 8 a.m. on Thursday, and it might not be coincidental that Luke wore No. 3 in baseball – the 3 replaces the E in the Team Luke logo – and his favorite player, Brees, wore No. 9.

But while Luke has left this earth, his legacy will live on through the foundation that bears his name, continuing to assist families. And if his spirit of fighting these last six years wasn’t enough to inspire others, the financial support can take a burden off someone dealing with the same situation Tim and Jenny Siegel first faced six years ago.

Through these last few years, Tim continually called Luke “my hero,” as he had a front-row seat for the battle he was facing. Now, that seat goes to a higher power.

Tim Siegel’s social media updates about Luke’s battles often ended with a simple message. “One foot in front of the other,” he would write.

That’s a mantra we can all live by. Take life one step at a time, because you never know what’s coming next.

In the meantime, pray for Tim, Jenny and Luke’s sisters today, and hug your children a little tighter.