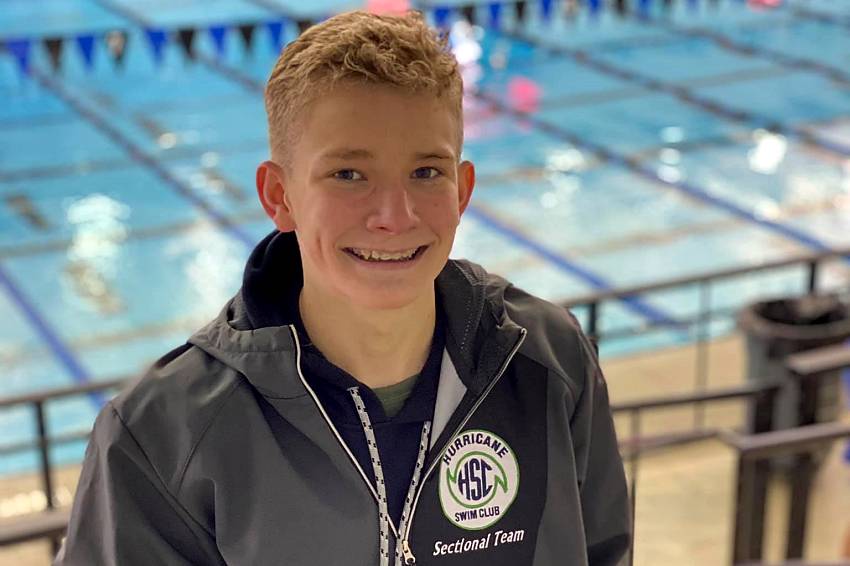 Records are meant to be broken. That is the old saying that I heard growing up as a kid. Yet when a record of any kind is broken people should take notice and normally do.

When a state record is broken, it is news and when someone breaks more than one state record, that is big news. This past weekend will go down as monumental.

The boys 11-12 year old age group record book for swimming was rewritten this past weekend. It was done by one boy. His name is Eric Ring. He swims for the Slidell based Hurricane Swim Club. The Hurricanes’ head coach is Chris Prator, also the head swim coach for the SSA Doves, a power in the LHSAA Division II Girls swimming.

The story really starts three weeks ago in Lafayette. Eric swam the 1650 yard freestyle, often referred to as “the mile,” where he broke the state record for the 11-12 year old boys age group. While swimming the mile, he also broke the state record for his age group for the 1,000 yard freestyle. Yes that is correct, he broke two state records for two different distances during just one event and he did it with a flip turn at the 1000 yard mark. This doesn’t happen often.

This should have served as a foreshadowing for everyone, because this past weekend, Ring took down every single freestyle event that he did not already have. He broke the state record for the 50 yard, 100 yard, 200 yard and 500 yard freestyle. The meet was held in Tupelo, Miss.

Prator said, “We have been gearing up for this meet for the past four months. With the state meet three weeks away we wanted to swim in the fastest meet we could find.”

The state meet will be held in Shreveport this year. “The entire team performed exceptionally well,” Prator said.

He brought 17 swimmers to the meet and many of them placed in the top 3. When asked which of the records Ring broke was the most impressive, Prator replied, “To me it has to the mile and 1000 yard, we did not rest for that meet, and yet Eric was able to break them both, just proving that he is the total package. When he trains and when he races, he has one speed and that is full throttle.”

Eric though can’t take all the credit for his success, having great genes also helps. Eric’s dad Eddie Ring was an All American at LSU, held several high school state records and was a top 16 nationally ranked swimmer.

“Eric is faster at 12 years old than I was at 14.” said the elder Ring. Ring swam for legendary swim coach Frank Shepard year round and at Vandebilt Catholic in Houma. Eddie’s mom, Duane Ring, took over as head coach at Vandebilt in 1996. While there she compiled an astonishing 8 Boys and 9 girls LHSAA state swimming titles.

During the pandemic Eric had to swim in friends backyard pools and did crossfit type training while the swim clubs were closed. Ring said, “He stayed focused and never complained.”

What is really special is not just that Eric Ring broke six record, but he absoluty destroyed four of them. Below you will see the event, the old record and Eric’s new record.

So stand by, Eric will be swimming at the state meet in a few weeks. Can’t wait to see what happens.