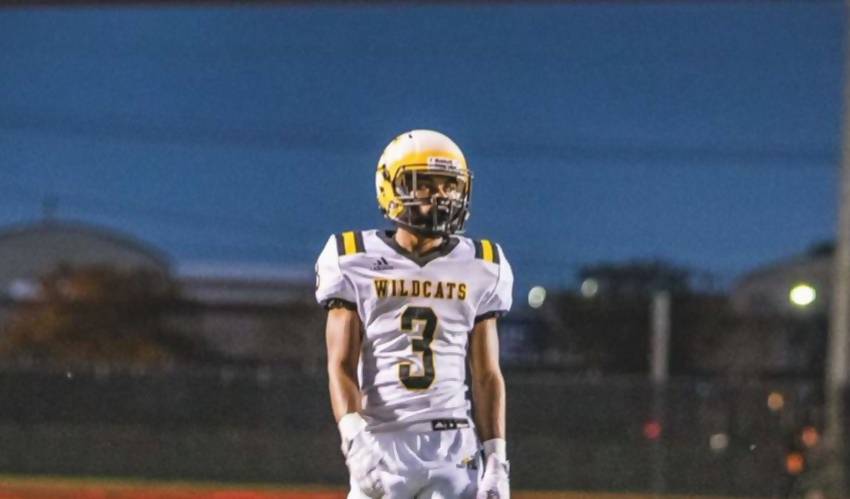 A senior, Harris had a magnificent performance, despite his team’s dropping 62-60 in a shootout at St. Thomas More.

In all, Harris totaled 685 yards and nine touchdowns.

Harris, a wide receiver who also plays some at defensive back, moved to quarterback due to injuries.

In a year that East St. John saw its campus and community damaged substantially by Hurricane Ida, the Wildcats have been displaced from campus and look to be 33rd in the 5A power ratings and will just miss the playoffs.

Harris is coached by Brandon Brown.

“We may not make the playoffs but Kylon has been terrific,” Brown said “Kylon is excellent as a player but he is a great young man who is humble and works hard every day. He was brilliant and he was crushed about the outcome of the game. Both our starter and backup were hurt against Destrehan so we moved him to quarterback. He does whatever he needs to do to help the team.”

Harris will be honored at the year-end meeting of the Greater New Orleans Quarterback Club on Dec. 14 at Rock’n’Bowl.