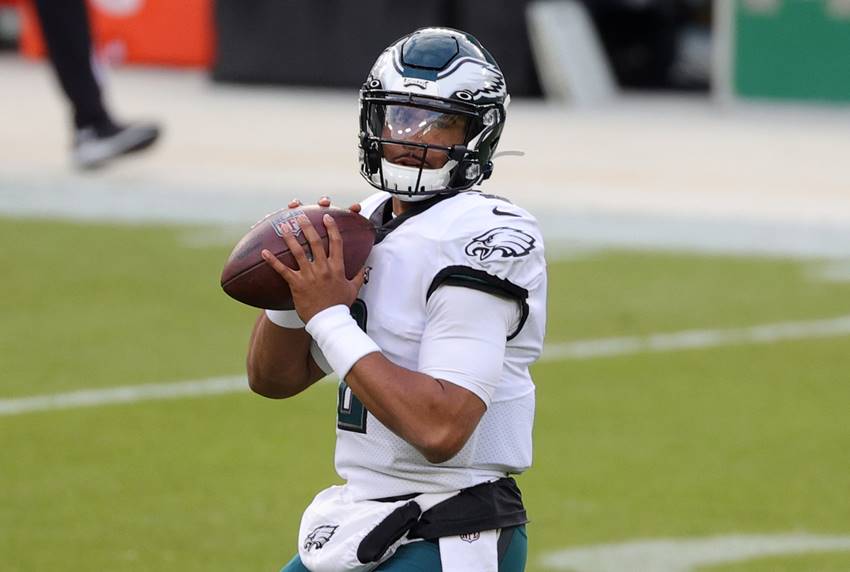 The Eagles uniforms won’t be the only thing green featured this weekend when the Saints play at Philadelphia.

Rookie quarterback Jalen Hurts will get his first NFL start when the Eagles host the New Orleans Saints at Lincoln Financial Field at 3:25 p.m. Sunday.

On the season, Hurts is 8-of-15 for 142 yards with a touchdown and an interception. Hurts, known for his ability to run, has rushed 17 times for 82 yards.

Wentz has completed just 57 percent of his passes with 16 touchdowns but 15 interceptions in 12 games.

Saints had coach Sean Payton is not likely to make an announcement about a starting quarterback anytime soon.

There is widespread speculation that Drew Brees may be able to return this week. Taysom Hill has gone 3-0 in Brees’ absence.