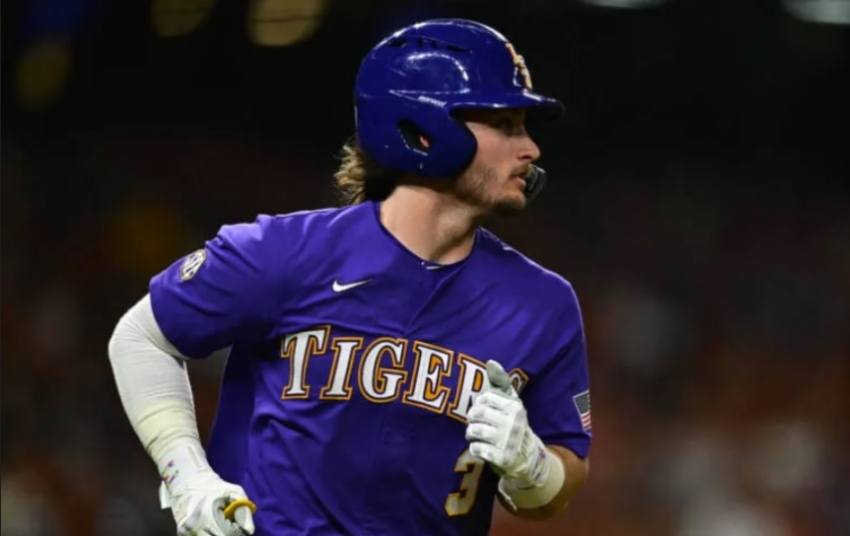 Crews, the 2022 SEC Co-Player of the Year, batted .349 this season with 11 doubles, four triples, 22 homers, 72 RBI and 73 runs. The Tigers’ centerfielder was voted a semifinalist for the Golden Spikes Award and for the Dick Howser National Player of the Year Award.

Crews was voted to the NCAA Hattiesburg Regional All-Tournament team, batting .412 (7-for-15) with two doubles, one homer and four RBI.

He was named SEC Co-Player of the Week on May 9 after he led LSU to a series victory at Alabama, batting a remarkable .636 (7-for-11) in the series with one double, three homers, seven RBI and five runs.

Crews and LSU first baseman Tre’ Morgan have been invited to join the U.S. Collegiate National Team this summer.

The Collegiate National Team Training Camp will feature 48-50 of the premier non-draft eligible college players for a five-game Stars vs. Stripes intrasquad series in North Carolina beginning on Thursday and continuing through July 4.

USA Baseball will name a final, 26-man Collegiate National Team roster after Training Camp that will represent the United States at Honkbalweek Haarlem in the Netherlands from July 9–15.