Having committed one turnover, in his own estimation, in the offseason with comments made to Yahoo Sports on June 3, Drew Brees, who has done a fabulous job of avoiding turnovers on the field, is determined not to commit another one, though he will obviously stick to his principles.

Brees handled his media briefing in excellent fashion Saturday, as most would have expected.

Clearly calculated, Brees opened the briefing by addressing the elephant in the room with a statement regarding the comments he made which hurt and offended some of his Saints teammates.

Brees later apologized regarding the comments, saying he did not understand the depth of the hurt others felt and he addressed his teammates rather quickly after it transpired.

Brees added that it broke his heart to see the reaction of his teammates and fans to his comments.

Today, Brees stated that he and his teammates are now on the same page, having come to a clear understanding.

Malcolm Jenkins, who was a teammate of Brees from 2009-13 and has recently returned to the team as a free agent, was highly critical of Brees after his comments.

While other teammates forgave Brees and others quickly defending him, Jenkins was slow to do so.

Now, Brees says he and Jenkins are not only teammates again but are friends and allies, stating that their goals are the same. Brees added that the focus of the team is not only to win on the field but to accomplish as much as possible with social justice issues.

Still, Brees will stick to his own beliefs, saying he will always stand during the national anthem because of what the song means to him regarding those who have served the country over a long period of time. Brees added that he respects all who choose to kneel and respects anyone who chooses a peaceful form of protest to combat social injustices and systemic racism. Brees says he is the same person he has always been.

One of the most intriguing nuances of Brees preparing prior to running a play or after he throws a pass is to see his ritual of licking his fingers. Brees admitted he was not keenly aware of the habit. Now that he is aware, Brees says he has not done so in four months.

Brees has a new, important, talented and valuable weapon to rely on in 2020 in Emmanuel Sanders.

While there was no offseason workouts and there will be no preseason, Brees has spent time working out with Sanders, stating that he flew to Denver in June and spent a couple of days with Sanders and that he feels great about his new teammate and target.

While Taysom Hill signed a new contract and is widely considered to be the heir apparent to Brees either in 2021 or 2022, Brees has a new comrade in the quarterback room in former Tampa Bay starter Jameis Winston.

Brees said he has spent time with Winston and stated that he enjoys spending time with him, saying Winston loves the game. Winston has been exchanging texts with Brees in an effort to grasp more of the New Orleans offensive system.

Regarding the COVID-19 pandemic, Brees admitted that he and basically everyone are worried about starting camp, even starting a season and then having to stop due to a potential outbreak. Brees admitted what we have all had to admit, that no one really knows how the entire scenario is going to play out. Brees added that Sean Payton stated things best, that COVID and tackle football don’t really mix.

One of the area that critics have pointed to regarding Brees and his slow, if even detectable decline as he advances past the age of 40, is his fading long ball accuracy and distance. Always diligent at working on his game, Brees admitted that he has worked on that aspect of his game, soliciting the help of former Major League pitcher Tom House on improving his deep ball game. Brees stated “there have been some moments of discovery,” an encouraging sign.

After seriously considering retirement following the 2019 season, Brees decided to come back for one reason—to get back to the Super Bowl. Whether the 2020 season will be his last, Brees said he has not reached that decision yet, that he will literally take things one day at a time.

The comments struck the right tone from the most important, most recognizable, most publicized player on a very good team.

With an excellent team poised to make a serious run at winning an elusive second Super Bowl, the leadership, candor and understanding on display from Brees was welcome and appropriate in the clear concept of a true team sport. 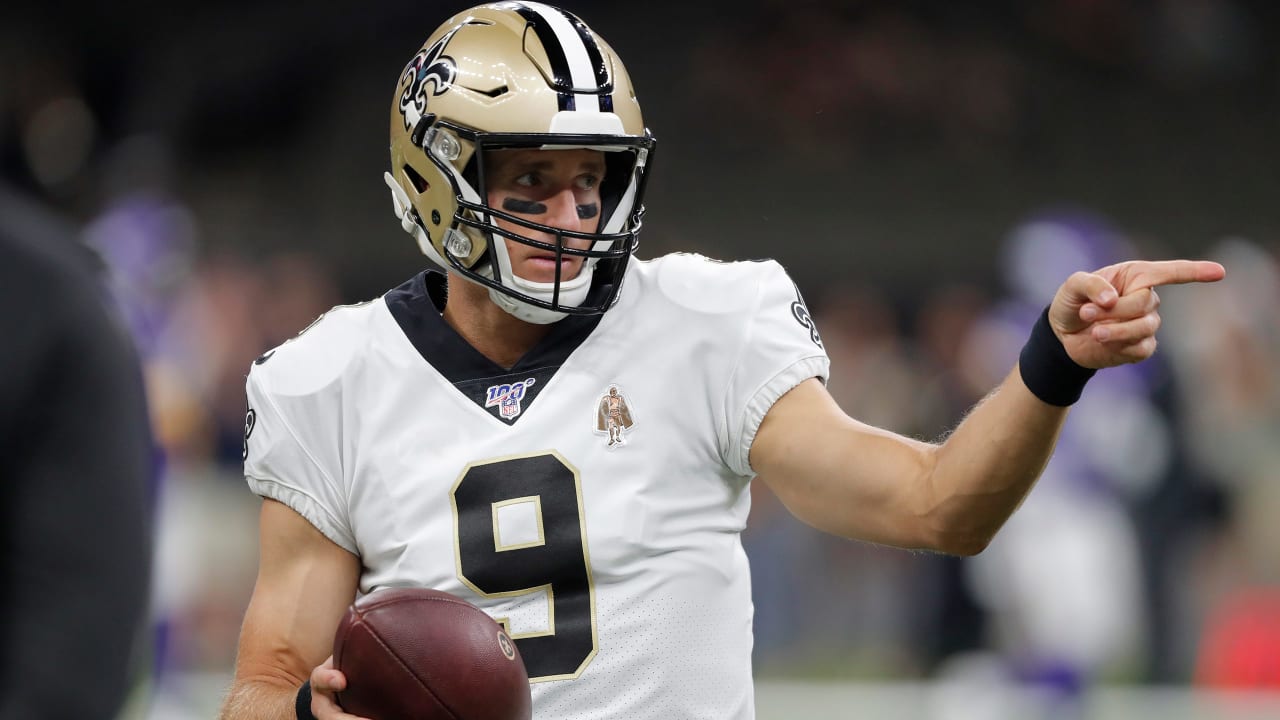 New Orleans Saints quarterback ﻿Drew Brees﻿ comments on the fight for social justice and the team's preparations for the season during Training Camp 2020.