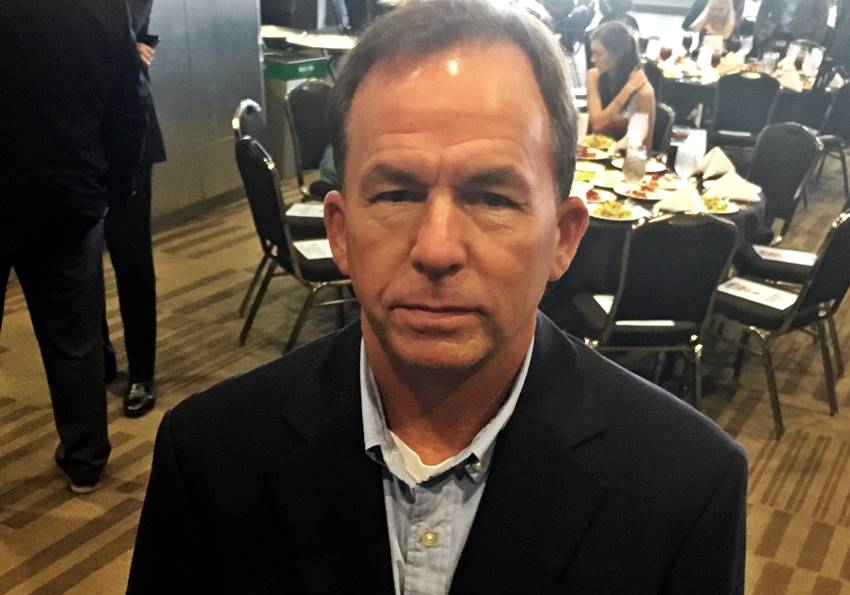 You can go home again.

Doug Faust is returning to Archbishop Shaw to serve as head baseball coach. He will also serve as assistant athletic director under Tom Alef.

Faust posted a 99-68-3 mark as the Eagles made the playoffs all five seasons.

Faust departed Shaw to become the head coach at Loyola, serving the past seven seasons. Faust will finish the season with the Wolf Pack before taking over at Shaw for Kirk Bullinger, who coached the Eagle program from 2013-19.

Archbishop Shaw principal Mark Williams is ecstatic to have Faust back at Shaw.

“The primary goal that we want to have in all of our sports is a coach who believes in the Salesian charism of being among you, not being a top-down coach,” Williams said. “I’m going to show you how its done and I’m going to model it for you. It’s going to based on you and I having a mutual respect for each other. The biggest thing with coaching is active presence. I think Doug will do a great job because he’s well versed in these things, having been here for five years. I know Doug. He’s ready to come in. I consider Doug to be baseball royalty in New Orleans. We are thrilled to have him back.”

The decision to move on from Bullinger was bittersweet for Williams, a Shaw graduate.

“Kirk Bullinger is to me, the nicest man walking around 1000 Selesian Lane,” Williams said. “He is liked as a person by every single person at Shaw. I don’t know anyone who knows more baseball. I watched him call every single pitch based on data. He knew everything about the hitters. I was very impressed with Kirk as a coach. This is not about Mark not liking Kirk. I like and respect him and will for the rest of my life and appreciate everything he did for Shaw High School. He spent seven years of his life here.”

Faust believes Shaw can bounce back from three losing seasons to become a contender in the Catholic League.

“They have good players in the program,” Faust said. “Coach Bullinger has done a good job with the program recently. Hopefully, we can go in and build on everything that has been accomplished. The one thing about Shaw kids is that they are tough. They are mentally tough kids and not afraid of a challenge. That’s how we will play, aggressively, to put pressure on the opposing team and try to win the game. You’ve got to have kids that really believe that. Shaw kids are historically tough in every sport.”

Faust has kept close tabs on the Catholic League while at Loyola, recruiting players from the league to the Wolf Pack and by watching his son, Brady play at Brother Martin.

“I have watched the teams and players closely and recruited several of the players,” Faust said. “I know this is one of the best leagues in the state from top to bottom. Every team in the league can beat you every day of the week. You’ve got to show up every time and play well. You always have your two or three teams who are really good every year. It is a revolving door with different teams ascending in different years. The atmosphere of the Catholic League games is great. There’s nothing like it.”

At Shaw previously, Faust worked under highly respected athletic director Tom Alef, who remains in his position. Alef is thrilled to be partnered with Faust for a third time in his career.

“We are very excited to get someone the caliber of Doug Faust at Shaw again,” Alef said. “Not only is he a very knowledgeable coach but he is very familiar with our school and how we operate at Shaw. He has been a close friend for a very long time. He was the baseball coach at St. Bernard High when I was the athletic director there in the 1990’s. We are very excited about having him back. We look forward to what he will bring.”

Alef expressed gratitude for the job Bullinger did as well.

“We appreciate everything Kirk did,” Alef said. “He is such a good person. His vast knowledge of the game of baseball is appreciated and he is a very hard worker. We thank him for his service and wish him nothing but the best moving forward.”

A Chalmette native, Faust previously served as the head coach at St. Bernard High, Archbishop Hannan and at De La Salle and was an assistant at Jesuit. He played at Delgado and UNO. At Hannan, Faust led the Hawks to nine straight playoff appearances, six district titles and finished as state runner-up in 1998.

Faust is the son of Jean Faust, a terrific coach of many years at Chalmette. The elder Faust was inducted into the St. Bernard Parish Sports Hall of Fame in 2001.