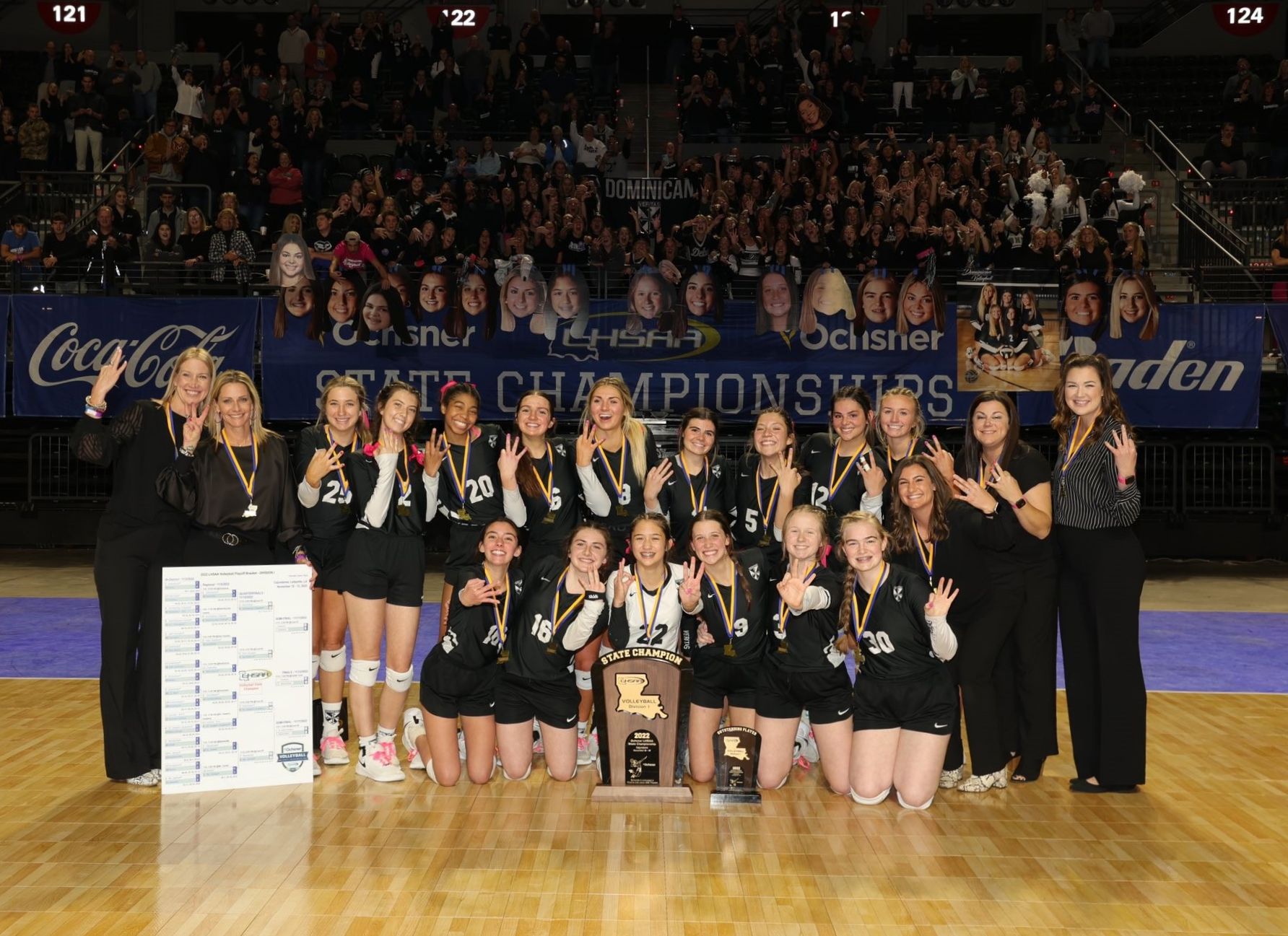 For a decade, Mount Carmel Academy was the dominant force in Division I volleyball. The Cubs remain a force and prime contender annually.

That said, the dominant force mantle has been passed for now.

Top seed Dominican claimed its third straight Division I state championship with a convincing 25-18, 25-12, 26-24 victory over the second-seeded Cubs in the title match at the Cajundome in Lafayette Saturday evening.

Dominican defeated St. Joseph’s Academy in the final in 2020 and 2021 after losing to Mount Carmel in the title match in 2019.

The two district rivals had split a pair of regular season matches but there was no doubt as to who the better side was this time around.

Dominican (43-3) dominated the first two sets before Mount Carmel battled hard, making a run in the third set before succumbing.

Tied 24-24 in the final set, Dominican won the last two points to claim the championship.

It was the first final win for Dominican over Mount Carmel in four tries.

Cam Chatellier was named the Most Outstanding Player of the match, finishing with 20 kills. Anne Hardouin had eight kills and 18 digs and Zoe Smith finished with 11 kills. Gabby Marcello contributed 44 assists to the winning cause.

It was the final match for Mount Carmel coach April Hagadone, who is retiring after 16 years with eight state championships and over 600 career victories to her credit with what was the best program in Louisiana for several years, going back to her predecessor, Jay Jay Juan running the program.

Hagadone was part of a state title as an assistant coach at MCA as well. She will remain at Mount Carmel as athletic director. 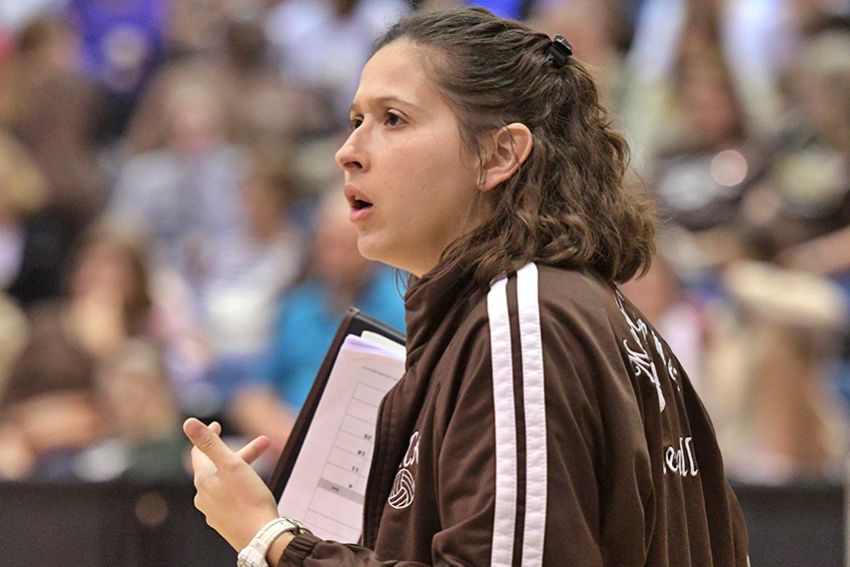 It was October 17th when April Hagadone, in a post-game celebration of her 600th victory as Mount Carmel Academy’s head volleyball coach, announced that this would be her final season.